Whether one is a watch enthusiast or not, there are certain watches that when worn are easy to recognize, which is part of what makes them iconic in the first place. And while some may associate price tags with popularity, there is a reality that not every sought-after timepiece worn by the 1% is out of monetary reach of the middle class, especially now with vintage and pre-owned watches in such demand throughout the world. But which watches might be considered the most historically relevant in design terms? We’ve chronologically collected what we believe to be a solidly “Substantial Six.” 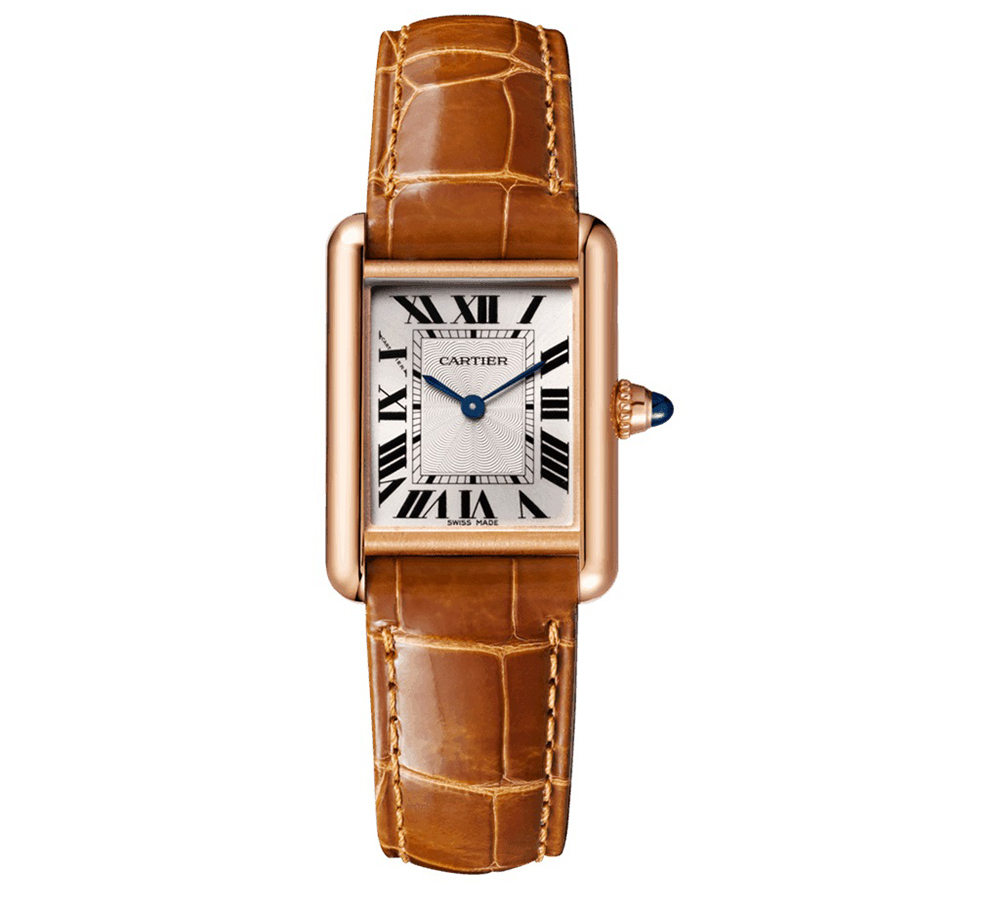 The Tank Watch by Cartier

Designed by Louis Cartier in 1917, the Cartier Tank watch’s signature style was inspired by an actual early 20th-century French tank: the Renault FT17, which also started its service in 1917 and is often referred to by historians as the world’s first modern tank. The watch’s case and outer sides – including the lugs – were constructed to resemble both the tank’s treads and the cockpit, giving the watch a shape that was neither fully rectangular nor fully square.

In production for over 100 years, the Cartier Tank has been worn in various models by everyone from dignitaries like Diana, Princess of Wales, and former first lady Michelle Obama, to Hollywood stars such as Clark Gable, Fred Astaire, and more recently, Rami Malek. 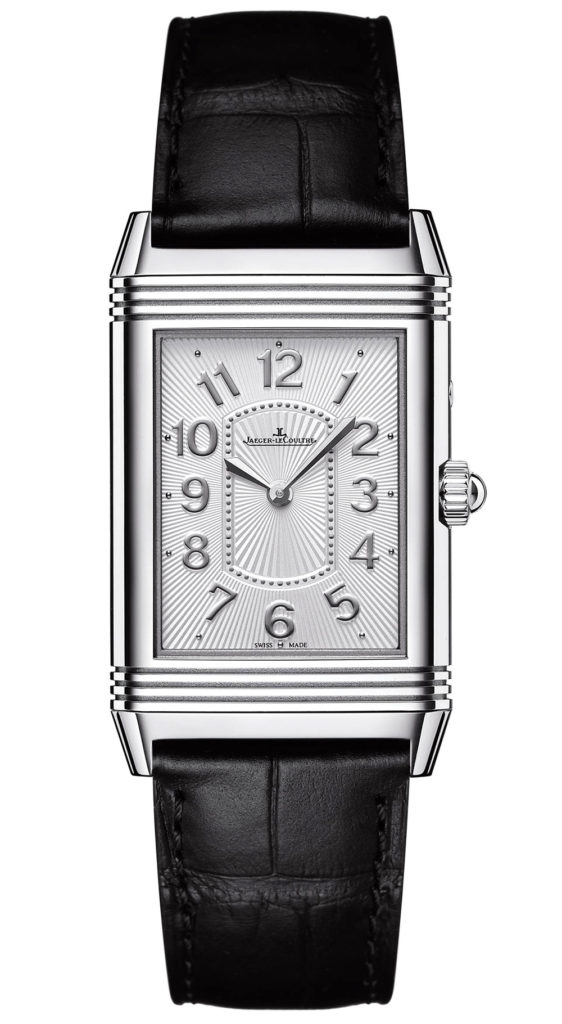 The story of the Jaeger-LeCoultre Reverso dates back to the early 1930s when a Swiss businessman by the name of César de Trey listened to a complaint by a polo player in India about his watch crystal (then made of glass) being smashed during play by a polo mallet. The player challenged de Trey – who was also a brand associate of what was then known as simply “LeCoultre” – to create a watch that wouldn’t get broken during matches, but that would still allow players to see the time. The businessman brought the idea to Jacques-David LeCoultre, before enlisting the help of French designer René-Alfred Chauvot, and in 1931 the dual-sided timepiece was born. Today, the Reverso remains the most popular model in the Jaeger-LeCoultre line largely because of its history, elegant esthetics, and gender-neutral design. 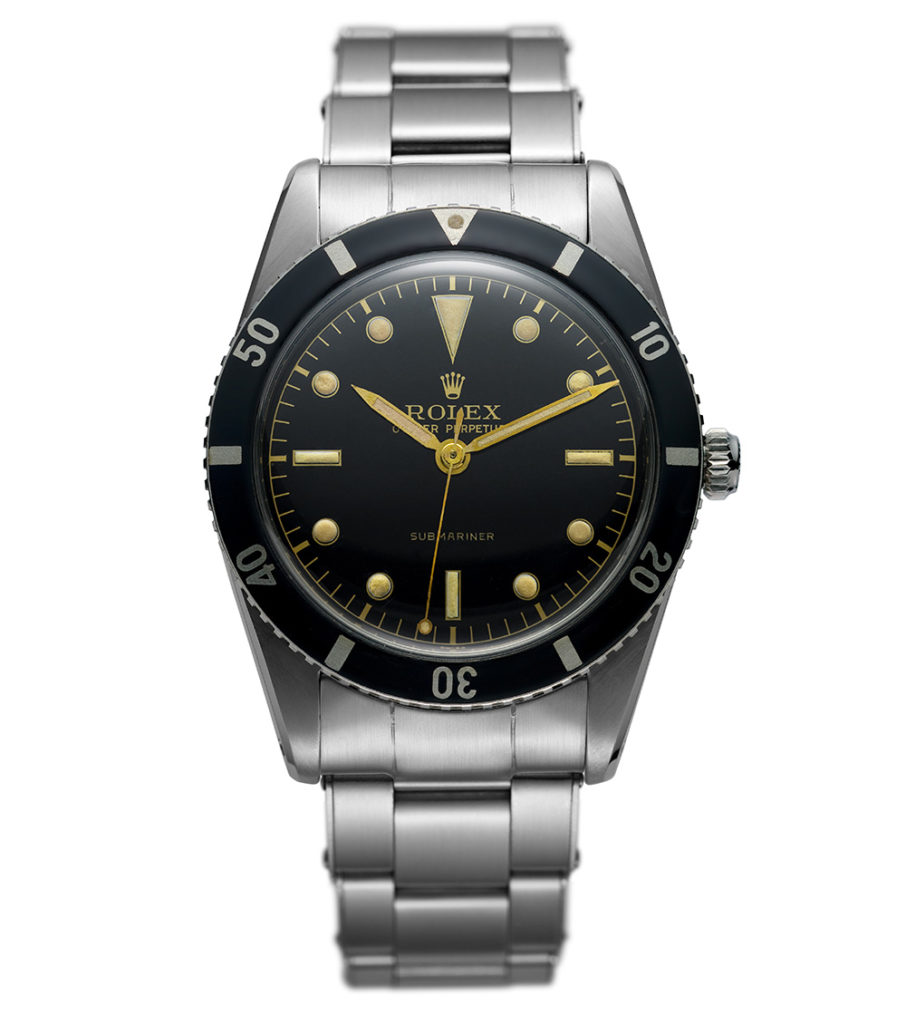 In the early 1950s, Rene P. Jeanneret – a member of the board of directors at Rolex and an amateur diver – expressed to Rolex’s founder, Hans Wilsdorf, his interest in a true dive watch. Wilsdorf’s further vision of producing a watch that would be able to reach depths of 100 meters, while successfully maintaining its water resistance, came to fruition in 1953 and was eventually showcased to the world at the Baselworld fair in 1954.

Over the last sixty-six years, the Rolex Submariner has graced the wrists of dive legends such as Jacques Cousteau (who wore the model shortly after its initial introduction), but the appeal of the watch isn’t limited to those in the dive community, even with its screw-down crown and unidirectional rotatable bezel. “The Sub can go almost anywhere and is tough enough to experience just about anything,” states vintage Rolex expert Eric Wind. “It is the quintessential sports watch, in my opinion.” Favored among men and women alike, the Submariner has been spotted over the years on celebrities such as Sean Connery, Al Pacino, and Sharon Stone. 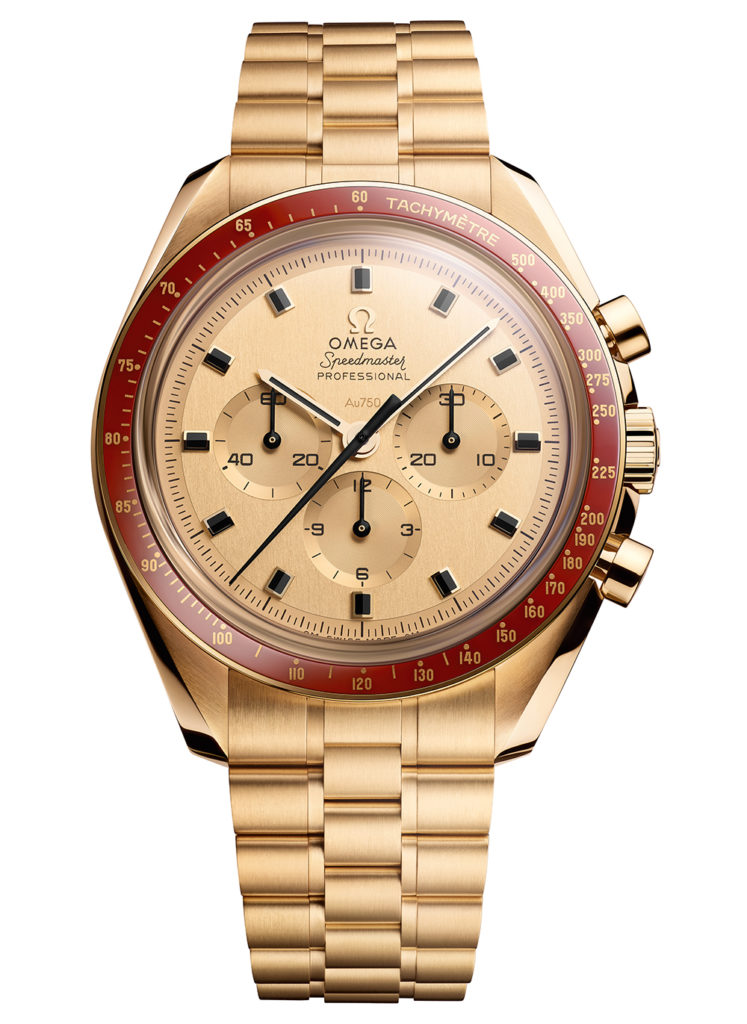 With a case designed in 1957 by Claude Baillod and originally intended as a chronograph that would appeal to the racing community, the original Omega Speedmaster – model CK 2915 – contained the Caliber 321 movement, originally developed in 1946. But the popularity of the Speedmaster didn’t hit the next level until the brand’s association with NASA, eventually leading to its permanent place in history as the first watch to ever go to the moon.

The relative affordability of the Speedmaster is one of the reasons the watch remains as sought after today as it was in years prior, and with hashtags such as “#SpeedyTuesday” (wherein owners of the model showcase their personal Speedmasters on Instagram every Tuesday), and dedicated fan pages on various other social media, the watch’s favorability shows no signs of slowing down. 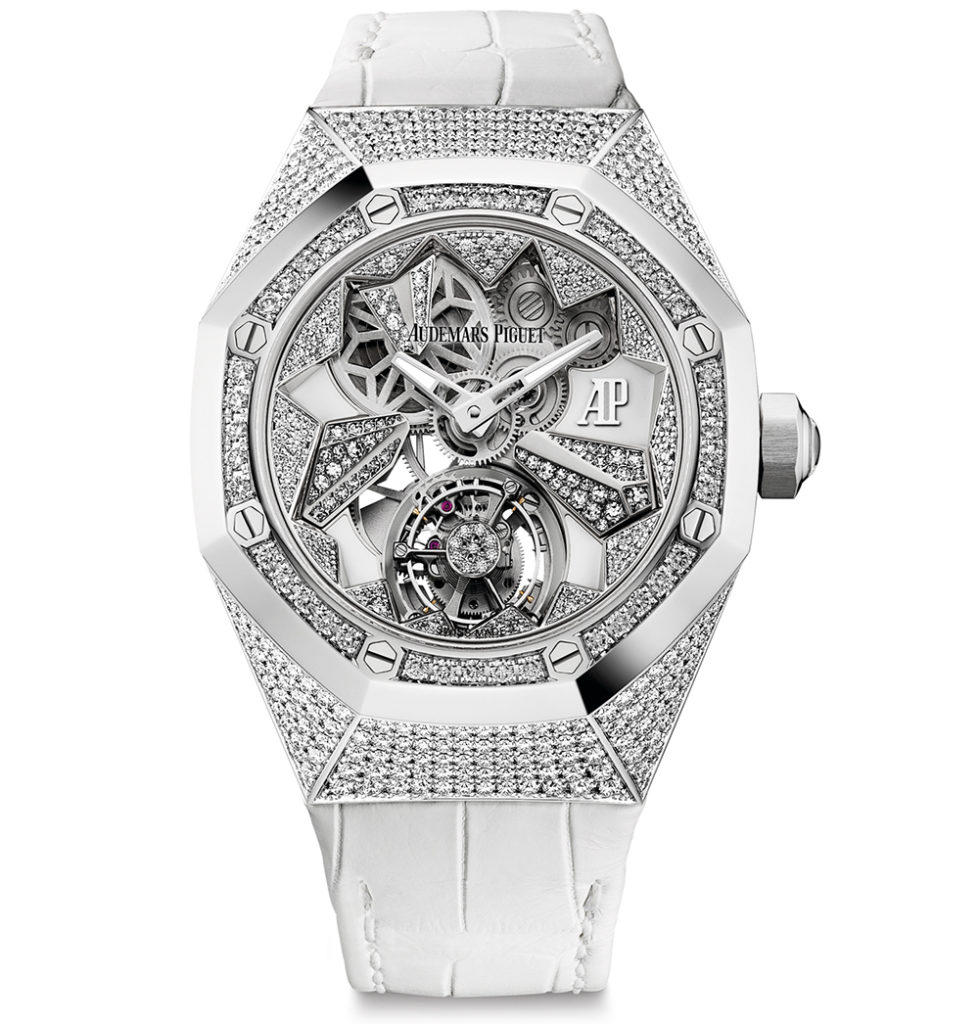 The Royal Oak by Audemars Piguet

In the midst of what is now known as the “quartz crisis” of the 1960s and 1970s, a handful of Swiss watch manufacturers stood their ground and continued making mechanical timepieces, with a few even challenging the norms of traditional watch design. Audemars Piguet was a disrupter of their era when – with the help of Swiss artist and watch designer Gérald Genta – the brand launched their Royal Oak collection at the Baselworld Watch and Jewellery Fair in 1972. But it wasn’t just the aesthetics of the watch that separated it from every other watch design that had existed thus far; it was the fact that it was also the first stainless steel watch marketed to the public as a luxury timepiece.

Today, the Audemars Piguet Royal Oak is available in a variety of metals, dial colors, finishes, sizes, complications, and price points, making it wildly popular with both watch enthusiasts and novices. “There is a sense of comfort that comes with iconic yet simple designs in any product,” says Hind Seddiqi, Director General of Dubai Watch Week. “The fact that the Royal Oak is so iconic, yet still looks great with the use of different materials, is proof that it will continue to be a sought-after watch.” 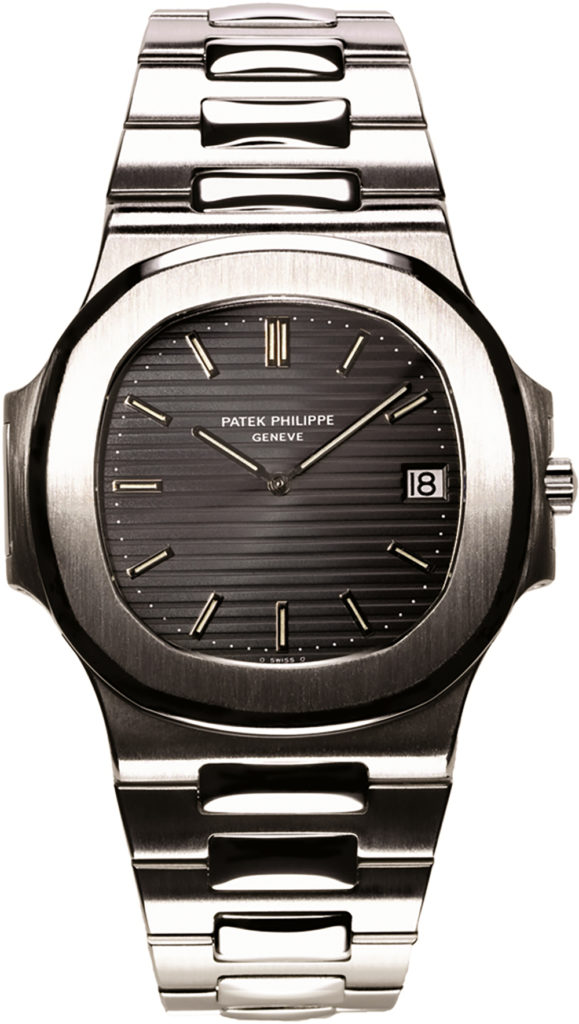 In 1976, after 137 years of manufacturing prestigious and often highly-complicated Swiss timepieces known the world over for their quality and longevity, Patek Philippe launched its first-ever sport which they decided to call, Nautilus. With a case shape designed by Gérald Genta and inspired by a ship’s porthole, the Nautilus took its name from the submarine in Jules Verne’s bestselling novel, 20,000 Leagues Under the Sea. However, the design and name of the watch weren’t the only characteristics tying it to the sea. The piece – crafted in steel – was also water-resistant to 120 meters, which for the mid-70s was a substantial depth. In fact, one of the original print advertisements for the Patek Philippe Nautilus read, “Nautilus, with its hand-finished Patek Philippe self-winding movement, will accompany you when you dive, or when the occasion is formal or festive, or when you set out to slay dragons in the boardroom.”