WASHINGTON — John Bolton’s bombshell may have blown a hole in the GOP plan to end Donald Trump’s impeachment trial without any witnesses.

The Republicans most likely to decide if Trump’s trial will include new witnesses said Monday that Bolton’s new claims make it more important that the Senate hear from him under oath. And given how explosive Bolton’s claims are, they might not be alone.

“The reporting on John Bolton strengthens the case for witnesses. It has prompted a lot of conversations among my colleagues,” Maine Sen. Susan Collins told VICE News.

Trump’s former National Security Adviser reportedly writes in his upcoming book that the president told him directly that he had suspended $391 million in military aid in order to pressure Ukraine, a claim that knocks down the central defense from Trump’s team: That no one’s said Trump directly ordered the hold on aid for selfish political reasons.

READ: ‘You think Russia ever goes in and gets Ukraine?’: The wildest things Trump said at a private dinner in 2018

Democrats have pushed for Bolton to testify since the beginning of the trial, and he’s said he’d be willing to appear under subpoena. Democrats would need four Republicans to defect, and keep all of its’ votes to compel witnesses. That didn’t look likely to happen — until now.

House Intelligence Committee Chairman Adam Schiff (D-Calif.), the House’s lead impeachment manager, said the news of Bolton’s direct conversation with President Trump makes it “all the more clear why you can’t have a trial, a meaningful trial, without witnesses.”

Bolton’s public testimony could be crucial. Trump’s defense has centered on the claim that no one has directly testified that they were ordered by Trump to withhold aid from Ukraine until the country’s leader agreed to announce an investigation into Joe Biden, an argument his lawyers returned to on Monday.

That’s already not entirely true — multiple people testified that Trump made these demands crystal clear to U.S. Ambassador to the European Union Gordon Sondland, and that Sondland relayed those conversations in real time.

But if Bolton comes to the Senate and swears under oath that the president did indeed condition military aid on political favors, that would erase any remaining question of Trump’s knowledge of the plot.

“I think it’s increasingly clear that what John Bolton would have to say would be important for those of us who are asked to render impartial justice.”

“I think it’s increasingly clear that what John Bolton would have to say would be important for those of us who are asked to render impartial justice,” Sen. Mitt Romney (R-Utah) told VICE News on Monday at the Capitol.

Earlier, Romney told reporters it was “increasingly likely that other Republicans will join those of us who think we should hear from John Bolton.”

Just days ago, it appeared that too few Republican senators would be willing to buck their party on allowing new witnesses. Four Republicans need to break with Trump, and only three had signaled they were leaning that way: Romney, Collins, and Lisa Murkowski of Alaska.

“I said before I was curious about what Ambassador Bolton might have to say. I’m still curious,” Murkowski said Monday.

“I said before I was curious about what Ambassador Bolton might have to say. I’m still curious.”

With those three onboard, it would just take one more GOP senator to break with their party to get to the 51 votes needed to call new witnesses. The senator most likely to do so was playing his cards close to the vest.

“I’ve worked with my colleagues to make sure we have a chance after we’ve heard the arguments, after we’ve asked our questions, to decide if we need additional evidence, and I’ll decide then at that time,” Sen. Lamar Alexander (R-Tenn.) told reporters as he walked to to the Senate floor Monday afternoon for the resumption of the impeachment trial.

Alexander tops the list of Republicans who might break with Trump — or he might be the whole list. He’s a moderate with a long independent streak, and he’s retiring at the end of 2020. Others to keep an eye on include moderate Sen. Rob Portman (R-Ohio) and Sen. Cory Gardner (R-Colo.), who’s up for reelection in a blue-leaning state this fall, but both appear less likely to buck their party.

The Bolton news is unlikely to dramatically reshape how Republican senators handle the remainder of the impeachment trial. Most will still vote against removing Trump from office, and it’s still not even clear if four will vote to allow the Senate to call witnesses like Bolton.

But the latest news ramps up pressure on both the handful of GOP moderates who are taking impeachment seriously and the few Republicans facing tough reelection fights next fall, like Gardner, Collins, and Sens. Martha McSally (R-Ariz.) and Thom Tillis (R-N.C.).

Cover: Sen. Mitt Romney (R-UT) talks to reporters before heading into the weekly Senate Republican policy luncheon at the U.S. Capitol January 21, 2020 in Washington, DC. Senators will vote Tuesday on the rules for President Donald Trump’s impeachment trial, which is expected to last three to five weeks. (Photo by Chip Somodevilla/Getty Images) 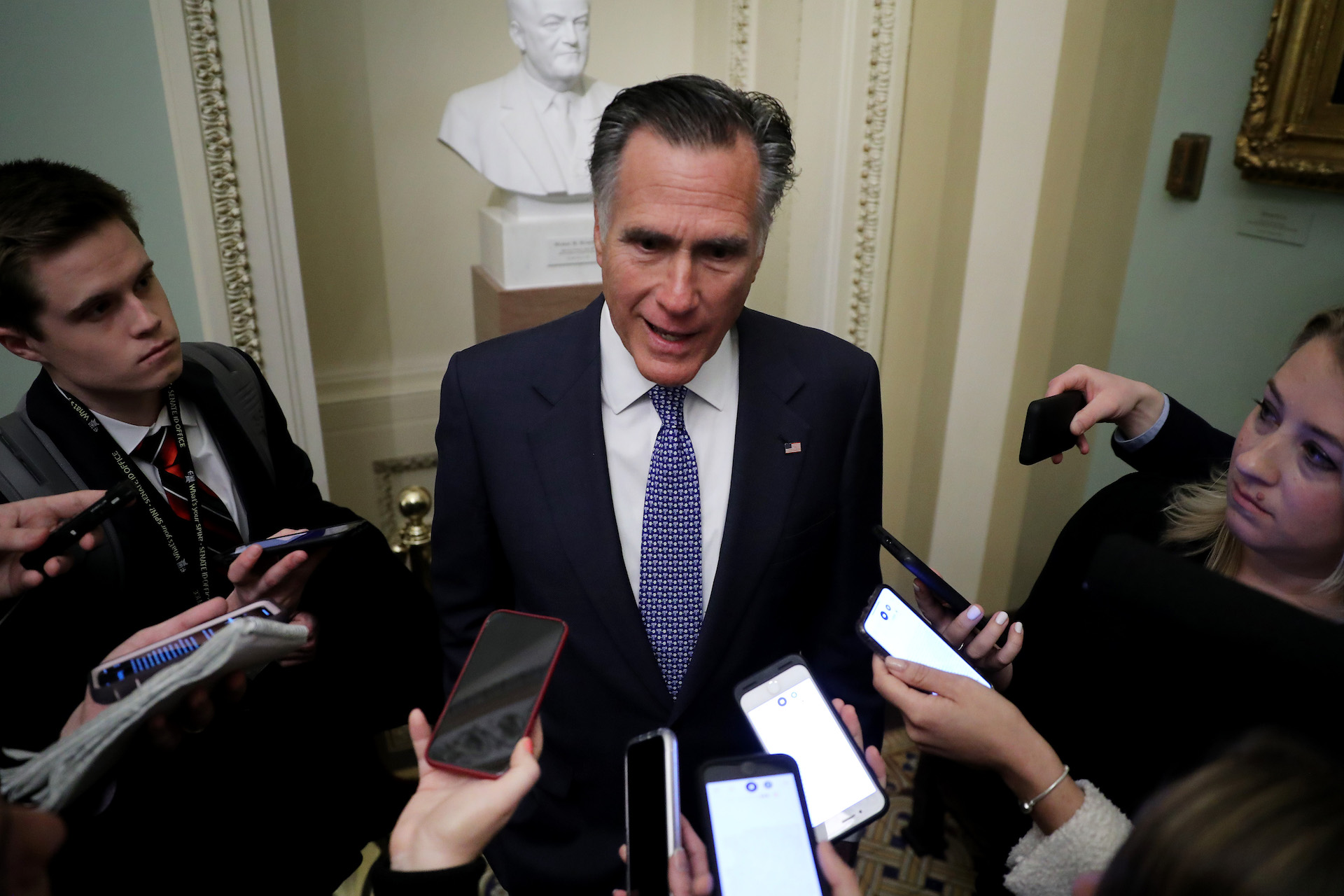 How to Easily Find Door Handles That You Want

Waitrose named best supermarket by Which?