A day after Miriam Haley testified that Harvey Weinstein forcibly performed oral sex on her in 2006, Haley’s old roommate took the stand in Weinstein’s criminal trial to back up Haley’s account.

Elizabeth Entin told the Manhattan courtroom Tuesday that Haley, a former production assistant, had told her about the alleged assault shortly after it occurred, USA Today reported. Haley says that she met with Weinstein in his New York City apartment for what she thought was a business meeting. But instead, Weinstein started kissing and fondling her; despite Haley’s protests, Weinstein ultimately pushed her on a bed, ripped out her tampon, and put his mouth on her genitals, Haley alleged.

“Miriam, that sounds like rape,” Entin recalled telling Haley, according to USA Today. (Haley has legally changed her name from Mimi Haleyi, the New York Times reported.) “Why don’t you call a lawyer?”

But Haley “wasn’t very present,” Entin said. “She still just seemed very distraught and was shaking and didn’t really want to pursue it or talk about it.”

Dozens of women have accused Weinstein of sexual assault and harassment, but the 67-year-old movie producer is facing five charges related to alleged encounters with just two: Haley and another woman, an aspiring actress who VICE News is not naming because she identifies as a rape survivor.

If convicted of the most serious of the charges, Weinstein could spend life behind bars. He’s pleaded not guilty. The trial started earlier this month and is expected to last until March.

This isn’t the first time during Weinstein’s trial that a witness has supported another’s story. Last week, after Annabella Sciorra testified that Weinstein raped her in the early 1990s, actress Rosie Perez testified that Sciorra had told her about the alleged assault and named Weinstein. While Sciorra’s allegation was deemed too old to try separately, Sciorra’s testimony — as well as the testimony of three other women who are expected to take the stand — are being used to bolster the prosecution’s case that Weinstein was a serial sexual predator.

Perez said that initially, Sciorra said she’d been raped but didn’t reveal who had done it, according to the New York Times. It wasn’t until months later that Perez was able to piece together what happened.

Weinstein’s defense has attempted to cast Weinstein’s relationships with his accusers as transactional but consensual; they’ve pointed out that some maintained relationships with him after the alleged assaults. (Haley has said that Weinstein had sex with her a few weeks after the alleged assault, while she stayed motionless on a bed, Variety reported; that encounter is not part of the indictment against Weinstein.) On Monday, Weinstein attorney Damon Cheronis asked Haley about seeing Weinstein at the Cannes Film Festival and about a plane ticket Weinstein allegedly paid for. 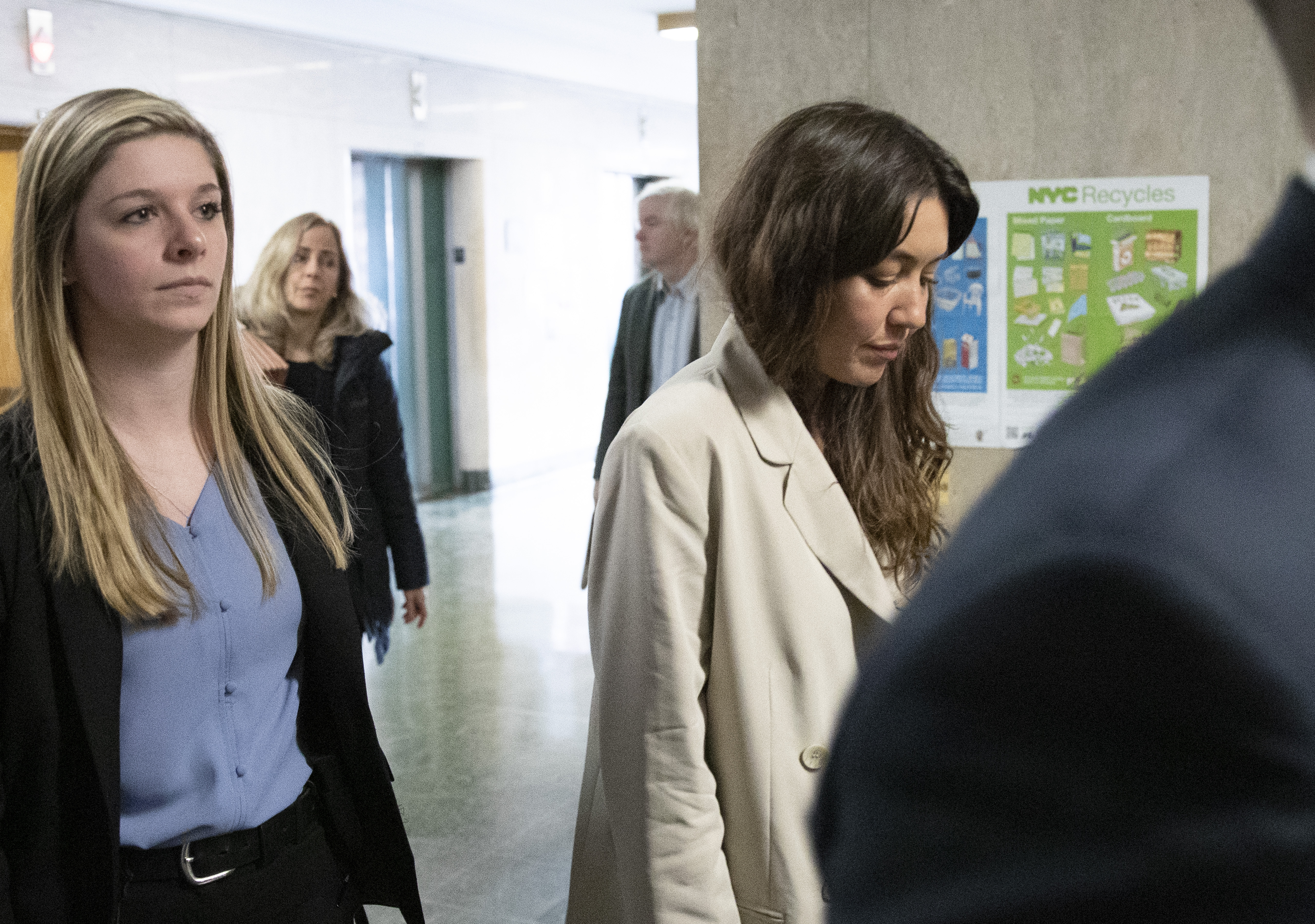