PigeonBot, a drone with feathers from real pigeon corpses, is a new drone that allows drone-operators to manage flight like a real bird. The new UAV (unmanned aerial vehicle) was developed by a team of researchers at Stanford University’s Bio-Inspired Research & Design (BIRD) lab, making use of a pair of “biohybrid morphing wings” made from real feathers.

In a report published in Science Robotics, David Lentink, a trained biologist and aerospace engineer, and his team discovered that most birds use the help of a particular ligament instead of individual muscles to control each of their feathers. This lead to the study of the property of birds (in particular pigeon’s) wings to understand how their wings could change shape so quickly. 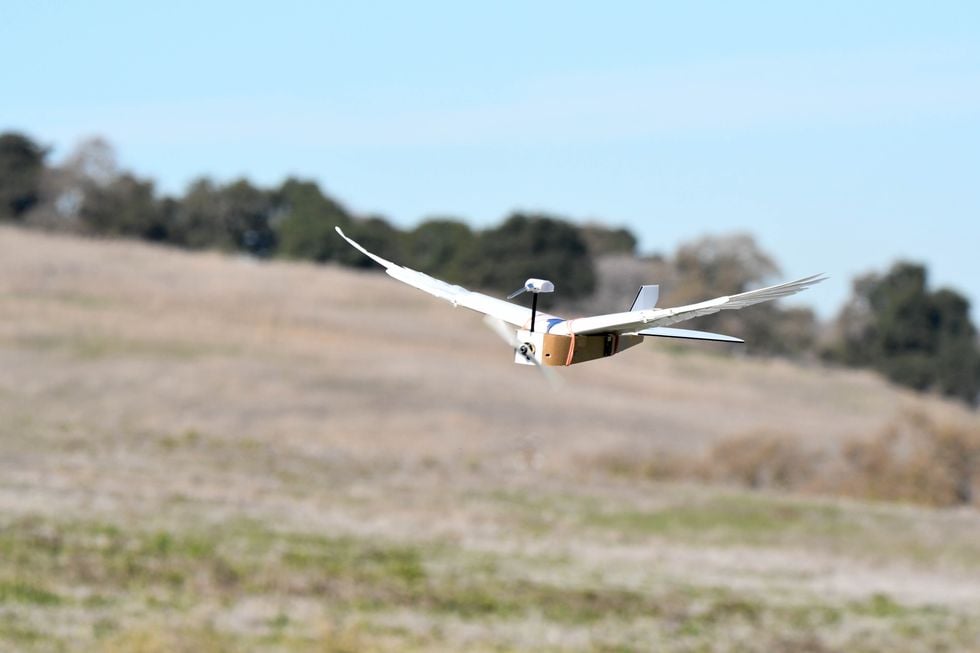 Lentink and his graduate students’ study, and final prototype, better clarify the dynamic wing shape and the complex positions of individual feathers that to date still hasn’t been fully defined and explored. They were able to analyze the bid’s skeletal motion to see how it related to moving 20 primary flight feathers and 20 secondary flight feathers and then use 40 real pigeon fathers to create the prototype.

The prototype is a biohybrid aerial robot as it combines both biological and artificial elements with a body made up of foam board and a propeller-driven electric propulsion system to get it up into the air. PigeonBot also has a collection of smart tech through sensors that couple the autopilot system like radios, three-axis accelerometers, GPS, barometers, gyroscopes, and magnetometers. Looking like a robotic pigeon, at the rear, the tail – which the team is working on to match the wings – assists with longitudinal control and a rudder for lateral control.