Dunning was an aspiring actress when she met the movie mogul in 2004, the New York Times reported. Weinstein suggested he could help further her career, and shortly afterward, they met at a hotel suite-turned-makeshift production studio, according to the Hollywood Reporter. During that meeting, she testified, Weinstein slipped his hand up her skirt and touched her genitals, without her consent.

“There were no red flags or alerts or anything that would make me expect this to happen,” Dunning recalled during her Wednesday testimony, according to the Hollywood Reporter. “It was a few seconds, but I just kind of froze for a minute and then stood up. He told me not to make a big deal out of it. He apologized, said it wouldn’t happen again, and then we walked back out into the other room.”

A few weeks later, Dunning agreed to meet Weinstein at a New York hotel. She thought they would be discussing film projects.

In a 2017 New York Times op-ed, Hayek called Weinstein a “monster” who embarked on a prolonged sexual harassment campaign against her. In December 2019, Theron told the Times that Weinstein would drop her name and say she’d slept with him for roles.

(In a series of statements, Weinstein told the Times through a spokesperson that he’d hired Theron for projects exclusively based on her acting prowess. In his first statement, he said he was “frankly surprised” at her comments; in a second, he said, “In this situation, she’s relying on the words of a lawyer who is suing for money.”)

On the stand Wednesday, Dunning said she became afraid when Weinstein yelled at her.

“I ran to the door and literally ran down the hall to the elevator,” she told the courtroom. “He was screaming. He was a big guy, and he was towering over me. I was really scared.”

Dunning is one of a number of women who are taking the stand but whose accounts are not directly linked to the charges facing Weinstein. Instead, their testimony is meant to bolster the prosecution’s portrait of Weinstein and his alleged sexual predation. For example, Dunning said she met Weinstein in hotels — a detail found in many of the stories of the 80-plus women who’ve accused him of sexual harassment and assault. (Weinstein has pleaded not guilty and maintained that all of his sexual encounters were consensual.)

Dunning said that prior to the criminal case, she had never told anybody about that first encounter with Weinstein, Variety reported. Telling people about the second had been difficult enough.

“I was embarrassed,” Dunning said. “I wanted to pretend like it didn’t happen. I just didn’t want to be a victim.”

Cover: Harvey Weinstein leaves for the day during his trial on charges of rape and sexual assault, Tuesday, Jan. 28, 2020 in New York. (AP Photo/Craig Ruttle) 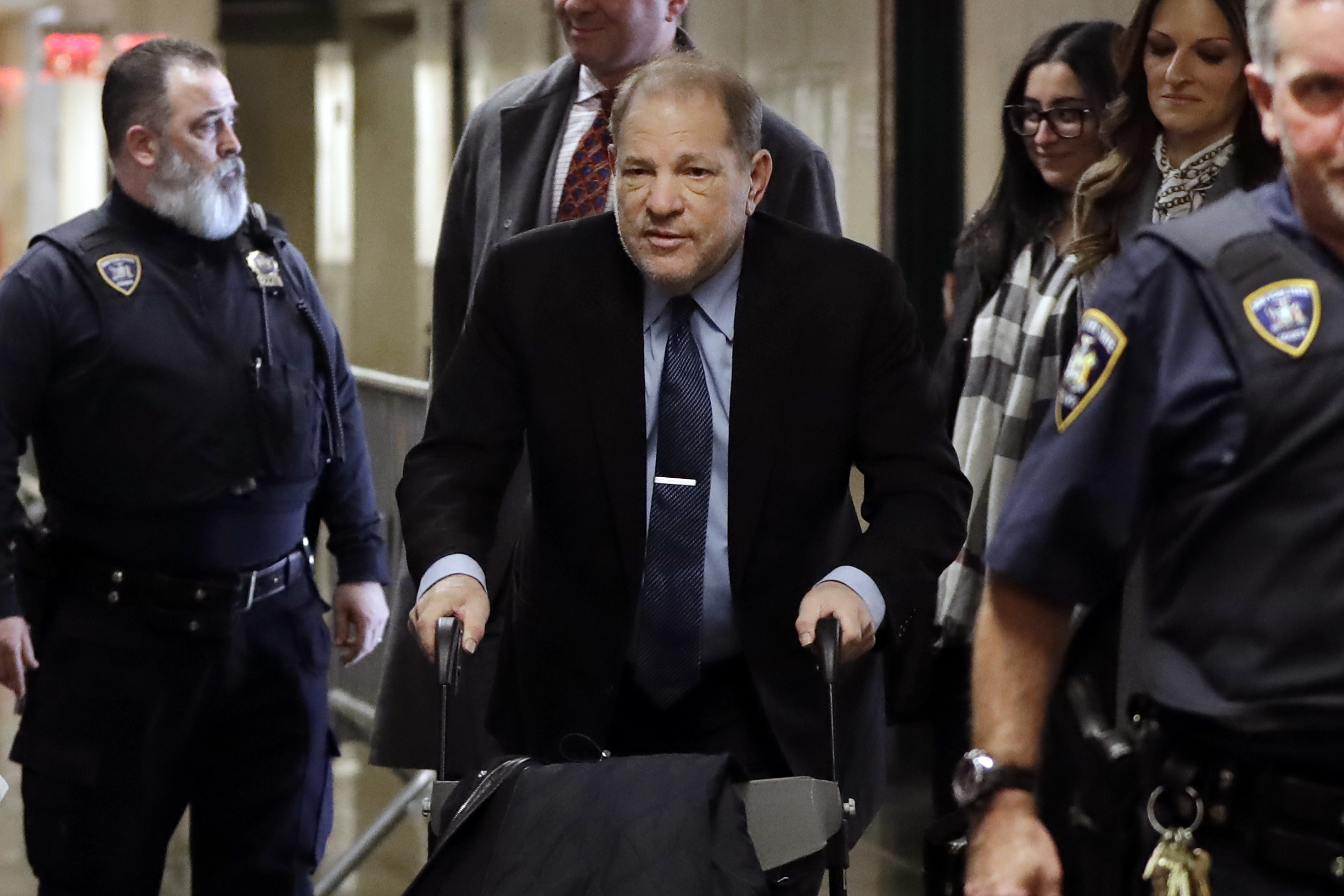 The GOP Is Working on Its Own Climate Plan. It Involves ‘Clean’ Coal and Planting Lots of Trees.