DES MOINES — The Iowa caucuses are finally here! Now how the hell do they work, again? And why do they matter?

Monday night marks the official start of the 2020 campaign. The caucuses often help surging candidates make their mark on the race, and show weak front-runners for what they are. Here’s how they work — and who has the most to gain and lose by their results.

How do the caucuses work?

Let’s start with the basics: They’re not a primary. In normal primaries, people show up, vote and leave, and whoever gets the most votes wins. The fun and frustration of caucuses in general, and Iowa’s in particular, are that it’s much more of a Rube Goldberg election system.

The tl;dr version is that caucusgoers show up at their local site, whether it’s a high school gym, church basement, or local VFW hall. Candidates’ precinct captains will make little speeches about why their dude is so great. Then the caucusgoers will physically group up by the candidate they support. A raw count will be done of the vote. Then the people who back the candidates who didn’t hit the viability threshold to win delegates (in most cases 15% support) get a chance to revote for their second candidate. That round is what actually counts toward who gets delegates — those numbers are put through a complicated formula to determine state-level delegates.

READ: Biden is in trouble with moderates — and it could kill his campaign

This year’s particularly weird: The Iowa Democratic Party decided, in a move towards transparency, it will release all three numbers on caucus night, as well as a final number of how many delegates each candidate won.

The traditional measure (and the one the Associated Press and most big news organizations are going to use) is the third number — state delegate equivalents. But the raw vote will also be interesting to watch — and could confuse exactly who won on caucus night, especially if the race is close and different candidates lead by different measures.

When will we know anything?

The caucuses themselves start at 7 p.m. local time, 8 p.m. EST. The smaller precincts, many of them in rural areas, should start reporting results within the hour or so after that. The larger precincts — especially the biggest sites around Des Moines and Iowa City — could take another hour.

READ: Bernie might win Iowa — and the Democratic Establishment Is in Freak-Out Mode

The state Democratic Party will be reporting out results on a rolling basis as precincts submit their numbers. They’re doing it by waiting until each precinct is finalized and then posting the three numbers they’re releasing for each site, and then will do the full release when it’s all in.

Assuming no major snafus, we should have a pretty good sense of where things are heading between 8:30pm and 9:30pm local time.

Will Biden boom or bust?

No matter what happens Monday night, Joe Biden will still be in the race come Tuesday. But his standing in the race may be greatly enhanced or diminished.

According to polls, Biden has a real chance to win the Iowa caucuses — or fall flat on his face. If he wins, that’d be a huge boost of momentum for the longtime front-runner, showing he can win in crucial states and erasing some questions about how well he can do on the campaign trail. But there’s a four-way cluster at the top of recent polling between him, Bernie Sanders, Elizabeth Warren and Pete Buttigieg. If Biden slips to third or even fourth place, that could be a body blow to his campaign.

READ: What happens if nobody wins Iowa?

Crowd size measures aren’t the best predictor of how well a candidate will do on election day, but it’s worth noting that the former vice president generally had the smallest Iowa crowds of any of the candidates VICE News has seen in the past few days.

Sanders was drawing thousands to his final rallies (aided by out-of-town canvassers and draws from big bands Vampire Weekend and Bon Iver). Pete Buttigieg pulled thousands at his final rally in Des Moines. Elizabeth Warren drew more than 500 people on more than one occasion. Even Amy Klobuchar packed a few hundred people into a Bettendorf brewery Saturday morning. Many of Biden’s events were more like 100 or 200 people. His biggest rally VICE attended appeared to have about 500 people there — a crowd that looked slightly smaller than Warren’s, down the road just an hour earlier.

And notably, Biden wasn’t even the closing speaker at his own rallies. Former Iowa Gov. Tom Vilsack (D) closed things out for him during Friday’s swings, while former Secretary of State John Kerry did the honors Saturday in Cedar Rapids.

He’s banking on older, regular caucus-goers. A small turnout might benefit Biden — and the fact that he’s a lot of caucus-goers’ second choice in polling, so he could see a bump in support after the also-ran candidates are whittled away.

Iowa’s results generally do more to knock out the also-rans than declare winners. Candidates who underperform expectations or fail to generate momentum often call it quits after the caucuses. This year, many have already dropped out because of unusually stringent debate requirements as well as struggles to raise enough cash, and many of the also-rans who are still sticking around are doing so in spite of missing the last Democratic debate.

Many will likely keep slogging along to New Hampshire, which holds its primaries a week from Tuesday. But there’s a good chance we’ll see one or two candidates call it quits after failing to win many votes Monday night. 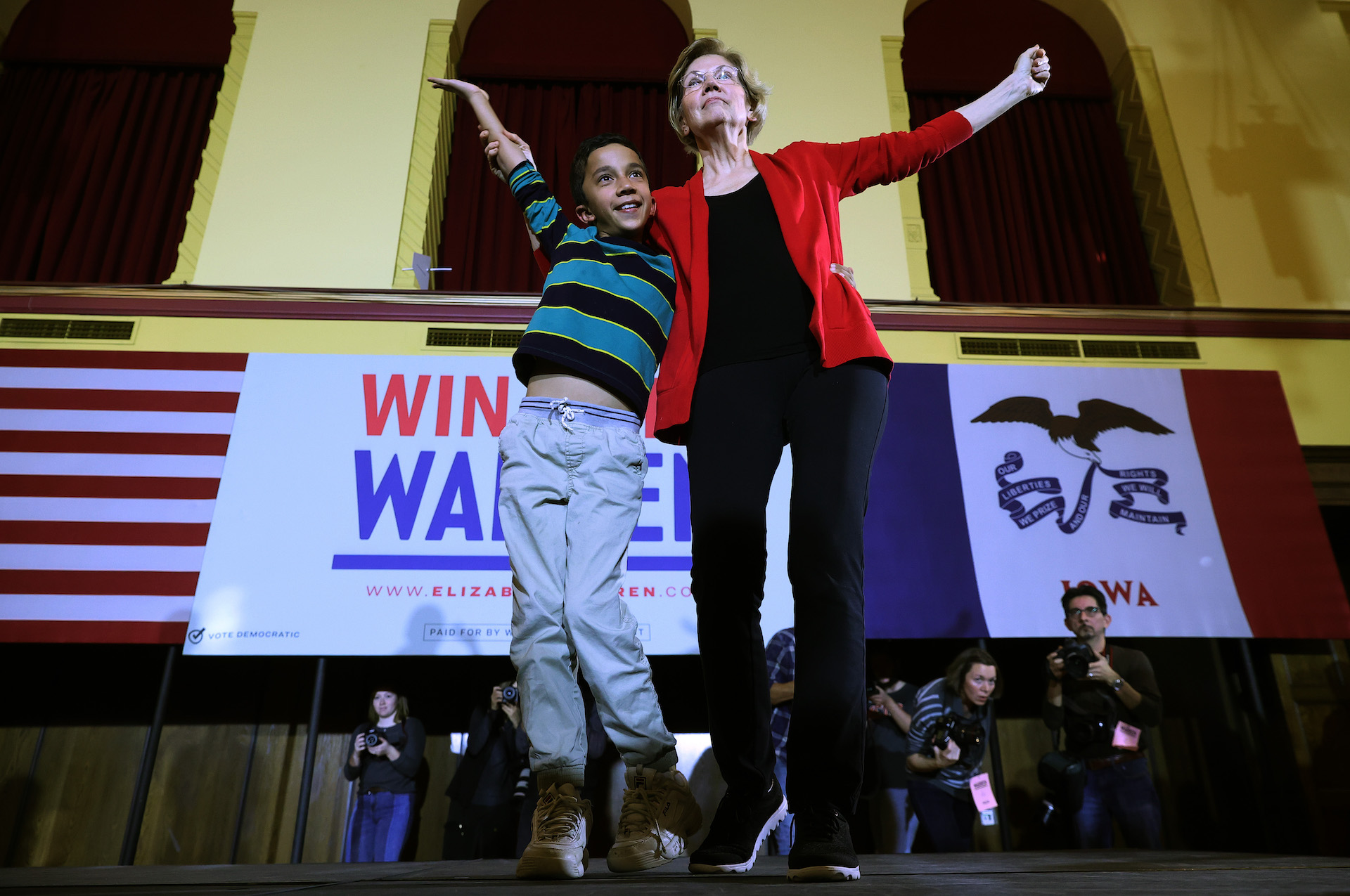 GameStop: Who is winning the market battle?