The news sent shockwaves through a conservative media that Limbaugh has shaped for three decades with millions of weekly listeners and influence with the top ranks of the Republican Party.

“There are going to be days that I’m not going to be able to be here because I’m undergoing treatment or I’m reacting to treatment,” Limbaugh told his listeners. “My intention is to come here every day I can, and to do this program as normally and as competently and as expertly as I do each and every day, because that is the source of my greatest satisfaction professionally, personally.”

Limbaugh told listeners of his show Monday that he was diagnosed in late January, soon after his 69th birthday, and will begin treatment shortly.

“I wish I didn’t have to tell you this,” he said. “And I thought about not telling anybody. I thought about trying to do this without anybody knowing, because I don’t like making things about me.”

Much of conservative media today can trace its roots back to Limbaugh’s entrance to the national stage near the end of the Reagan era. And he still carries huge sway in its collective output today.

“This is seismic. He made this whole industry,” said Brian Rosenwald, author of Talk Radio’s America and a scholar in residence at the University of Pennsylvania. “He showed there was a hunger out there, a market, for an entertaining conservative news product that talked about the issues of the day. Without Rush, I don’t know that we get Fox, I don’t know that we get the entire conservative media empire.”

Launched in 1988, The Rush Limbaugh Show injected a smashmouth politics into talk radio that hadn’t previously existed. The syndicated radio program was accompanied by a TV show in the early 1990s that was produced by Roger Ailes. Ailes would go on to mastermind Fox News starting with its launch in 1996.

“Fox’s programming is very much a television version of what Rush did first,” Rosenwald said. “Anyone who’s in the conservative media world can tell you that Rush drives the content on a lot of these other shows.”

Audience sizes are notoriously difficult to measure, but Limbaugh claimed in 2017 that his afternoon program reached 14 million listeners a day. It influenced other conservative media, pushed the Republican Party to the hard right on issues like immigration, and pressured GOP leaders to not compromise with Democrats.

It also helped Limbaugh amass a huge personal fortune, including an 8-year, $400 million contract he signed in 2008.

The shock jock created considerable controversies through it all by unfairly bashing critics and political opponents, from famous actors to little-known law students. He also sought treatment in the early 2000s for an addiction to painkillers.

Limbaugh didn’t flout his proximity to power as much as other right-wing media figures. But he has hosted President Donald Trump on his show and lunched with him at his club in Florida. He played golf with former House Speaker John Boehner and hosted then-candidate George W. Bush at a family home.

Sean Hannity, king of Fox News’ primetime lineup and a de facto Trump adviser, got one of his first breaks as a vacation substitute for Limbaugh. In his own mega-popular radio show Monday afternoon, Hannity compared the radio host to William F. Buckley, founder of National Review and a godfather of the modern conservative movement.

“I always talk about the pioneers because I love them so much,” Hannity said. “He paved the way for all of us.” 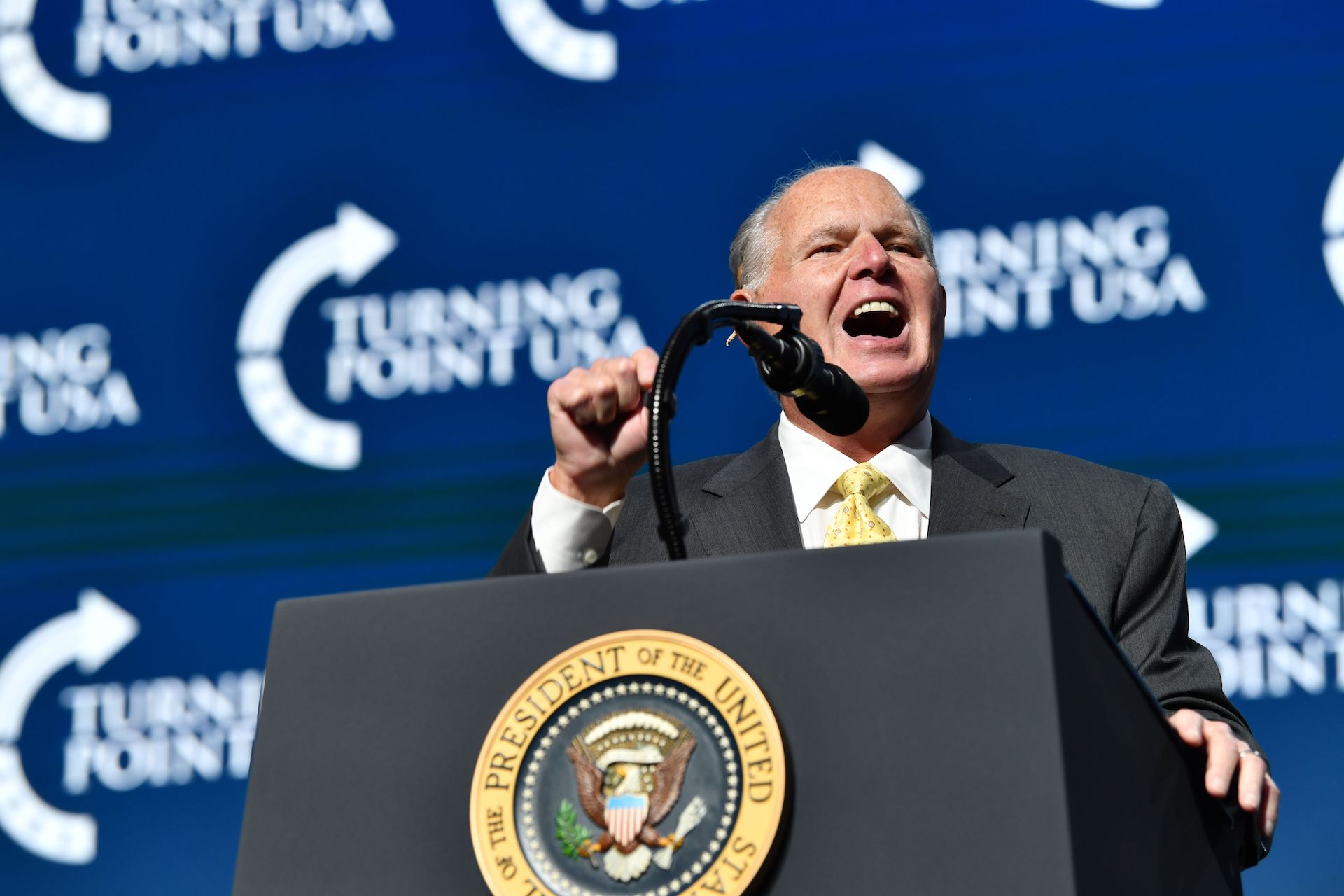