In a brief speech Wednesday afternoon, Romney, the Republican senator from Utah, made history by announcing he’d be the lone GOP guilty vote against Trump in the Senate impeachment trial. While acknowledging that the vote is destined to fail in the Republican-controlled chamber, Romney laid out a scathing case against Trump and said he couldn’t vote to acquit while staying true to his oath before God to do impartial justice.

“The president asked a foreign government to investigate his political rival,” Romney said, endorsing the heart of Democrats’ impeachment case against the president. “What the president did was wrong. Grievously wrong.”

Romney, the Republican nominee for president in 2012, who brutally criticized Trump during the 2016 campaign season, now becomes the first senator ever to vote to convict a president from his own party in an impeachment trial.

READ: It’s over: The Senate voted to acquit President Trump of impeachment

In an interview on Fox News immediately after his speech, news anchor Chris Wallace raised the possibility that Trump would seek retribution against Romney.

“You realize, this is war?” Wallace asked. “Donald Trump will never forgive you for this.”

“I know in my heart that what I’m doing is right. I understand there’s going to be enormous consequence. I don’t have a choice in that regard,” Romney said.

Romney took a pair of pliers and a blowtorch to the legal arguments offered up by Trump’s defense team last week, dismantling them one by one.

“Corrupting an election to keep oneself in office is perhaps the most abusive and destructive violation of one’s oath of office that I can imagine,” Romney said.

He took direct aim at Trump’s incessant refrain that his July 25 phone call with the president of Ukraine, where he asked for Ukraine to “look into” Joe Biden, was “perfect.”

“What he did was not perfect,” Romney said. “No, it was a flagrant assault on our electoral rights, our national security, and our fundamental values.”

Trump’s lawyers argued in the Senate trial that voters should decide whether Trump should remain in office in the upcoming November 2020 election.

Romney pointed out that’s not what the Constitution says about impeachment: It says the Senate is supposed to decide.

Trump’s lawyers had argued that Trump had every right to try to look into even the hint of possible corruption abroad, explaining away Trump’s calls for an investigation of former vice president Biden as mere crime-fighting on Trump’s part.

But Romney pointed out Trump’s lawyers had offered up no evidence that Biden or his son Hunter, who held a paid board position on a Ukrainian natural gas company called Burisma, had committed any crimes — a judgement widely shared by other observers.

“The president’s insistence that they be investigated by the Ukrainians is hard to explain other than as a political pursuit,” Romney said. “There’s no question in my mind that if their names were not ‘Biden,’ the president would never have done what he did.”

Romney blasted Trump for “personal and political” self-dealing in his actions toward Ukraine, for abusing his office, and for withholding hundreds of millions of military aid from an ally fighting Russian-backed separatists. Trump’s White House placed a lengthy hold on those funds while calling for Ukraine to investigate the Bidens, before releasing them in September.

Romney cast the decision to break with the party he once led as its presidential nominee as enormously difficult, but required by his conscience.

“I support a great deal of what the president has done,” Romney said. “Were I to ignore the evidence that’s been presented, and disregard what I believe my oath and the Constitution demand of me for the sake of a partisan end, it would, I fear, expose my character to history’s rebuke and the censure of my own conscience.”

This is a developing story. Refresh for updates. 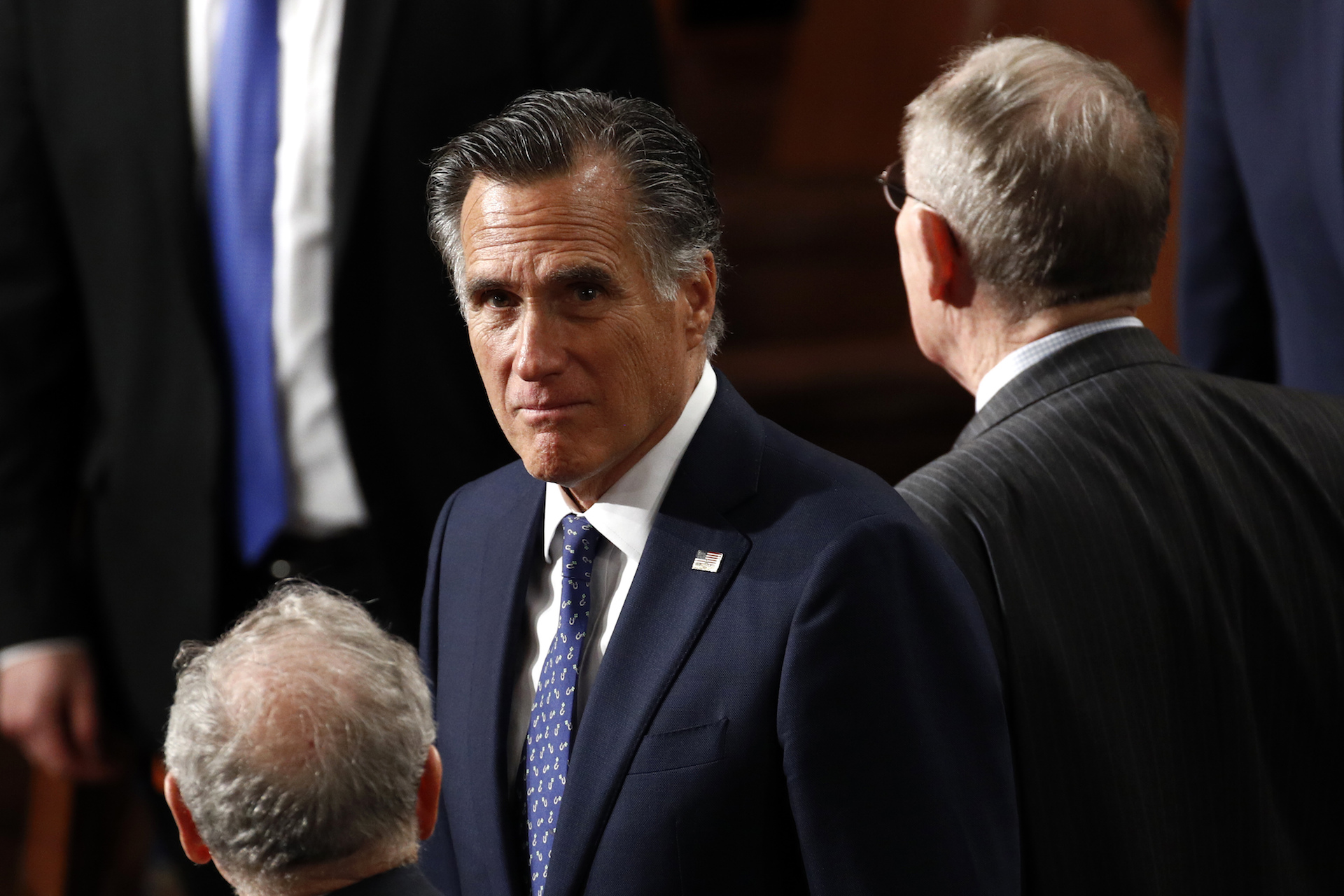