WASHINGTON — Hey, remember the Iowa caucuses? We almost, kind of know who won there: Bernie Sanders. Or Pete Buttigieg. Or both. Or neither.

Even the Associated Press has tossed its hands up.

“The Associated Press is unable to declare a winner of Iowa’s Democratic caucuses because of irregularities in this year’s process and the tight margin between Pete Buttigieg and Bernie Sanders,” the wire service of record said in a Thursday night statement.

At this point, it doesn’t really matter. Sanders and Buttigieg have wrung out of the caucuses what they can, and they and every other campaign are laser-focused on New Hampshire’s Tuesday primary.

The much-delayed, much-questioned process of getting the numbers out took some of the wind out of what should have been a victory for the two — but both still got some momentum coming out of the state. Buttigieg basically claimed victory on election night even though no official results were out, and his campaign announced Thursday afternoon that he’d already raised $2.7 million since midnight.

READ: Trolls apparently made the Iowa caucus fiasco even worse.

Sanders’ online fundraising juggernaut continues apace — his campaign announced he’d brought in a whopping $25 million in January, before the caucuses, and there are signs things have picked up since then. Sanders claimed victory in the caucuses on Thursday, days after Buttigieg but ahead of an official call.

In spite of what officials like to argue, Iowa is never about the delegates. It’s all about momentum and voters’ perception. With Sanders already ahead in New Hampshire, Buttigieg edging up past flailing Joe Biden in some recent polls of the state, and both candidates seeing a boost in donations and interest since Iowa election night, it almost doesn’t matter at this point which of them actually technically won.

Since Wednesday night, the state has been stuck at 97% of precincts reporting. Buttigieg currently has 26.2% of state delegates equivalents, Bernie has 26.1% in the official measure of “who won.” But it looks like more voters actually backed Sanders — both in the first round of voting, and in the second, when folks who backed candidates who were under 15% in their caucus sites got to revote. The reason Buttigieg has the tiny lead he does is because of the byzantine formula the state party uses to calculate state delegate equivalents.

And a growing number or irregularities have emerged in those numbers — bad enough that Democratic National Committee Chairman Tom Perez declared “enough is enough” and called for a “recanvass” of the race (he later clarified he meant he wanted them to check the numbers from the individual precincts’ worksheets). The Iowa Democratic Party responded by basically telling him to mind his own beeswax.

It’s unclear when, and if, we’ll ever know who really won Iowa — especially given the different measures of victory in the state. But right now it’s clear the two basically tied, Sen. Elizabeth Warren (D-Mass.) finished a solid third, and former Vice President Joe Biden trailed in a distant fourth place.

And on to the next.

Cover: Democratic presidential candidate Sen. Bernie Sanders (I-VT) speaks to the media after boarding the plane at the Des Moines International Airport on February 04, 2020 in Des Moines, Iowa. Mr. Sanders was heading to Manchester, New Hampshire to campaign leading up to the primary on February 11 as he awaits the release of the results from the Iowa caucus. (Photo by Joe Raedle/Getty Images) 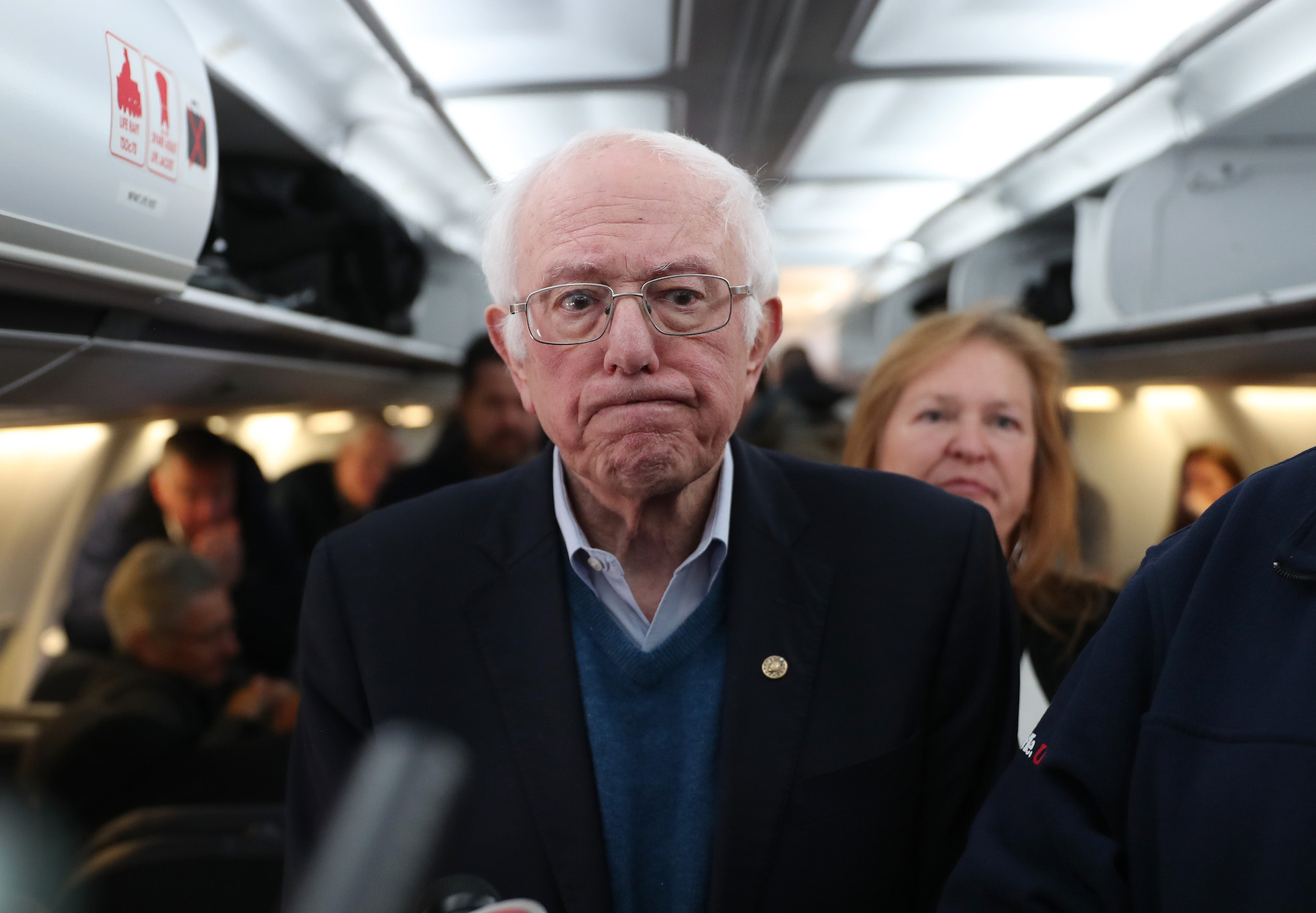 Johnson & Johnson to stop selling baby powder in US

Donald Trump: US Treasury should get cut of TikTok deal