The movie producer’s Manhattan trial is one of the most anticipated in recent memory, thanks partly to the fact that the explosive 2017 reports about Weinstein helped spark the worldwide reckoning of the #MeToo movement. While the case isn’t over yet, since Weinstein’s lawyers have started calling witnesses for the defense, here’s a rundown of the most important testimony so far:

While dozens of women have accused Weinstein, 67, of sexual assault, the charges against him stem from alleged encounters with just two: Miriam Haley and Jessica Mann (who remained unnamed until the trial started). Of the five sex crimes charges facing Weinstein, two are related to Haley and three to Mann.

Haley, a former production assistant who legally changed her name from Mimi Haleyi, testified about running into Weinstein in 2006 and asking him for work. In July of that year, she met him at his New York apartment. And it was there, she testified, that he backed her into a bedroom and forced oral sex on her.

She tried to protest by saying she was on her period, Haley said. Instead of stopping, Weinstein allegedly ripped her tampon from her body.

Later, Mann testified that Weinstein had raped her in a hotel room in 2013, after he physically blocked her from leaving the room. Mann, a then-aspiring actress from a deeply religious background, also explained that the two maintained a relationship that she now describes as “degrading.”

Mann also caused a stir when she described his genitalia. “The first time I saw him fully naked, I thought he was deformed and intersex,” she said, according to Vulture. “He has an extreme scarring that I didn’t know, maybe [he] was a burn victim.”

The jury was given photos of Weinstein’s naked body in an effort by the prosecution to corroborate Mann’s account.

Four women testified that Weinstein had also attacked them, though their cases are not being tried as separate charges. Rather, prosecutors hoped that the women’s testimony would create a portrait of Weinstein as a serial sexual predator who attacked women over many decades.

Annabella Sciorra, of “Sopranos” fame, was the first accuser to testify in the case. Sciorra first came forward in 2017 to allege that Weinstein had raped her in the early 1990s in her New York apartment, shortly after he dropped her off from a dinner with friends.

On the stand, Sciorra said she started shaking during the attack, as if she were seizing. She felt as though she blacked out. When she confronted Weinstein about the alleged assault a few weeks later, Sciorra said he told her, “That’s what all the nice Catholic girls say.”

Prosecutors hope that Sciorra’s case, which was included in the indictment but deemed too old to be tried separately, will convince the jury to convict Weinstein for “predatory sexual assault,” meaning that he committed serious sexual assault against two or more people.

Later, Dawn Dunning testified about Weinstein’s alleged history of abuse. Dunning said she was 24 and an aspiring actress when she met Weinstein in New York in 2004. She’d believed he’d become a mentor to her, even though, on one occasion, he put his hand up her skirt and touched her genitals. Dunning leapt up and Weinstein apologized, Dunning said.

Dunning said Weinstein invited her to a New York hotel, where he propositioned her: Have a thressome with my assistant and I, and I’ll cast you in three roles, Weinstein allegedly told Dunning. She refused.

“When he said that, I laughed,” Dunning recalled, according to the Hollywood Reporter. “I thought he was kidding. He got really angry and started screaming at me, and he said, ‘You’ll never be part of this business. This is how this industry works.’”

Tarale Wulff also testified against Weinstein. The pair met in 2005 in New York, where Wulff was then a waitress and aspiring actress at a members-only club. One night, Wulff said, Weinstein pulled her into a stairwell and masturbated.

Still, the two met again in Los Angeles, because Wulff thought they would discuss a potential role for her. Instead, she said, Weinstein raped her.

Lauren Young was the last to speak against Weinstein. She met Weinstein and another woman at a Beverly Hills bar in 2013, ostensibly to talk about a script Young was writing. But Weinstein claimed he had more work to do and asked Young to come up to his apartment.

Young ended up trapped in a bathroom with Weinstein, where, she said, he pulled down her dress, groped her, and masturbated to the point of ejaculation.

She kept telling him “no,” Young said. But Weinstein allegedly told her, “No, we are just going to have a talk here. How am I going to know if you can act?”

Young is also one of the two accusers involved in a sex crimes case filed against Weinstein in Los Angeles County. In a movie-level twist, the district attorney there filed charges against Weinstein on the first day of his New York trial.

Throughout the case, the defense sought to poke holes in the women’s stories with questions about why they acted the way they had. Both Haley and Mann kept talking to Weinstein after the alleged assaults, which Weinstein’s lawyers saw as proof that their relationships were transactional but consensual.

While the prosecution saw his overwhelming influence in Hollywood as a tool that Weinstein used to keep women silent, the defense said it led women to try to use him to secure work and prestige. Essentially, they contended, it was not Weinstein who was the predator — it was the women.

“You made a choice to have sexual encounters with Harvey Weinstein when you weren’t sexually attracted to him,” Rotunno told Mann during her testimony. “You liked the parties and you liked the power.”

Prosecutors tried to fend off that line of attack by enlisting forensic psychiatrist Dr. Barbara Ziv as an expert witness. Ziv, who also testified in Bill Cosby’s case, sought to dispell what myths about rape. She explained that it’s very common for victims to continue communicating with their abuser, especially if she already knows him. The victim might believe that the abuse was an aberration, or that she can regain power in an out-of-control relationship by refusing to let what happened get to her.

“Why women continue to have contact with the perpetrator include the fact that as devastating as sexual assault is, most individuals think, ‘I can put it behind me and move on with my life and put it in a box,’” Ziv testified, according to Variety. “I don’t want it to get worse. I don’t want this individual who sexually assaulted me to ruin my reputation, to tell people, to ruin my job opportunities.” 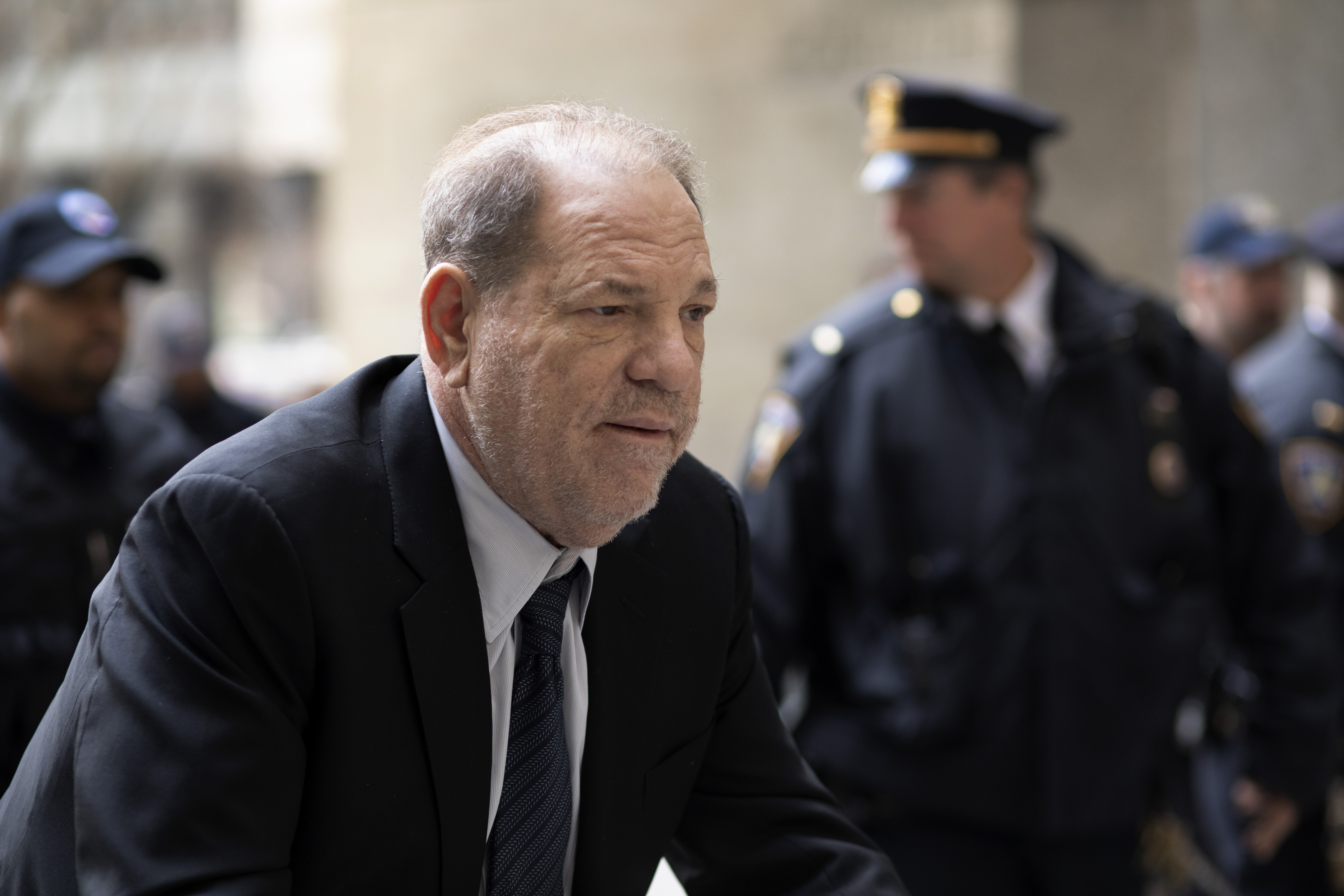 The Supreme Court Could Rule Soon on This Popular Abortion Pill. Here’s What You Need to Know.