GOFFSTOWN, New Hampshire — Turns out somebody likes Bernie Sanders after all.

Maybe they didn’t see a political advantage in attacking. Maybe they were exhausted after a bruising, pointless draw in Iowa. Maybe it was because the venue was named after a saint.

Whatever the reason, the candidates in the Democratic debate at St. Anselm College Friday night were surprisingly collegial, putting on a relative lovefest complete with bro-hugs, backslaps, and general agreement that, well, the seven people on the stage generally agree on most things.

That’s not to say there weren’t a few dings, but the awkward displays of camaraderie stood out in what’s been an otherwise bruising contest — even if it was just the calm before the coming storm of last-minute campaigning before New Hampshire votes on Tuesday.

At one point, a moderator tried to tee up candidates to attack Sen. Bernie Sanders, the front-runner to win the Granite State primary, by bringing up Hillary Clinton’s recent comment that nobody likes him.

Former Vice President Joe Biden left his podium to sidle up to Sanders for a big hug. And Sen. Amy Klobuchar, to Sanders’ left, chimed in.

“I like Bernie just fine,” Klobuchar said, then recalled a late Senate night when they worked together on a bipartisan amendment.

Later, Sanders said he doesn’t get too many newspaper editorial board endorsements.

“Well, you got the Conway endorsement,” Klobuchar reminded him encouragingly, referring to an editorial backing him in the Conway (N.H.) Sun.

Later still, businessman Tom Steyer got frustrated with a recurring argument about Medicare for All vs. a more incremental approach. But even in making his argument, he was complementary of his competitors.

“From Bernie Sanders’ perspective, at least, [he] likes Joe Biden. It’s not a game, he’s not making it up. He’s not doing it because he’s like, ‘Oh, there’s a strategic value to it,’” he said. “My perspective is that this is a field that while it has its differences, quite frankly it has a lot of respect for each other.”

Still, it wouldn’t be a debate without a few barbs. The debate covered little ground that hasn’t already been trod, but Sanders and former South Bend Mayor Pete Buttigieg jostled a bit, having left the ruins of the Iowa caucuses in what’s best described as a tie, if the results can be trusted at all.

They’re in a statistical dead heat in New Hampshire, according to the latest polls, and tried to draw support to their visions for the future of the party, with help from their ideological peers. Sanders and Sen. Elizabeth Warren slapped Buttigieg for taking money from billionaires.

“Unlike some of the folks up here, I don’t have 40 billionaires, Pete, contributing to my campaign,” Sanders cracked. “If we want to change America, you’re not going to do it by electing candidates who are going out to rich people’s homes begging for money.”

Buttigieg, with backup from Klobuchar and Biden, tried to paint Sanders as too divisive.

“I will not pursue politics by telling people they can’t be at our side if they’re not with us 100 percent of the time,” he said. “This is a time for addition, not rejection, for belonging, not exclusion.”

Biden, who suffered a major blow to his campaign after finishing behind Sanders, Buttigieg, and Warren in Iowa, struck to his left and his right, trying to regain some ground and reinforce his campaign selling points: that he is the most electable and can help elect candidates up and down the ballot.

“Bernie’s labeled himself, not me, a democratic socialist. I think that’s the label that the president’s going to lay on everyone running with Bernie, if he’s the nominee,” Biden said. “And Mayor Buttigieg is a great guy and a real patriot. He’s a mayor of a small city who has done some good things but has not demonstrated he has the ability to — and we’ll soon find out — to get a broad scope of support… including African-Americans and Latinos.”

Klobuchar, who finished near Biden at the bottom of the pack in Iowa, took a similar tack, jabbing Sanders for being too far left and Buttigieg for being too inexperienced. 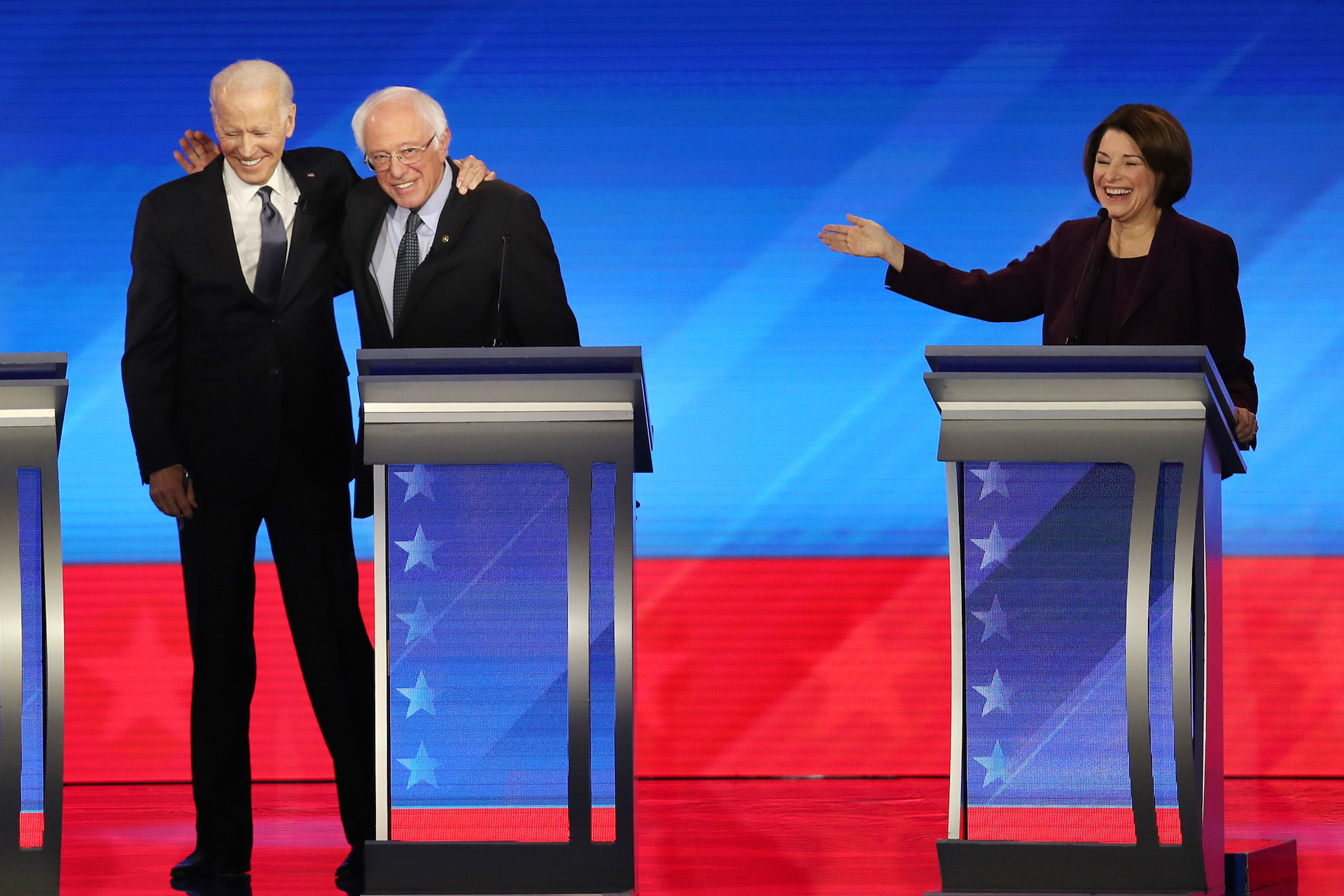 QAnon Led the Storming of the US Capitol