WASHINGTON — The lead prosecutor in Roger Stone’s criminal trial just quit his job in a shock announcement that intensified the swirling political-influence scandal over the sentencing of President Trump’s former close confidant.

The resignation of Aaron Zelinsky came hours after a late-night tweet from Trump expressing sympathy for Stone, a lifelong GOP political saboteur who was convicted of telling criminal lies to protect Trump from the Russia investigation.

Zelinsky didn’t publicly explain his motives. But the rare, sudden departure of a top prosecutor from the high-profile, politically-explosive case presented the unseemly spectacle of a federal prosecutor departing a case riven with internal disputes.

Moments before Zelinsky resigned, news broke that the Department of Justice plans to shorten Stone’s 7-9-year prison sentence recommendation, in a rare and stunning decision that would overturn the position of the field prosecutors who directly handled the case.

In a brief note to the judge, Zelinsky simply said he was out.

“The undersigned attorney has resigned immediately after this filing,” the document filed with Judge Amy Berman Jackson read.

READ: It sure looks like Trump tweeted Roger Stone out of a ‘horrible and very unfair’ prison sentence

Democrats howled in protest, arguing Trump may now be bending the American criminal justice system to the breaking point.

“It would be a blatant abuse of power if President Trump has in fact intervened to reverse the recommendations of career prosecutors at the Department of Justice,” said Democratic Rep. Adam Schiff, the chairman of the House Intelligence Committee.

During Stone’s fall trial last year, Zelinsky excoriated the political consultant as a shadowy backroom operator working on behalf of the Trump campaign to try to coordinate with WikiLeaks, the radical transparency group that leaked emails hacked from Democrats by Russian operatives during the 2016 race.

Stone lied to Schiff’s committee, which was also investigating Trump and Russia, to save his former boss, Zelinsky said.

READ: Roger Stone could go to prison for 9 years

Monday’s sentencing memo, signed by Zelinsky and other prosecutors, likewise lambasted Stone, whose legacy in the dark political arts goes all the way back to the 1973 Watergate scandal.

“Obstructing such critical investigations thus strikes at the very heart of our American democracy,” the prosecutors’ memo read.

Trump, whose relationship with Stone began in the 1980s, has a much sunnier view of Stone, however. Shortly before 2 a.m. Tuesday morning, Trump tweeted that he thought Stone was being treated unfairly, writing: “Cannot allow this miscarriage of justice!” 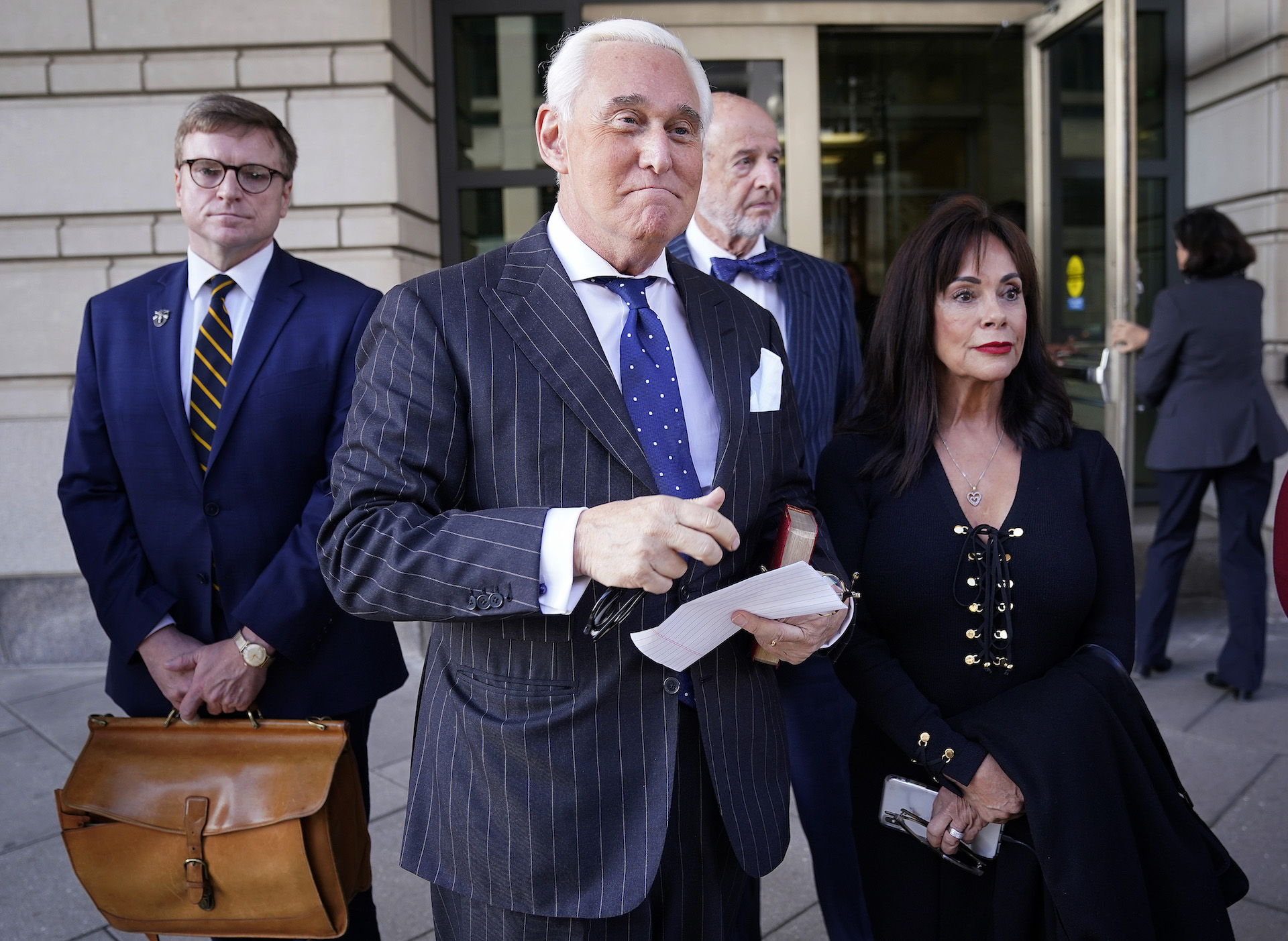 Kim Jong Un Has Suddenly Reappeared — at a Fertilizer Factory