Last Thursday, with the coronavirus death toll hurtling past 500 and no sign of new infections slowing down, Mr. Yan decided he wanted to share his anger at the government’s botched response to the outbreak.

So the 36-year-old data scientist, who lives in Washington, D.C., posted links to a series of articles critical of Chinese President Xi Jinping to a WeChat group with about 22 other people.

At first, everything appeared to be normal, but then Yan realized that his friends in China were not seeing any of his posts. Only the two other U.S.-based group members and one in the Philippines had seen what he posted.

“I have never received any notice from WeChat about being blocked. And thus there is no way for me to appeal. I have sent messages to WeChat Help but there hasn’t been any responses,” said Yan, who is a green card holder living in the U.S. “Technically, they did not cover my mouth but covered my friends’ and relatives’ ears when I speak.”

Yan’s case is not isolated. VICE News spoke to dozens of WeChat users in the U.S. and Canada, as well as some users in the U.K., France, Spain, Australia, Germany, and Malaysia, who reported identical problems with their accounts as they tried to share information with their family and friends in China.

The restrictions prevent international users from sending information to contacts in China, and in some cases they have also had their accounts suspended or blocked completely and accused of “spreading malicious rumors.” In many cases, the censorship means their only communication link to people inside China has been cut off completely.

For decades China has sought to strictly control what people can say and see online by tightly regulating any company that operates in China. But as Chinese companies have gone global, so has China’s ability to censor communications outside of the mainland.

WeChat is a unit of Tencent, one of China’s largest tech companies, which also happens to be listed on the New York Stock Exchange. Now users in the U.S. are calling for Congress to intervene.

“I came to the U.S. for freedom. I thought I escaped from the threat of the Communist Party. But I’m wrong.”

“Tencent is the evil helper of a totalitarian government that suppresses freedom of speech and democracy,” one WeChat user who lives in Philadelphia and wanted to remain anonymous due to fears of retribution, told VICE News. “They delete or block your posts if they think it promotes democracy and challenges the government. It violates my civil rights as a U.S. citizen. I came to the U.S. for freedom. I thought I escaped from the threat of the Communist Party. But I’m wrong, I still live in terror because Tencent is monitoring my WeChat and may report me to the Chinese authorities.” 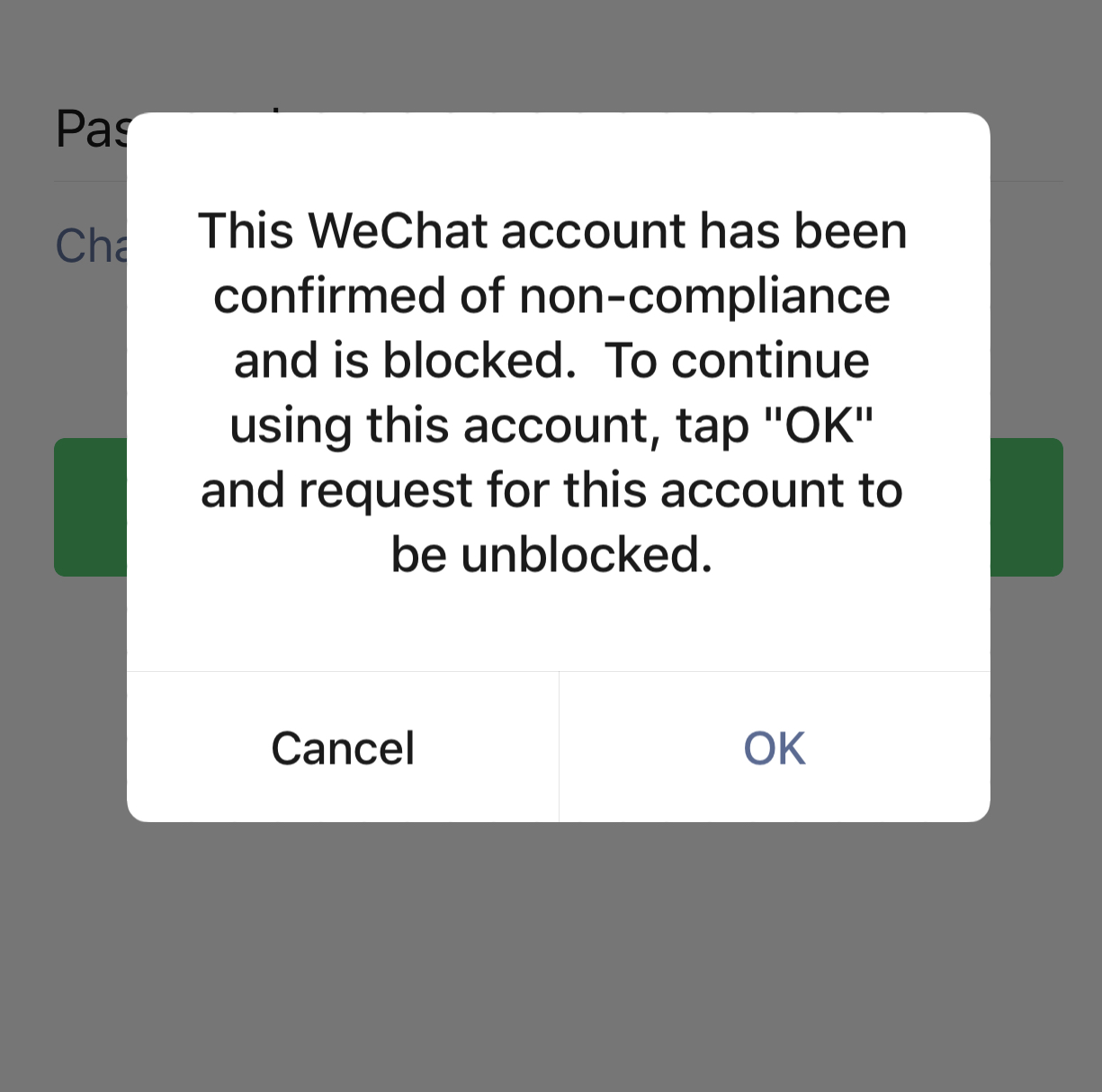 Tencent did not respond to specific questions about its censorship of international users, but sent an emailed statement saying it was “committed to providing a secure and open platform” for all its users.

“While we continue to adhere to this commitment, communications on these platforms are subject to the relevant laws and regulations that apply to the respective platforms on which such communications are being carried out,” the statement said.

As a Chinese company, Tencent is obligated to comply with strict government regulations on what content is allowed to be published on its platform, and it invests heavily in both automated systems for content filtering and human curation. That includes undercover “community leaders” who monitor group chats and report any questionable behavior.

While users in China are used to this type of monitoring, U.S. residents are unaccustomed to having their communication subject to Chinese censorship.

READ: The Chinese doctor who tried to warn the world about coronavirus has died

“As a U.S. citizen, in the land of freedom, I am still under communist control,” a WeChat user who called herself Xianzi and who lives in Edison, New Jersey, said.

All those who spoke to VICE News told similar stories of having their accounts silently restricted without any notification. It is likely many other people have had similar restrictions put in place, but have yet to notice it.

“The problem with non-transparent/silent censorship is that you never know your messages are censored unless you check with the receivers, which is something that we as users do not usually do,” Lotus Ruan, a researcher on internet censorship with the University of Toronto’s Citizen Lab, told VICE News.

Tencent operates two versions of its app. The Chinese version (known as Weixin) offers a much greater variety of features — everything from calling a cab to applying for a divorce — than the international version, which is comparable to WhatsApp.

In China WeChat has close to a billion users who spend an estimated one-third of all their time online using the app. Because practically everyone in the country uses it, it is one of the only ways that Chinese people around the world can keep in contact with their family and friends back home.

“Chinese people heavily depend on WeChat, not only for day-to-day chatting, but often for business and reaching out to clients and so on, as well as payments and other financial tools. Losing WeChat is often just unacceptable for many people, and the Chinese government knows that,” a Chinese national currently working for Google in California who called himself Benjamin and who recently had his WeChat account suspended, told VICE News.

VICE News has reviewed multiple screenshots showing how messages posted outside of China did not appear for members of a group inside China’s all-powerful internet censorship apparatus, known as the Great Firewall — yet there was no indication or notification that such filtering was taking place.

But the restrictions are not uniform. Some people report that they can continue to automate your posting content in one-on-one chats with Chinese users over WeChat, while others say that feature is also now blocked.

Others report they can send links and pictures, but not messages. More have had their accounts suspended for periods of between one and 30 days. Some groups have been blocked entirely, with warning messages telling them they have been reported for violating WeChat’s policies.

“My family also lives in terror and beg me not to say anything that’s challenging or criticizing the Chinese government.”

In one case, two account holders who shared a message sent from VICE News to groups they were members of had their group chat feature disabled.

Tencent censors content based on a mysterious collection of keywords, Ruan said, but points out that during times of heightened tensions, the censors widen their restrictions.

“Our past research shows that WeChat censors not only content deemed critical to the government but also a wide range of content during critical times, probably as a way to play safe and avoid official reprimands,” Ruan said. “The platforms sometimes censor even neutral references to official ideologies and government policies. In practice, it means that even if users are genuinely discussing or commending government policies, their messages can still get censored.”

The lack of transparency has left many WeChat users confused and frustrated, especially as they worry that their actions may put their families in danger.

“My family also lives in terror and beg me not to say anything that’s challenging or criticizing the Chinese government,” one U.S.-based user told VICE News on the condition of anonymity over fears their family in China would be targeted. “Their worries are valid because I know the Communist Party can do anything they want and I will get myself or my relatives in trouble.”

Cover: A spectator wears a mouthguard and holds her smartphone in her hand at a table tennis tournament in Germany. (Photo: Swen Pförtner/picture alliance via Getty Images) 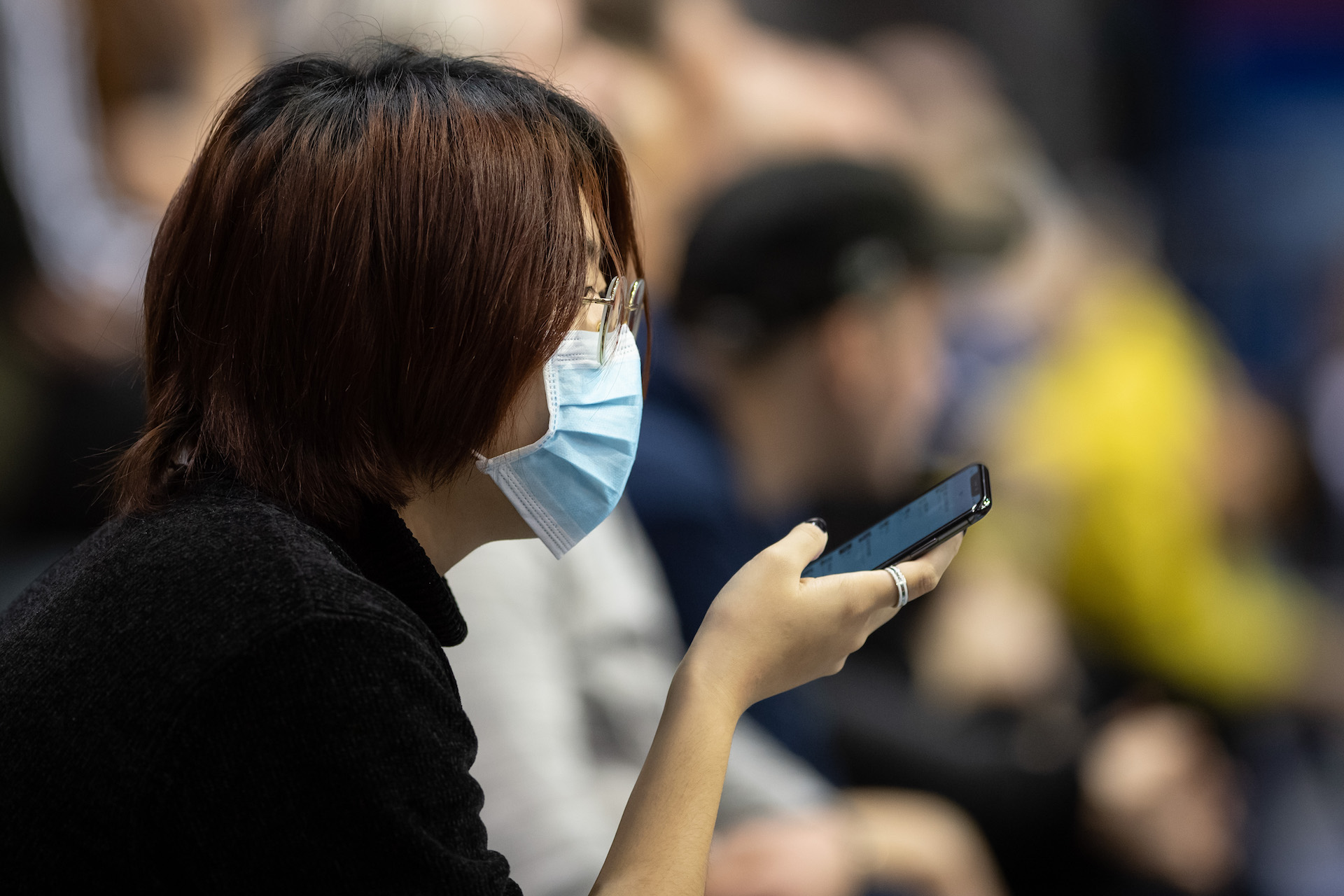 ‘Bloodbath’: Iraq Is Cracking Down on Protesters With Live Ammunition and Military-Grade Tear Gas Grenades

Huawei boss hopes for better relations with US