Abortion politics are, to put it lightly, contentious. But in the coming weeks, the Senate will vote on what may be their third rail: abortions that occur late in pregnancy.

On Thursday, Senate Majority Leader Mitch McConnell set up votes for a 20-week ban on abortions and a bill known as the “Born-Alive Abortion Survivors Act.” While neither are expected to hit the 60-vote threshold they’d need to pass, the vote on the “Born-Alive” bill is red meat for conservatives — and the legions of anti-abortion voters they’re hoping to galvanize ahead of the 2020 elections.

What does the bill do?

Depends on who you ask. Supporters say that the bill isn’t really about restricting abortion. It’s about saving newborns’ lives.

“It makes sure that a baby that is born alive during a botched abortion would be given the same level of medical care that would be provided to any other baby at the same gestational age,” Nebraska Sen. Ben Sasse said during a Senate committee hearing on the bill on Tuesday. Sasse, a Republican, has sponsored the bill in both 2017 and 2019.

READ: What happens when abortion providers are forced to lie to their patients

After doctors care for that baby, they’d be required to transport and admit it to a hospital. Failing to do so could result in fines and up to five years in prison.

Are babies often born after failed attempts at abortions?

No. But there are situations where, due to a medical emergency or fetal anomalies, a woman must deliver an infant who will not live long past birth. That woman, in consultation with her doctors, might then choose to let the infant pass naturally.

“I think sometimes we are conflating things that happen in end-of-life care for babies that have very poor prognoses,” Dr. Kristyn Brandi, an OB-GYN and assistant professor at Rutgers-New Jersey Medical School, told VICE News in an interview last year.

Fetuses generally become viable — that is, able to survive outside the womb — at around 24 weeks of pregnancy. Only a tiny fraction of abortions ever take place that late: Nationwide, about 1.3% of abortions are performed during or after 21 weeks of pregnancy, according to the Centers for Disease Control and Prevention. (Abortion opponents often refer to these procedures as “late-term abortions.” This is not medically accurate; doctors will refer to a pregnancy as “late-term” only if it continues past a woman’s due date.)

READ: How Down Syndrome became the new front in the abortion wars

There are exceedingly rare situations where infants show signs of life after attempted abortions. Between 2003 and 2014, the CDC noted 143 deaths involving infants born alive during failed abortions, according to the Associated Press.

A 2018 Congressional Research Service paper reported that there isn’t good data on how many later abortions occur because of medical reasons. However, physicians and reproductive health groups say that, anecdotally, these procedures often occur because the fetus has a devastating medical condition. And they say that the “Born-Alive” bill will ruin families’ ability to navigate those complex, fraught situations.

“It would deny families the ability to decide for themselves how they would like to spend the last moments with their dying child,” Fatima Goss Graves, president and CEO of the National Women’s Law Center, told the chamber during Tuesday’s hearing. “Instead, the legislation could require the baby to be taken out of parents’ arms in the last hours and days of life and given futile medical treatment that goes against a decision they made.”

While Sasse said that bill enshrines protections for newborns in federal law, abortion rights supporters point out that infanticide is already illegal. Instead, the bill would penalize physicians — who, according to Goss Graves, may then be afraid to help pregnant patients.

Will the bill pass?

Probably not. However, three Democrats did vote in favor of the “Born-Alive” bill last year when it came up in a procedural motion: Sens. Robert P. Casey Jr., from Pennsylvania; Joe Manchin III, from West Virginia; and Doug Jones, from Alabama.

So why are Republicans trying to pass this again?

Ironically, a Democrat is partially responsible.

Last February, Virginia Gov. Ralph Northam inadvertently fired up abortion opponents across the country when he talked in a radio interview about a state bill to amend the laws around third-trimester abortions.

Northam appeared to be referring to those cases where woman needs to deliver a possibly nonviable fetus or infant who will need immediate end-of-life care. But conservatives read Northam’s comments as an endorsement of infanticide and proof of the need to defend against third-trimester abortions. And days later, Trump seized on them in his 2019 State of the Union speech.

“Lawmakers in New York cheered with delight upon the passage of legislation that would allow a baby to be ripped from the mother’s womb moments before birth. These are living, feeling, beautiful babies who will never get the chance to share their love and dreams with the world,” Trump said, referring to New York’s then-new Reproductive Health Act, which legalized some abortions after 24 weeks of pregnancy. “And then we had the case of the governor of Virginia where he basically stated he would execute a baby after birth.”

For many abortion opponents, the one-two punch of the New York law and Northam’s comments revealed that the abortion rights movement had thrown its weight behind later abortion — a procedure most American don’t support. While most people believe that Roe v. Wade, the Supreme Court decision that legalized abortion nationwide, should not be overturned, just 13% think it should be legal in the third trimester of pregnancy, a 2018 Gallup poll found.

Now, a year later, Trump is still exaggerating both events to fire up his base.

“Last year, lawmakers in New York cheered with delight upon the passage of legislation that would allow a baby to be ripped from the mother’s womb right up until delivery,” Trump told protestors at this year’s March for Life, the nation’s biggest annual anti-abortion rally. “The governor stated that he would execute a baby after birth. You remember that.”

At the March, Trump was hailed as the “most pro-life president ever.” And he has delivered real wins to the anti-abortion movement: Not only has he nominated two conservative justices to the Supreme Court, but he’s also stacked lower federal courts with reliable conservatives. In his 2020 State of the Union speech, Trump also called on Congress to ban abortions later on in pregnancy.

That won’t happen, given that Democrats control the House. But by calling votes on the 20-week ban and the “Born-Alive” bill, McConnell is heeding Trump’s call — and underlining just how much Senate Republicans want to cater to the anti-abortion right.

Cover: Pro-life demonstrators listen to US President Donald Trump as he speaks at the 47th annual “March for Life” in Washington, DC, on January 24, 2020. (Photo: OLIVIER DOULIERY/AFP via Getty Images) 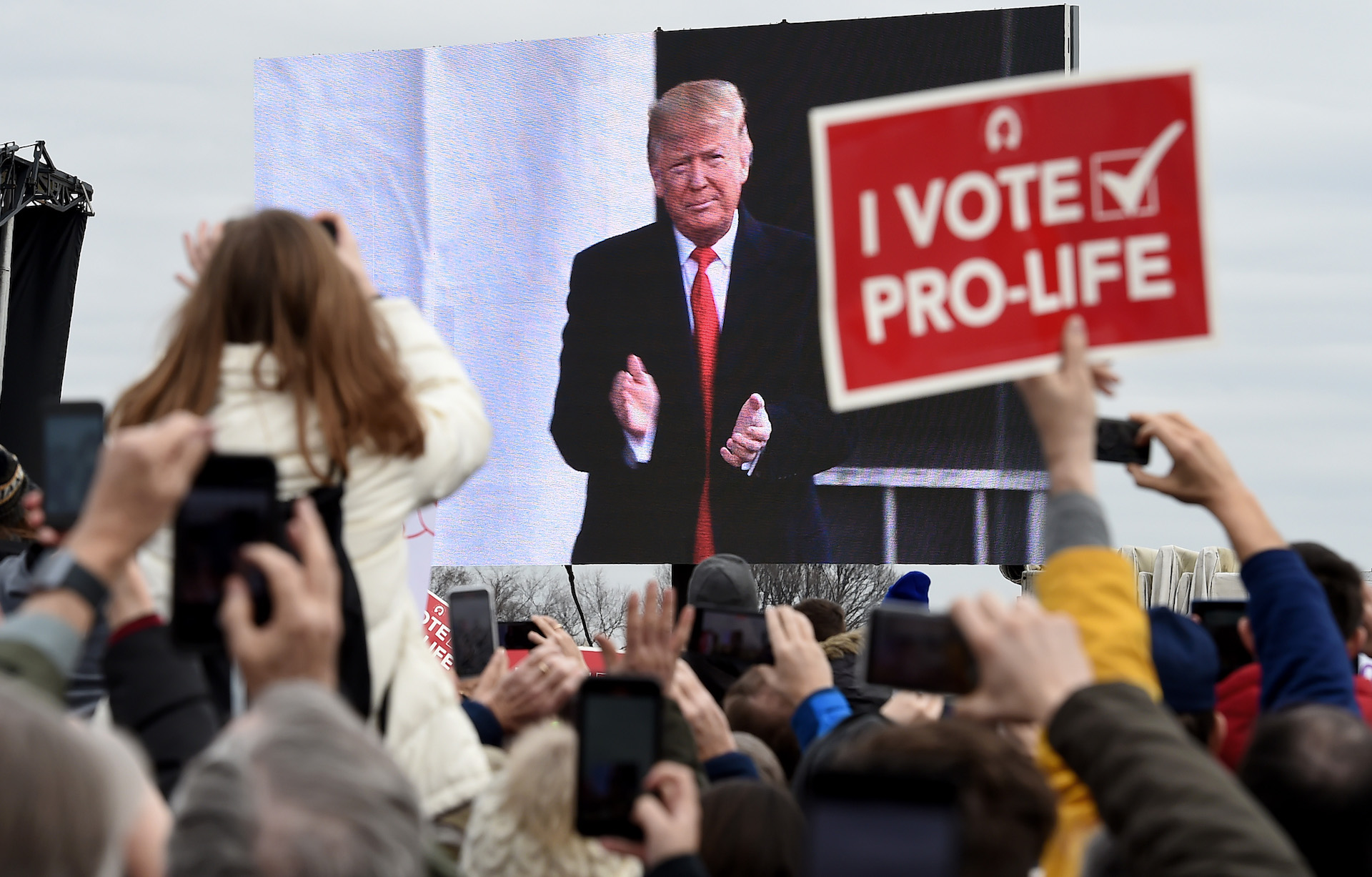 Stop Throwing Your Gloves and Masks in the Recycling Bin

A New Chapter For The Langham, London As Renowned Hotelier Doris Greif Is Named Managing Director