Hong Kongers were already furious at their government and the growing influence of China on their daily lives. But now outrage over the pro-Beijing government’s refusal to close the border with China in the face of the deadly coronavirus outbreak has sparked a fresh wave of outrage, prompting strikes, rallies, and even an arson attack.

Anger boiled over this past weekend, as hundreds of people rallied in six different locations across the city, chanting demands for a “full border shutdown.” In the neighborhood of Tin Shui Wai, where more than 500 people marched Saturday, riot police pepper sprayed crowds and made 33 arrests, after protesters set fire to a fare machine and threw garbage bins onto tracks at a train station.

“This is all because of the government’s stubborn refusal to close the borders with the Mainland, which has brought infection to Hong Kong,” local politician Kwok Man-ho, a district councillor in Tin Shui Wai, told the South China Morning Post.

Earlier this month, about 9,000 medical workers went on strike for five days demanding that the government close the border, and three weeks ago, protesters firebombed the lobby of a newly built apartment building that authorities had earmarked as a quarantine facility.

The arrival of coronavirus in Hong Kong — where there have been 61 confirmed cases, including one fatality — has helped take the steam out of the mass anti-government demonstrations that have convulsed the city since June last year.

In the densely populated city of 7 million, where schools and government offices have closed and the vast majority of residents wear face masks in public due to fear of contagion, large-scale gatherings of any kind are no longer an option.

But that doesn’t mean anger at the government has subsided. In fact, experts say, the government’s botched response to the epidemic — refusing to shut the border, and failing to secure adequate stocks of face masks and other critical supplies — has sparked a new wave of outrage that could be a shot in the arm to the city’s pro-democracy movement.

The semi-autonomous city — part of China, but with its own legal and political system — has already been hit relatively hard by the outbreak. It has the third-highest number of confirmed infections outside Mainland China, after Japan and Singapore.

But there are also solid historical and geographical reasons for its acute anxiety over the virus. Many residents hold bitter memories of the 2003 SARS epidemic, which killed 299 Hong Kongers. Adding to those fears are the fact that Hong Kong shares a border with Guangdong, the second-hardest-hit Chinese province after Hubei, where coronavirus was first reported.

‘The government should be better prepared’

The government’s refusal to completely close the busy border — it’s shut 10 border crossings but left three open — in the face of overwhelming public support for a closure, has infuriated Hong Kongers.

READ: The coronavirus outbreak just got much, much worse

Earlier this month, medical workers — who, as front-line responders, are especially vulnerable to the virus — held their largest ever strike in the city, demanding the government close the border and provide adequate protective gear. The government responded by imposing a 14-day quarantine order for arrivals from the Mainland, but that’s failed to satisfy critics, who say the measure is largely self-policed, and fear that with the border still open, it’s only a matter of time before a wider outbreak hits.

READ: Thousands of Chinese doctors are risking their lives to fight coronavirus

The shortcomings of Hong Kong’s response are especially obvious when compared to those of other governments in the region, experts say. Singapore, for example, has closed its borders to all new visitors from China, and, like Macau and Taiwan, implemented measures to help ensure the supply of masks, such as rationing systems.

But in Hong Kong, where huge lines for masks and other supplies have become commonplace, shortages have resulted in reports of elderly people who are unable to source masks feeling trapped in their homes.

The government’s failure to secure an adequate supply has left a vacuum which civil society groups have tried in to fill; the pro-democracy activist group Demosisto announced this week it was importing 100,000 masks to be distributed to the needy.

“Especially when people compare it to what other governments have been doing, it’s clear Hong Kong is not doing enough,” Hong Kong political scientist Ma Ngok told VICE News.

He said the mask shortages had disproportionately impacted elderly and low-income people — groups that were traditionally stalwart supporters of the government but who had become disenchanted by the incompetence of the official response to the crisis.

READ: Here’s how coronavirus spreads from bats to humans

“People are really disappointed. Because Hong Kong suffered so much with SARS in 2003, they believe the government should be better prepared.”

Ma and many others believe the government’s decision not to close the border is a result of a directive from Chief Executive Carrie Lam’s ultimate political masters in Beijing.

“Beijing wants to underplay the seriousness of the epidemic in China,” he said. “They don’t want other countries to close their borders to Chinese. If Hong Kong closes the border, it sends a message that even your own ‘special administrative region’ doesn’t trust you.”

The fresh discontent at the political status quo underlines the downside of the city’s government taking orders from Beijing — a regime that was slow to acknowledge the virus could be transmitted between humans, and sought to silence whistleblowers who sounded the alarm.

READ: The Chinese doctor who tried to warn the world about coronavirus has died

“Most people believe that the [Hong Kong government’s] response is purely political — and that they’re sacrificing average people’s lives and wellbeing because of that,” Ma said.

As a result, while the mass protests have died down for now, many believe the outbreak will only result in a renewed push for greater autonomy from China once the epidemic is over.

“The legitimacy of Chinese and Hong Kong governments will be further challenged once the threat of virus passes,” Chris K.C. Chan, a sociologist at the Chinese University of Hong Kong, told VICE News. “The political crisis will be deepened, as the government has lost the trust and confidence of Hong Kong people during the coronavirus outbreak. The protesters will gain more support.”

The protesters themselves certainly see it that way. “This new wave of anger and discontent will fuel further protests,” high-profile activist Joshua Wong wrote in an op-ed last week. “The coronavirus outbreak is not the end, but a new beginning of our fight for democracy, freedoms, and autonomy.”

One 22-year-old protester, who did not want to be identified due to his involvement in key stand-offs in the protest movement, told VICE News that coronavirus had helped bring even conservatives into the anti-government camp, while highlighting the flaws of Beijing’s authoritarian rule.

“The importance of separating Hong Kong from China will be very important after the virus,” he said. “The idea of resistance has been planted in Hong Kong people deeply.”

Cover: A demonstrator wears a gas mask in the rain during a protest against the use of Chun Yeung Estate as a quarantine center in the Fo Tan area of Hong Kong, China, on Sunday, Feb. 16, 2020. (Photo: May James/Bloomberg via Getty Images) 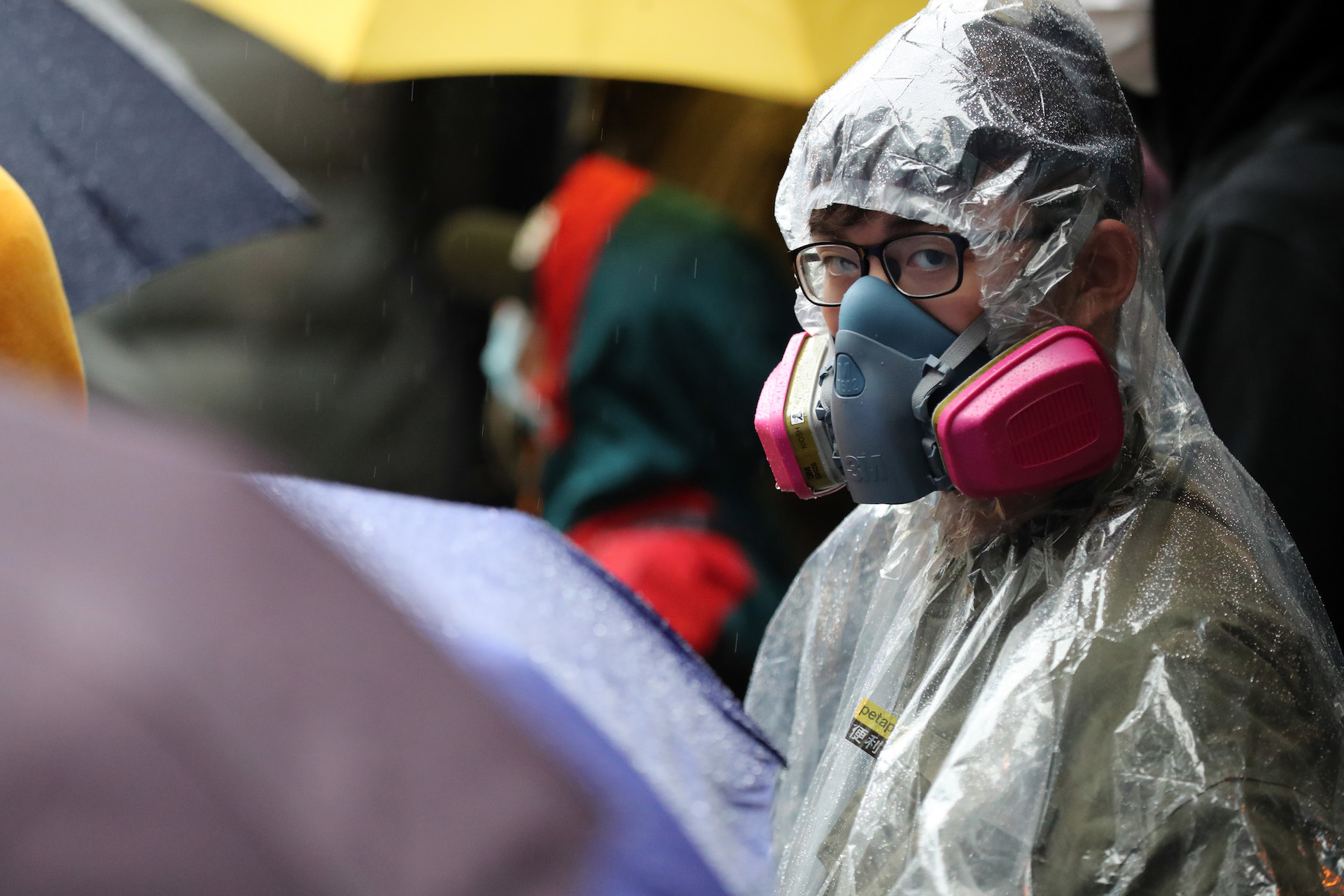 Which retailers were the Christmas winners and losers?

5 Exciting Things To Do When You Vacation in Mykonos