President Donald Trump regularly rails against what he sees as corruption by the rich and well-connected. But it looks like he’s just cleared a bunch of them.

The White House announced Tuesday a pardon of former San Francisco 49ers owner Edward DeBartolo Jr., who was convicted in a gambling fraud scandal after building one of the most iconic dynasties in NFL history.

Next came Trump saying he’d wipe the sentence of Rod Blagojevich, the former governor of Illinois — and former contestant on Trump’s NBC show “The Apprentice” — who has spent eight years in prison after a pay-to-play scheme blew up in his face.

“That was a tremendously powerful, ridiculous sentence, in my opinion,” Trump told reporters of Blagojevich on Tuesday.

Trump has pardoned or commuted the sentences of about two dozen people since taking office, far fewer than his immediate predecessors. They range from minor drug offenders to political allies including Arizona Sheriff Joe Arpaio and right-wing pundit Dinesh D’Souza.

Trump’s moves on Blagojevich and DeBartolo Jr. were part of a broader pardoning spree Tuesday. The president said he had also cleared former NYPD Commissioner Bernard Kerik, who was convicted of tax fraud and lying to the government, and Michael Milken, a junk-bond financier who was convicted for securities fraud.

A number of former NFL greats spoke Tuesday at the White House ceremony to pardon DeBartolo Jr., who owned the 49ers as they won five Super Bowls during the 1980s and 90s. He pleaded guilty in 1998 for failing to report that he paid former-Louisiana Gov. Edwin Edwards $400,000 to help secure a riverboat gambling license.

“I take my hat off to Donald Trump for what he did,” said Jerry Rice, a former 49ers wide receiver and NFL Hall of Famer.

A White House spokesperson did not immediately respond to VICE News’ requests to confirm Blagojevich’s commutation. But it wouldn’t be surprising given that Trump has publicly floated the idea since at least 2018.

The disgraced former governor was convicted in 2011 on 17 federal corruption charges, including for trying to sell off onetime Barack Obama’s Senate seat after he won the presidency.

It came just a year after Blagojevich’s four-episode stint on Trump’s reality show. The future president “fired” him in part because he scrambled facts about Harry Potter during a marketing challenge for The Wizarding World of Harry Potter at Universal Studios Orlando.

Trump said Tuesday that he decided to commute Blagojevich’s sentence after seeing his wife on television. She campaigned on various Fox News programs that appealed directly to Trump.

“I was living in Chicago at that time,” Fox News host Jeanine Pirro said during one friendly interview in 2018. “I remember your husband walking out on the street and people — I mean, he was on trial — but people loved this guy. And there are many who feel — and I believe maybe the president does as well — that the guy was, you know, just kind of practicing politics, that he never really got any money in exchange or gifts.”

It’s unclear yet if Trump will take similar action to wipe the sentence of Roger Stone, a longtime Trump ally and troublemaker, who is set to be sentenced Thursday for seven charges of obstruction, lying to Congress, and witness tampering. 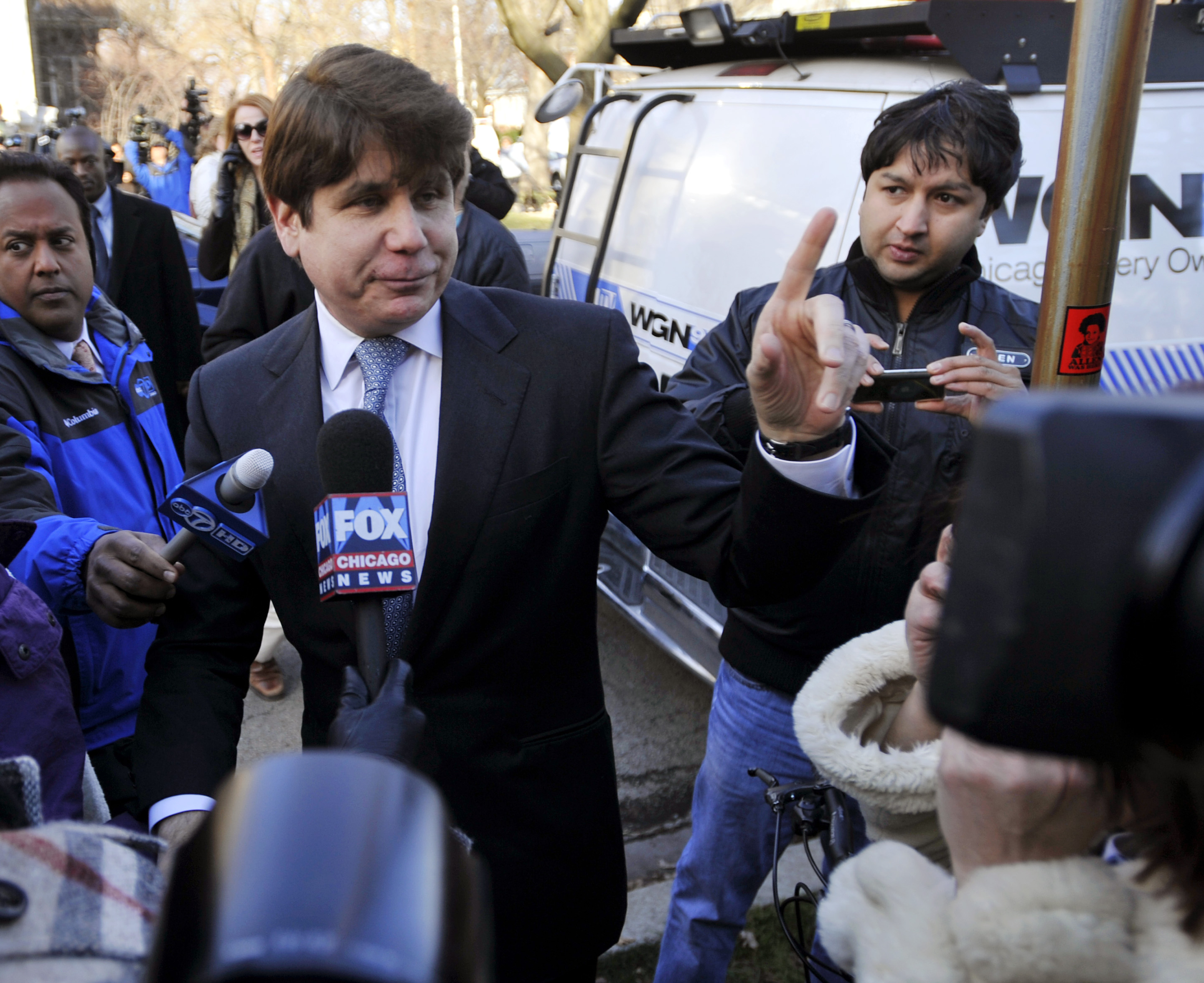 UK ‘to bring in 14-day quarantine for air passengers’

5 Must-Have Items in a Luxurious Bedroom