AOC is determined to build out The Squad into an army.

The progressive freshman congresswoman on Friday endorsed a slate of other progressive women for the Senate and House on Friday, in what might be her biggest confrontation yet with the traditional Democratic campaign organizations she’s scrapped with over the past year since she took office.

The endorsements, via a new PAC formed in January called Courage to Change, include candidates running in open primaries, those running against establishment-backed candidates, and even some who are running against incumbent Democrats in the House, according to the New York Times.

Those endorsed by Alexandria Ocasio-Cortez so far include labor activist and Texas Senate candidate Cristina Tzintzún Ramirez, who’s running in an open primary against MJ Hegar, a 2018 House candidate who’s backed by the Democratic Senatorial Campaign Committee. The winner of the Democratic primary will take on Sen. John Cornyn in November.

Ocasio-Cortez had previously backed Marie Newman and Jessica Cisneros, progressive women challenging Reps. Dan Lipinski of Illinois and Henry Cuellar of Texas, two of the most conservative House Democrats in the caucus.

Although the full slate of “over a dozen female candidates” hasn’t yet been released, Courage to Change has also sent money to three other incumbent progressive freshmen since 2019, according to an FEC filing in January: Reps. Katie Porter and Mike Levin of California, as well as Rep. Jahana Hayes of Connecticut.

AOC’s backing helps left-wing Democrats circumvent the Democratic Congressional Campaign Committee, the House Democrats’ campaign arm she’s clashed with repeatedly over the past year; in January, she announced she would stop paying DCCC dues (but then, she’s one of the few members of Congress who can afford to do that; last year, she raised nearly $6 million, according to Politico).

More importantly, Ocasio-Cortez is actively boosting the slate’s hopes of repeating her success in 2018, when she successfully primaried top Democrat Joe Crowley, in an attempt to build up the party’s left flank in Congress. Given that the party’s current presidential front-runner is left-wing Sen. Bernie Sanders, for whom Ocasio-Cortez is a top surrogate, building an alternative power base to the Democratic establishment in the coming years will be key for progressives who want to enact policies such as the Green New Deal and Medicare for All.

“One of our primary goals is to reward political courage in Congress and also to help elect a progressive majority in the House of Representatives,” Ocasio-Cortez told the Times. “There’s kind of a dual nature to this: One is opening the door to newcomers, and the other is to reward members of Congress that are exhibiting very large amounts of political courage.”

In addition to working to help elect other candidates like her, Ocasio-Cortez has her own primary to worry about this year. Earlier this month, former CNBC anchor Michelle Caruso-Cabrera announced that she was running for Congress against Ocasio-Cortez, joining a field of four other Democrats and eight Republicans challenging the freshman congresswoman packing in the heavily Democratic district.

AOC isn’t the only member of the Squad of four female progressive reps to go out on a limb for congressional candidates this cycle. Last week, Minnesota Rep. Ilhan Omar endorsed Nabilah Islam, who’s running for a House seat in Georgia. And on Thursday, Omar retweeted a fundraising post from Arati Kreibich, a North Jersey neuroscientist and town councillor primarying incumbent Democratic Rep. Josh Gottheimer, a conservative who has frequently clashed with the Squad.

When asked if the retweet was an endorsement of Kreibich, an Omar spokesperson replied: “Don’t have any news beyond what you sent.” 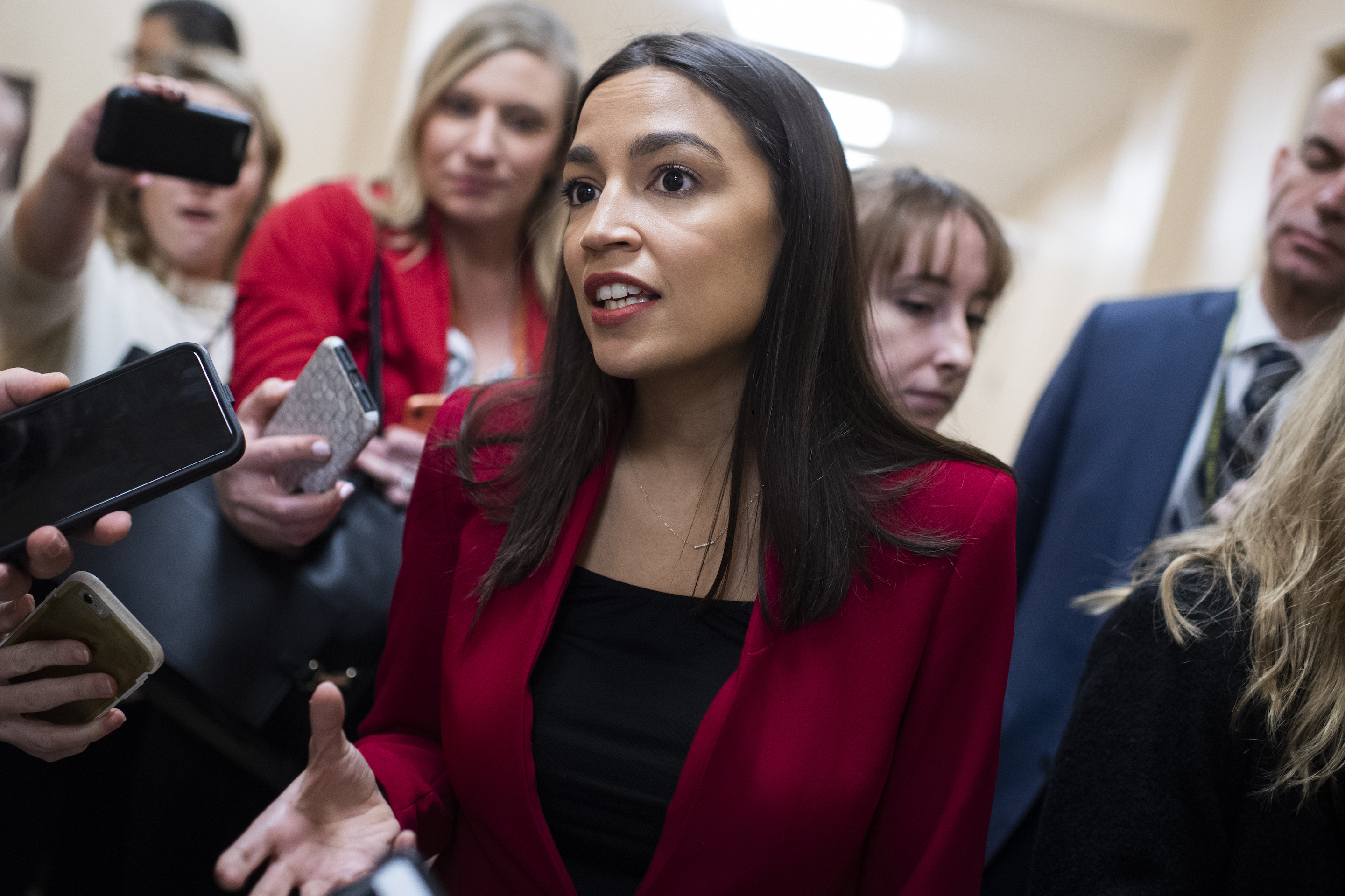