NORTH LAS VEGAS — Elizabeth Warren bounded into a field organizing office Thursday with a clear message for the doubters: “I’m not ready to go away.”

After pummeling Mike Bloomberg on the debate stage, she had even more pep in her step than usual — she even broke into a little dance as her revved-up supporters chanted “Persist, persist.”

“All I can say is we’re just getting started!” she said.

Warren’s cutting performance against Bloomberg on the debate stage Wednesday night put her squarely back in the spotlight, and helped her raise $5 million in less than a day to refill dwindling coffers.

Meghan McCain, conservative co-host of “The View,” told Warren she “really enjoyed watching you rip out Bloomberg’s jugular.” #PresidentElizabethWarren trended on Twitter. A gleeful Warren volunteer, Angie Bennett, said Warren “ripped Bloomberg’s arms off and hit him in the dick with them.”

And a lot of people saw what happened: NBC announced that nearly 20 million people had watched the debate on TV, and another 13 million streamed it, the most ever for a Democratic debate.

It’s clear Warren needed this. What’s not clear is whether it will be enough.

The Massachusetts senator slipped from the front of the pack last fall to single digits in recent national surveys. Her third-place Iowa finish and a disappointing fourth in New Hampshire, in her home state’s backyard, was a body blow. Bernie Sanders has a head of steam and remains the favorite in Nevada, Bloomberg’s billions await on Super Tuesday, and Warren and every other candidate left in the race needs to show they can win now — or risk going home.

“Her campaign is flagging, she knows she’s got to come out and give an A+ performance and try to separate herself again from the pack, and I thought she delivered,” said Jon Ralston, the head of the Nevada Independent and one of Wednesday’s debate moderators. “I don’t know what more she could have done to try to resurrect her campaign from oblivion.”

Warren’s debate performance can only help her so much, since a lot of voters had already cast their ballots by the time she hit the stage Wednesday. Fully 75,000 Nevadans voted in the caucuses over the weekend in early voting, nearly as many as the 84,000 total caucusgoers in 2016.

More than half of those voters hadn’t caucused before, according to the Nevada Democratic Party, a sign that there might be plenty more people to vote on caucus day. Warren fired back at the idea that it was too late. ”We’ve got 98% of [the national vote] left to go,” she told reporters after the event.

Warren has a super PAC

Warren made a huge strategic shift this week by accepting the help of a Super PAC after blasting her opponents for doing the same thing for months. Warren defended that flip-flop by pointing out all of the other candidates in the race now had Super PAC backing, and that her shift was ending a unilateral disarmament.

“If all the candidates want to get rid of super PACs, count me in. I’ll lead the charge. But that’s how it has to be. It can’t be the case that a bunch of people keep them and only one or two don’t,” she said.

But the shift undercuts a core argument of Warren’s campaign: that she would hold herself to a higher standard on campaign finance issues and not be beholden to big donors — and it’s unclear whether the financial support and air cover could come at a cost. That move likely wouldn’t have happened if Warren didn’t feel like she really needed the outside help.

Warren had just $2.3 million left in her campaign accounts as of the end of January, according to a new campaign finance report, though her campaign said Thursday that she’d raised $17 million so far in February.

Warren is looking to press her advantage by continuing to needle Bloomberg — she used her Thursday-evening CNN town hall to read aloud a contract she’d drafted that would let him release women who’d signed non-disclosure agreements with his company to tell their stories.

And her breakout performance could well push her to a strong Nevada finish and back to the center of the Democratic primary. But with so many of Nevada’s votes already counted and Super Tuesday looming in less than two weeks, it’s unclear whether it will have done enough.

“She killed it,” said Harmoni Hines, who’d taken time off from her retail job to knock on doors for Warren and see her candidate in the flesh and was aglow over the debate performance. “I just hope it matters.” 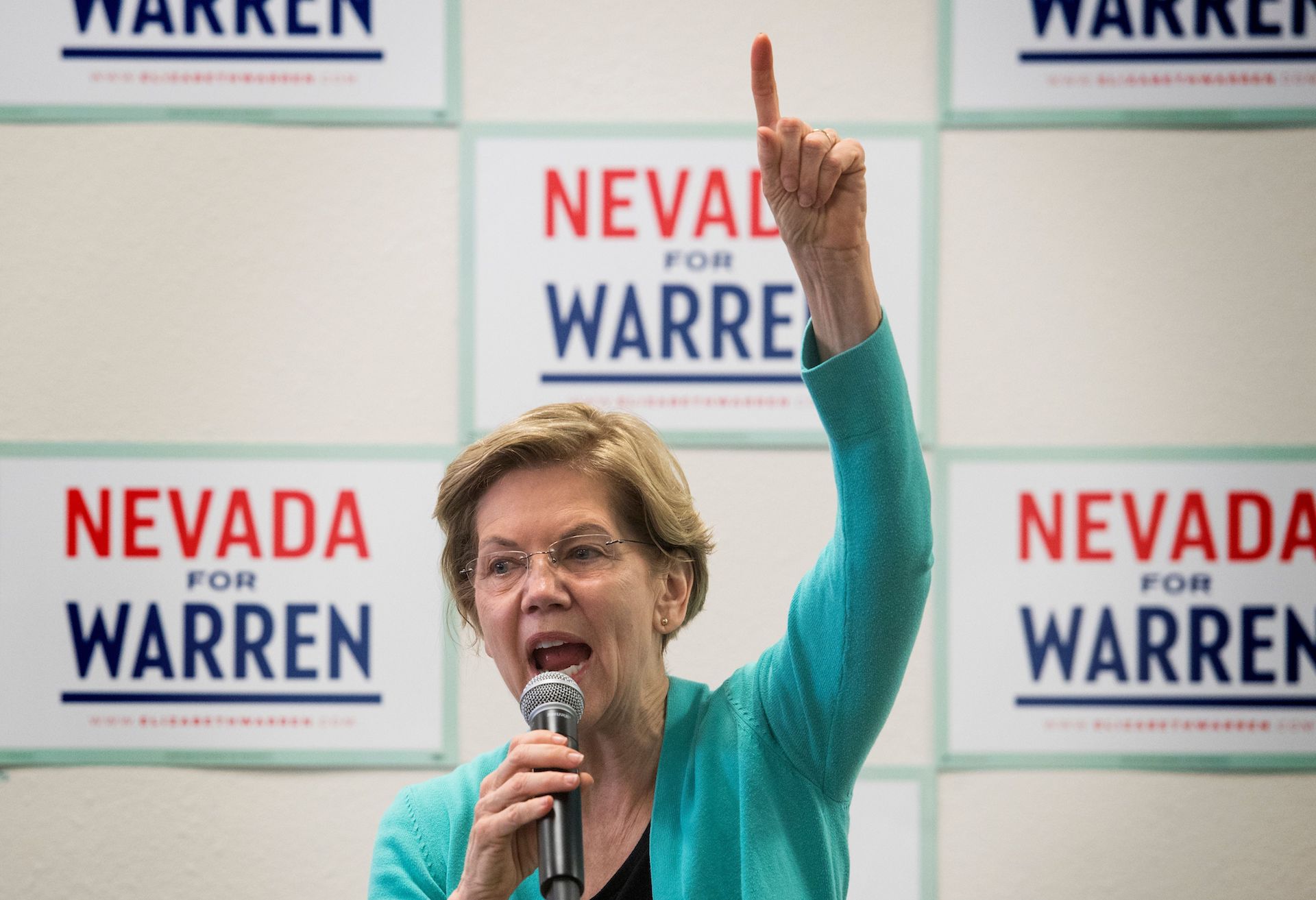