A 23-year-old U.S. soldier stationed in South Korea has become the first member of the U.S. military to become infected with coronavirus as the outbreak continues to escalate around the world.

The soldier, based at Camp Carroll near Daegu, is currently in self-quarantine at his off-base residence, the U.S. military said in a statement. It also revealed that the soldier had visited two other bases — Camp Walker and Camp Carroll — in recent days, and officials are now “conducting contact tracing to determine whether any others may have been exposed.”

The news of the infection comes a day after Americans said a military spouse in South Korea had contracted the virus.

“This is a setback, it’s true, there’s no getting around that. But it’s not the end of the war,” Col. Edward Ballanco, commander of the U.S. Army Garrison Daegu told troops in a video message. “We are very well equipped to fight this thing off.”

The U.S. military, which has 28,500 soldiers stationed in South Korea, has shut down amenities like bowling alleys, movie theaters on four American bases to limit the spread of the virus. The outbreak has also prompted the U.S and South Korean military to scale back planned joint exercises.

Twenty members of the South Korean military have been confirmed as infected, with almost 10,000 troops in quarantine.

The scaled-back exercises mean the U.S. could “lose ground in being able to quickly conduct future operations in a coordinated and highly synchronized manner with South Korea against North Korea in the event of a crisis,” one official told CNN.

The soldier’s confirmed infection was one of almost 300 new cases reported in South Korea on Wednesday, bringing the total to over 1,200. There have been 12 deaths reported so far.

But, the number of confirmed infections in South Korea is likely to jump dramatically in the coming days, as medical officials begin testing about 210,000 followers of the Shincheonji religious sect, which is at the epicenter of South Korea’s outbreak.

READ: Coronavirus is now a pandemic in all but name

While infection rates and death tolls in China have slowed, the virus is continuing to spread around the globe.

Like South Korea, Iran and Italy are grappling with significant outbreaks. Iran’s authorities confirmed at least 139 cases and 19 deaths. That’s far above the 1 percent to 2 percent fatality rate seen elsewhere, and public health experts fear that there are thousands of infections undetected in the country.

Despite the high death date, Iranian President Hassan Rouhani said on Wednesday that he would not be quarantining cities to stop the spread of the virus.

In Italy, at least 357 people have been infected and 11 have died. The prime minister has called for calm, but infections are now being reported across the country, far from the epicenter in the Lombardy region in the north of the country.

And other countries continue to report their first cases, including Algeria, Croatia, mainland Spain, and Switzerland in the last 24 hours.

Cover: In this Thursday, Feb. 20, 2020, photo, a U.S. military policeman and South Korean security persons U.S. Army base Camp Walker, in Daegu, South Korea. The U.S. and South Korean militaries, used to being on guard for threats from North Korea, face a new and formidable enemy that could hurt battle readiness: a virus spreading around the world that has infected more than 1,200 people in South Korea. (Kim Hyun-tae/Yonhap via AP) 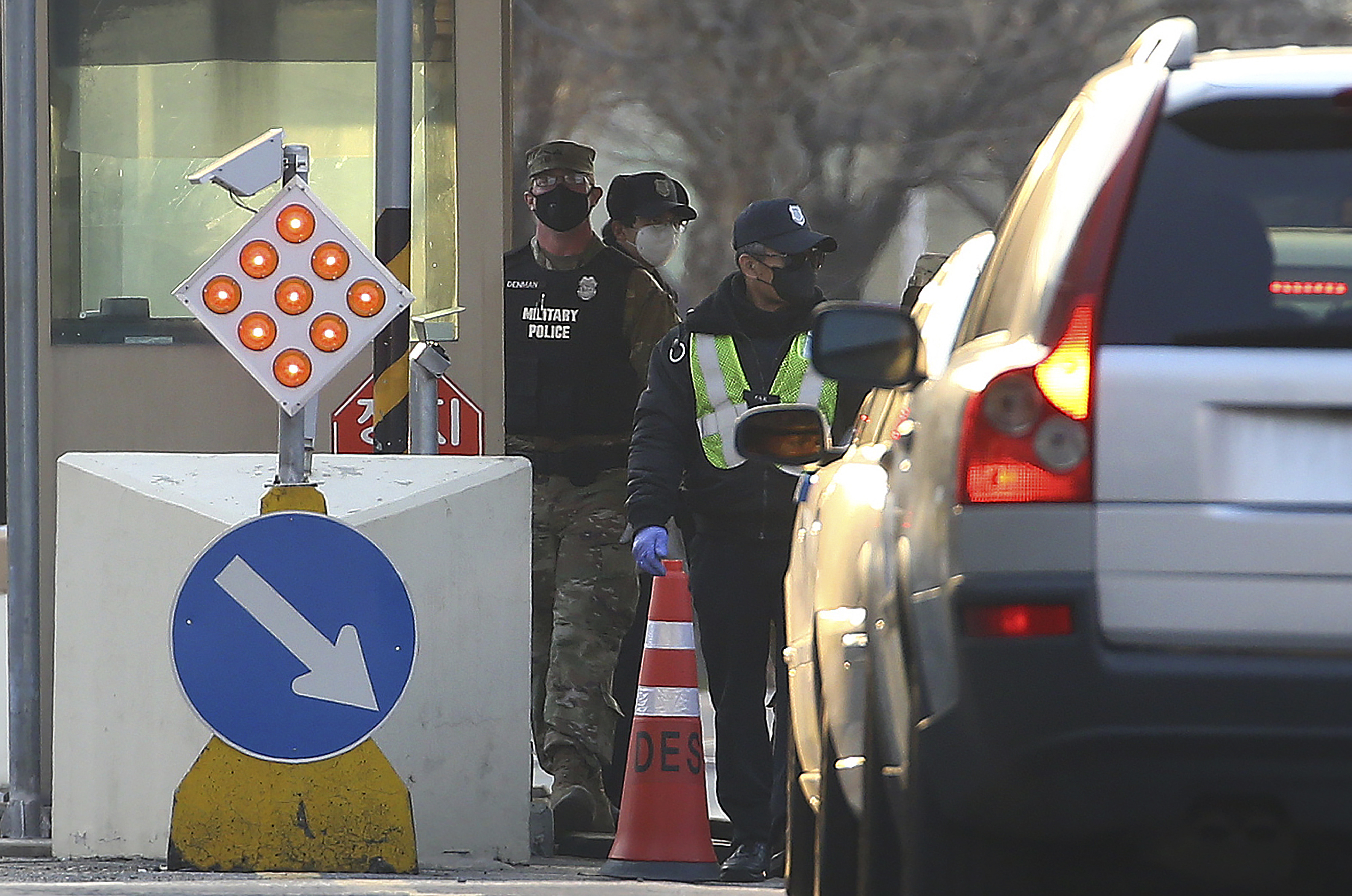