The Trump administration sent more than a dozen health workers from the Department of Health and Human Services’ to greet passengers evacuated from Wuhan, the city in China at the epicenter of the coronavirus outbreak.

But it forgot to give them proper training for public health emergencies. Or proper protective clothing. And then it let them back into the general population without testing them for coronavirus.

That is the accusation leveled by a senior HHS official based in Washington who has filed an official whistleblower complaint after she was allegedly reassigned for raising concerns about the administration’s lack of proper procedure.

According to the complaint, more than a dozen staff members from HHS’ Administration for Children and Families department traveled to Travis Air Force Base and March Air Reserve Base in late January and early February to meet passengers who had been evacuated from Wuhan.

The officials were ordered to enter quarantined areas, including a hangar where coronavirus evacuees were being received, the complaint said, adding that the officials were not provided safety-protocol training until five days into their assignment.

While they did not display any symptoms of the virus, the workers were never tested for coronavirus before being allowed back into the general population.

“I soon began to field panicked calls from my leadership team and deployed staff members expressing concerns with the lack of HHS communication and coordination, staff being sent into quarantined areas without personal protective equipment, training or experience in managing public health emergencies, safety protocols and the potential danger to both themselves and members of the public they come into contact with,” the whistleblower wrote.

When the whistleblower raised her concerns with her superiors, she was “improperly” reassigned and told on Feb. 19 that if she didn’t accept the new position within 15 days she would be terminated.

The complaint, first reported by the Washington Post and since confirmed by CNN and the New York Times, was filed on Wednesday with the Office of the Special Counsel (OSC), an independent federal watchdog agency and shared with Congress.

The OSC confirmed it has received the complaint and assigned the case.

“We are hopeful that Congress and the OSC will investigate this case in a timely and comprehensive manner,” Ari Wilkenfeld, a lawyer for the whistleblower, told CNN. “This matter concerns HHS’s response to the coronavirus, and its failure to protect its employees and potentially the public. The retaliatory efforts to intimidate and silence our client must be opposed.”

The complaint adds to growing concerns that the Trump administration is not up to the task of responding to the threat posed the coronavirus outbreak poses to the U.S.

President Donald Trump drew criticism when he held a rambling and incoherent press conference on Wednesday, displaying a lack of understanding of how the outbreak could affect the country.

READ: The coronavirus threat just got real in Europe

By Thursday evening, Trump appeared to be relying on divine intervention to deal with the crisis.

“It’s going to disappear. One day it’s like a miracle, it will disappear,” Trump said at the White House. “And from our shores, you know, it could get worse before it gets better. Could maybe go away. We’ll see what happens.”

The White House meanwhile has moved to lock down the narrative around the outbreak, directing all government health officials and scientists to coordinate all statements and public appearances with Vice President Mike Pence, who is leading the coronavirus response.

Trump’s rambling comments about the coronavirus stand in stark contrast to the administration’s own experts, who are warning that the situation is very serious.

“This virus has adapted extremely well to human species,” Anthony Fauci, one of the country’s leading experts on viruses and the director of the National Institute of Allergy and Infectious Disease, said during a meeting of the coronavirus task force on Thursday. “We are dealing with a serious virus.” 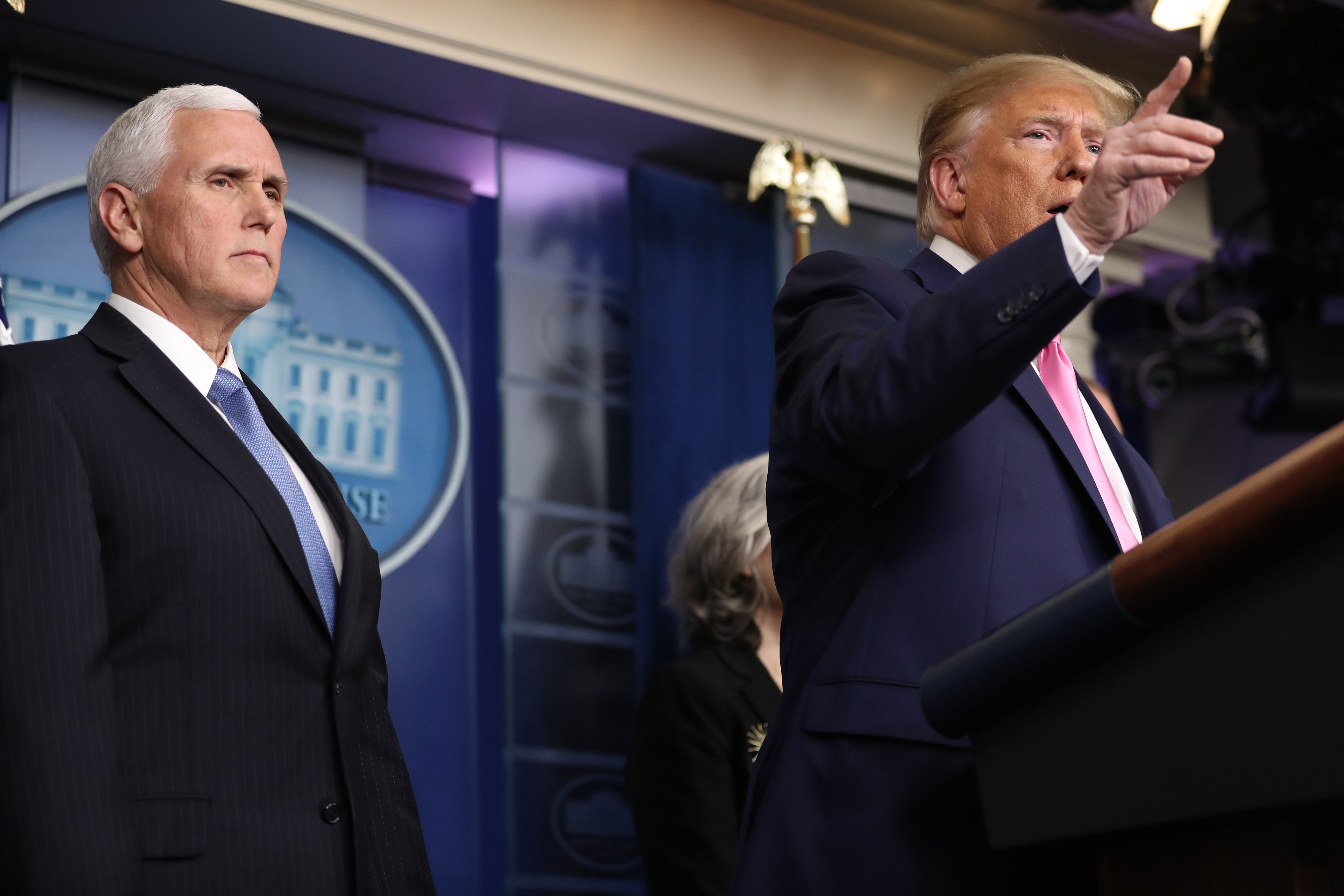 Planning to Sell Your House? Here Are Some Factors to Consider

‘Hands Up Don’t Shoot:’ Brooklyn Erupts In Violence During a Second Night of Protests