What she didn’t know is that she’d get smeared by a shady voting rights group with backing from the Congressional Hispanic Caucus.

On Monday, Cisneros posted a picture on Twitter showing a mailer accusing her of being an “NYC candidate” who’s “bringing New York flavor to Texas,” with a picture of a bagel and a slice of pizza. Cisneros was born and raised in Laredo, Texas, and says she doesn’t even like bagels. But she was endorsed as part of Rep. Alexandria Ocasio-Cortez’s Courage to Change slate and her challenge, which will be decided March 3, has been likened to Ocasio-Cortez’s unseating of former Rep. Joe Crowley in 2018.

Cisneros supports a full slate of left-wing priorities, such as Medicare for All, the Green New Deal, and “creating a humane border and immigration policy.” Cuellar, on the other hand, is one of the most conservative members of the House, siding with the GOP on right-to-work and other labor issues, the Trump administration’s assassination of a top Iranian general, and immigration. He’s also carried an ‘A” rating from the National Rifle Association for most of his career, and he took $6,950 from the NRA Political Victory Fund in the 2018 cycle.

From the start, Cisneros knew Cuellar’s seat would be heavily defended by entrenched interests in the Democratic Party, but what’s strange is how the mailer came to be.

The group that paid for it is called the Voter Protection Project, per a photo of the mailer reviewed by VICE News. On February 7, the group had an expenditure of $71,947.44 in direct mail attacking Cisneros, as well as a direct mail buy of $145,664.06 supporting Cuellar, according to FEC records.

READ: This 26-year-old is poised to oust an anti-abortion, pro-gun Democrat

“BOLD is supportive of CHC Member Congressman Henry Cuellar,” BOLD PAC spokeswoman Jazmin Vargas said in a statement to VICE News. “As the campaign arm of the Congressional Hispanic Caucus, our mission is to advance leadership diversity in Congress and ensure the Latino community has a voice in the People’s House.”

“We’re grateful for all of the support we’ve received.”

Cuellar’s campaign was more blunt. Though campaign manager Colin Strother said he’d never heard of the group, he told VICE News: “We’re grateful for all of the support we’ve received.”

Getting involved in Democratic primary battles between two candidates who support voting rights is not what the Voter Protection Project was set up to ostensibly do.

In 2018, Democrat Andrew Janz mounted a long-shot bid to unseat GOP Rep. and close Trump ally Devin Nunes in his California House seat. Janz came much closer than expected, losing by a little more than 12,000 votes out of more than 222,000 cast.

Fresh off his defeat, Janz launched the Voter Protection Project as a political action committee to “raise money in support of voter rights across the country,” according to a Fresno Bee story when the PAC was started in January 2019. The group pledges to “fight back against President Trump’s and Republicans’ attacks on our right to vote, by leading the charge to make sure every American has the right to cast a ballot.”

“We want to play a role in expanding voter rights and making sure that all Americans have access to the same voting rights we have in California: same-day registration, convenient early voting, and automatic registration at the Department of Motor Vehicles,” Janz told the Bee.

Since its founding, the group has raised nearly $1.1 million, FEC filings show, with 23% of that coming from the Congressional Hispanic Caucus’ BOLD PAC. But according to filings, the group has spent more money attempting to defeat Cisneros that it has spent on all other Democratic candidates.

A Janz staffer told VICE News in a Facebook message that they would forward our request to the Voter Protection Project, but thus far, no one has contacted us.

During his congressional career, Cuellar, a leading House moderate backed by the Koch-aligned Americans for Prosperity and Democratic House leadership, has never been particularly outspoken about the issue of voting rights, though last year he — along with every other Democrat — voted for Democrats’ voting and ethics reform bill, as well as another one to restore parts of the Voting Rights Act.

CIsneros said she’s a supporter of expanding voter rights and access. “I strongly support legislation that makes it easier for our communities to participate in the political process,” she told VICE News in a statement. “I support automatic voter registration and making Election Day a federal holiday. We must also establish independent redistricting committees to end the practice of gerrymandering and restore the Voting Rights Act.”

It’s not unusual for national organizations to help their endorsed candidates via super PACs and independent expenditures, or even to funnel the money through PACs with more friendly, local-sounding names. The super PAC Texas Forward has spent $1.2 million in the race supporting Cisneros, for instance; a closer look at its fundraising shows that all of its money comes from EMILY’s List, the national organization dedicated to electing pro-choice Democratic women which endorsed Cisneros in October.

“It does seem weird for an organization that has a stated policy goal to be running ads against a candidate who shares that policy goal.”

But given the Voter Protection Project’s mission, the Texas race wouldn’t immediately jump out as one that should be on its radar. “It does seem weird for an organization that has a stated policy goal to be running ads against a candidate who shares that policy goal,” said Brendan Fischer, federal reform director at the Campaign Legal Center, a nonprofit which advocates for accountability in campaign finance.

Although Cuellar isn’t on the Voter Protection Project’s list of endorsed candidates, Fischer pointed out that their spending on him outpaces much of what they’ve given to the candidates they have endorsed.

“The PAC can give up to $5,000 per year to candidates, but has only given $1,000 each to endorsed candidates like Haley Stevens, Chris Bubsler, Elaine Luria, Dan Feehan, Nancy Goroff, or Gary Peters,” Fischer said in an email. “Meanwhile, Voter Protection Project has spent over 250 times the amount contributed to some of its endorsed candidates backing a candidate who the PAC has not endorsed.”

Strother, while denying that the campaign knew about the outside help, echoed the claim in the mailer, saying that Cuellar’s opponent “moved here from New York eight months ago.” Cisneros’ campaign says that she spent less than a year in New York on a fellowship working with the public defender organization Brooklyn Defender Services on immigration issues, on a fellowship funded by the University of Texas School of Law.

“It’s a tale of two campaigns,” Strother said. “Ours is on the ground, hers is on social media.”

“The strength of our grassroots movement has taken Congressman Cuellar and his allies by surprise,” Cisneros said in a statement. “While they’ve been taking his reelection for granted, we’ve been talking to voters who feel their needs have been overlooked by lawmakers in Washington for far too long. People in our district are ready for Trump’s favorite Democrat to be sent packing.”

Outside of sketchy donations, the Cuellar and Cisneros race has been just one high-profile battle between progressives and moderates in this cycle.

In Illinois, Marie Newman, who has also been backed by Ocasio-Cortez’s group as well as Sens. Bernie Sanders and Elizabeth Warren, is making her second run for Congress against incumbent Rep. Dan Lipinski, an anti-choice Democrat who voted against Obamacare in 2010.

But the Cisneros and Cuellar race may be where the battle lines between establishment and the anti-establishment are most prominently drawn, and the most analogous to Ocasio-Cortez’s own race against former top Democrat Joe Crowley in 2018.

So far in the race, Cuellar has raised nearly $1.8 million to Cisneros’ $1.3 million, though Cuellar has over $2 million on hand compared to fewer than $300,000 for Cisneros, according to FEC reports. So far this year, however, Cisneros has out-raised Cuellar, the San Antonio Express-News reported this week.

Cisneros has the backing of high-profile progressives and liberal groups like MoveOn.org, Justice Democrats, and the Progressive Change Campaign Committee, labor groups such as the Texas AFL-CIO, AFSCME, and CWA, and pro-choice groups such as NARAL, EMILY’s List, and the Planned Parenthood Action Fund.

Cuellar, on the other hand, is backed by the U.S. Chamber of Commerce — which gave $200,000 to Cuellar’s campaign earlier this month — as well as police and firefighter unions and associations. He also received the first endorsement a Democrat has ever gotten in a federal election from the Koch political network, via the group’s LIBRE Initiative.

Cuellar “has been a champion of prosperity through regulatory reform, fighting to ensure that small businesses compete on a level playing field and their employees can live their American Dream,” LIBRE Initiative Action senior advisor Daniel Garza said in a memo earlier this month.

“Congressman Cuellar can turn to whichever corporate and conservative allies he wants for campaign contributions and outside support – ultimately, this election will be determined by the hardworking people of this district who are ready for new representation in Congress,” Cisneros told VICE News in a statement.

Perhaps more importantly, the incumbent also boasts support from Speaker Nancy Pelosi, Rep. Cheri Bustos, the head of the Democratic Congressional Campaign Committee, and Rep. Nita Lowey, the chair of the House Appropriations Committee. Pelosi and Bustos especially have been skeptical of the Green New Deal and Medicare for All, and both have clashed with Ocasio-Cortez and other left-wing freshmen.

There’s been no public polling released in the race. Last week, Pelosi and Lowey made an appearance at Cuellar’s campaign office in Laredo to show their support.

“We assume that Henry will win, but we don’t take anything for granted,” Pelosi told reporters. “The word ‘assume’ — ass of you and me. Assume nothing.” 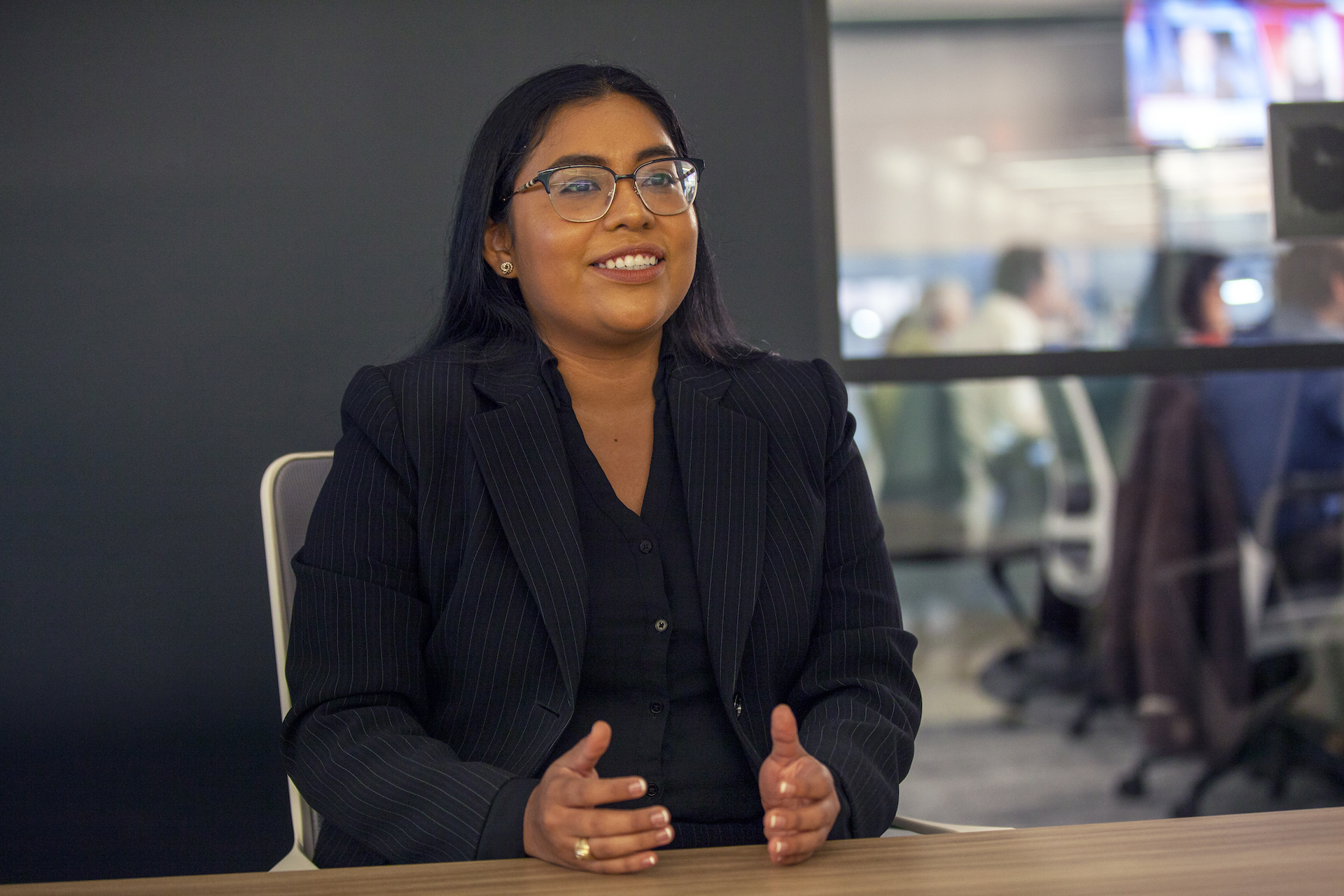 What are the major reasons for any car accident?

Upgrade your home with these Top Tech Home Gadgets