In February, Dez Martinez brought advocates into the sparse field in Fresno, California where approximately 20 homeless people had set up camp. Her mission: register them so they could receive a mail-in ballot to vote in California’s primary election on Super Tuesday.

“They get excited when they learn they have the right to vote,” said Martinez, 47, the formerly homeless founder of We Are Not Invisible in Fresno. “Being homeless, you feel like you don’t have rights at all.”

California, like many states, no longer requires a traditional home address to register to vote. Homeless people can register using cross streets, or the address of a local shelter. That works if you can show up in person to vote, but a lot of homeless cannot. Some lack transportation to a polling location, or can’t leave their possessions unattended.

To mail in a ballot, voters need a mailing address, and for these Fresno residents, Martinez had a solution: a local church. She’d planned to pick up the ballots at the church, distribute them to the encampment, and drop them off at a polling location ahead of Super Tuesday.

One problem: cops showed up more than a week before the election and told all the homeless people to pack up and leave. That left Martinez tracking down each individual to make sure they have a ballot to fill out. For those she didn’t register at the camp, she’s planning to drive anyone she can find to the polls for same-day registration herself, she said.

READ: We may not know who won the biggest state on Super Tuesday for weeks

California’s taken massive strides to make it easier for its estimated 150,000-plus homeless people to vote on the state’s March 3 primary, and help allocate the states 415 delegates.

Some counties recently got rid of specified polling locations — a complicated spot to pin down for people constantly moving from block to block — to favor more inclusive “voting centers,” where any county resident can drop off their ballot. Those centers are open up to 10 days before the actual election, and Los Angeles — home to Skid Row, one of the largest encampments in the country — has made transportation to them free on Election Day to ensure people get there in time.

Californians can also conditionally register on the same day they cast a provisional ballot in person. Voters don’t need an ID to register; just the last four digits of their Social Security number. And if they’ve forgotten it, a county elections official will assign them a number that identifies them as a voter, according to California’s Secretary of State website.

READ: The Democratic Establishment is pulling out all the stops for Biden

That’s in contrast to other states that vote Tuesday, including Tennessee, which require photo identification — like a driver’s license or passport — to vote.

And yet, despite California’s gains, significant challenges remain for the state’s homeless population that could prevent them from having a voice in the 2020 election.

There are myriad reasons why homeless people may be reluctant to vote, or find it too burdensome to do so. For one, voters using mail-in ballot still need a place to receive mail, and some of the religious organizations that offer themselves as a mailing address for the homeless require photo identification to retrieve items, said Jolene Jones co-founder of the Winter Faith Collaborative and Housing for All Alliance in San Jose.

And if a homeless person is unable to receive a mail-in ballot, going to a physical polling location where there may be police officers or government officials can seem like a particularly scary prospect for homeless people. Wes White, a 44-year-old from Salinas who has previously experienced homelessness and has run for local office himself, said homeless people may avoid such locations because they have outstanding tickets or previous run-ins with police.

READ: Bernie has a plan to knock Elizabeth Warren out of the race

Then there’s the fact that it’s “virtually impossible to keep up on current events when you’re out there on the streets,” said Kris Gardner-Ramsey, a 38-year-old, formerly homeless advocate in San Jose. And even if you know where to go, when to vote, and who to vote for, you may lack reliable or affordable transportation to get there, she added.

“And it’s impossible to leave everything you own behind so that you can go and vote,” said Gardner-Ramsey. “They’ll be gone by the time they get back.”

She was homeless for 10 years before she found housing in May 2019. Only after she was off the streets did she feel comfortable getting more politically involved. Her husband, 53-year-old Raymond Ramsey, did not vote at all when he was living outside for the same reason, he said, adding that it wasn’t a priority. He, too, is planning to vote now that he’s housed. They both favor Sen. Bernie Sanders, a Democrat, and are part of local efforts to encourage homeless people to vote in the general election through an advocacy group called Second Street Voices.

“Unhoused people don’t vote because they have a lot of things going on, and it’s on people who have been housed recently to put a foot in the door — make it stick there — so the next person can come through,” Ramsey said.

And for would-be voter Scott Largent, a 42-year-old in San Jose who recently became homeless, the location of his nearest ballot drop-box — based in a library — banned him from coming by for 30 days. He’s unable to find any information about where else he’s supposed to vote. He previously used the library’s WiFi to answer such questions and find out more about candidates, and using WiFi at local government buildings usually leads to him being kicked out. He’s particularly passionate about local elections, and doesn’t feel strongly about any of the presidential candidates.

Brian Leonard, an advocate with Survivors of the Street and a 48-year-old from San Jose who has been homeless for six years, said it can be difficult to figure out how to become politically involved because there’s no information where homeless spend their time, like the local 7/11. That information is more widely distributed in affluent areas, he said. He’s a supporter of President Donald Trump.

“He’s probably the closest candidate that has a homeless state of mind,” he said.

The barriers to homeless people voting nationwide are particularly concerning because many of the issues at stake in this election — health care, affordable housing, wealth equality — are important to poor Americans, said Jessica Bartholow, a policy advocate at the Western Center on Law & Poverty.

“There’s a lot of stake for people who are unhoused right now in the presidential election,” Bartholow, based in California, said. ‘And yet there’s more effort now than ever before to undermine the effort of organizing people who are low-income and homeless.” 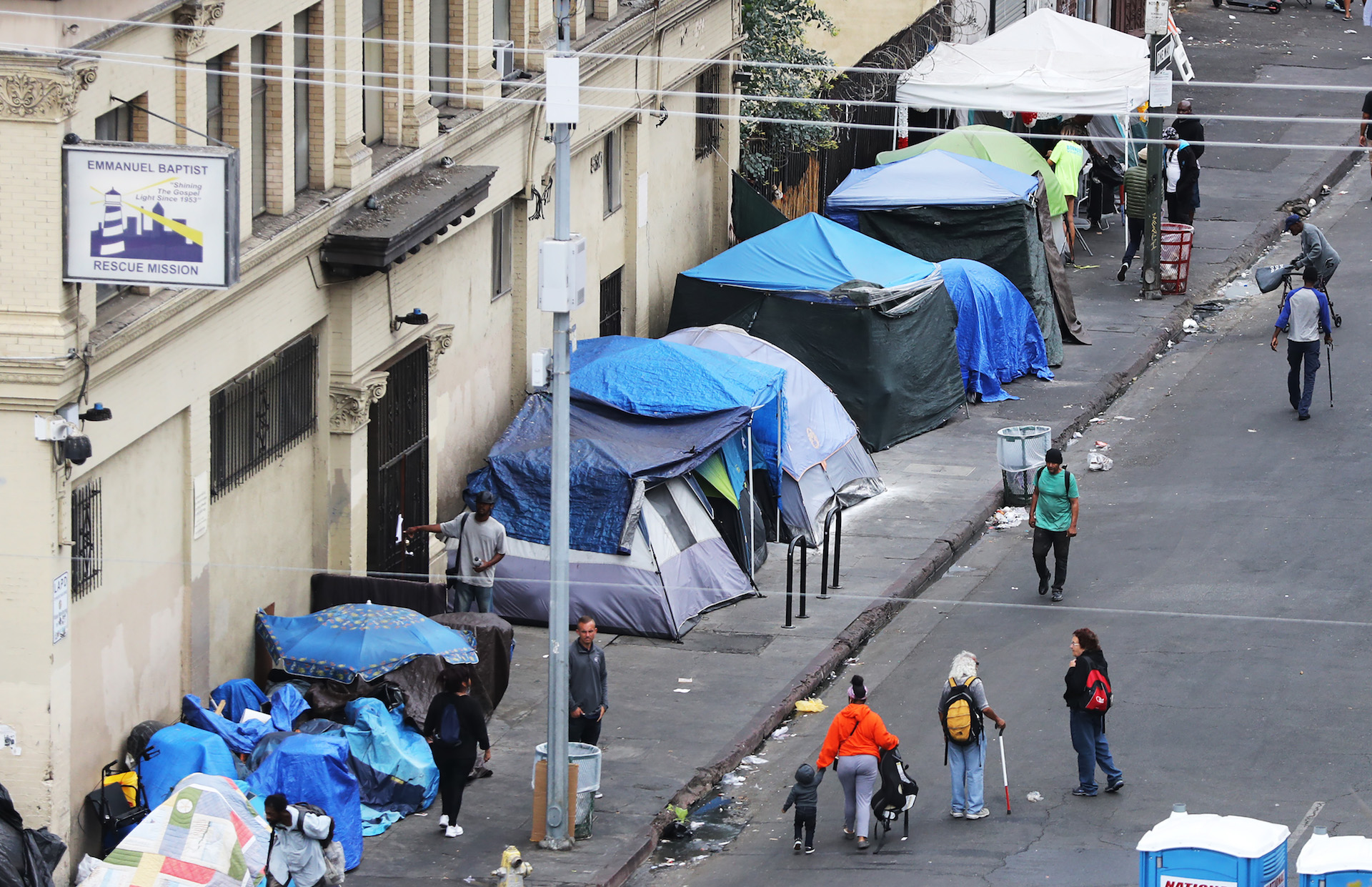