The novel coronavirus is rapidly gaining ground in the U.S.

In recent days, instances of COVID-19, the disease caused by the coronavirus, have been confirmed among patients located in California, New Hampshire, Oregon, New York, Rhode Island, and Florida.

There are concerns, too, that the respiratory illness may have been spreading undetected in the U.S. for weeks. Just days after federal health officials warned a domestic outbreak was inevitable, testing is ramping up, hundreds of people are being monitored, schools are shutting down, and travel plans are being scuttled.

The Trump administration is even meeting with pharmaceutical executives Monday to mull potential vaccines.

U.S. authorities have reported 88 novel coronavirus cases so far, with the number of confirmed cases rising daily. President Trump could announce an emergency declaration, according to NBC News — a possibility that officials with the Federal Emergency Management Agency are already planning for.

Now, all eyes are on the Pacific Northwest — the location of the first U.S.-based case of the novel coronavirus, and the first deaths — for what the virus’ spread might look like elsewhere in the U.S.

As of Monday morning, six people had died on U.S. soil from the novel coronavirus. All six deaths occurred in Washington State, including some people with ties to a nursing home. The first coronavirus death — a man with prior health conditions, according to KUOW — was reported Friday outside Seattle. The second death, an elderly man in his 70s with prior health conditions, was announced Sunday.

There are 13 confirmed cases of coronavirus in the state, according to Washington’s Department of Health, and Washington Gov. Jay Inslee has declared a state of emergency.

Researchers have warned, too, that the virus may have spread undetected in the state for six weeks, meaning more cases — potentially hundreds — could’ve gone unreported to health authorities, according to recent analysis from Trevor Bedford, a genetic and infectious disease researcher at Fred Hutchinson Cancer Research Center.

Meanwhile, global markets continue to be rattled by the spread of the virus that’s sickened nearly 90,000 and killed 3,000 people since originating in Wuhan late last year. (The vast majority of the cases and deaths are in China, according to data from the World Health Organization.)

The virus has now touched every continent except Antarctica, and continues to tear through countries including South Korea, Iran, and Italy.

Cover: Healthcare workers transport a patient on a stretcher into an ambulance at Life Care Center of Kirkland on February 29, 2020 in Kirkland, Washington. Dozens of staff and residents at Life Care Center of Kirkland are reportedly exhibiting coronavirus-like symptoms, with two confirmed cases of (COVID-19) associated with the nursing facility reported so far. (Photo by David Ryder/Getty Images) 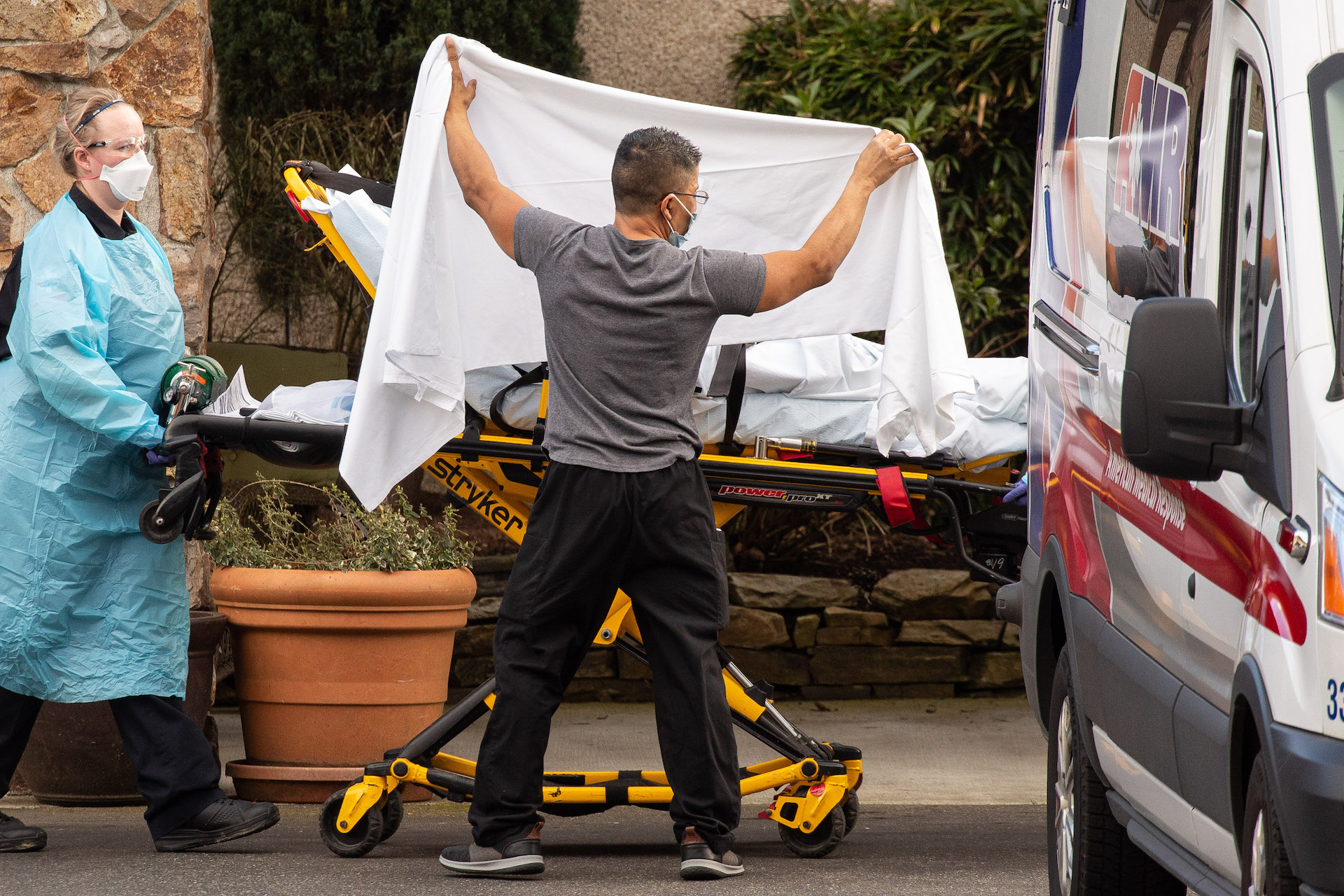 Trump Allies Are Losing It