BURLINGTON, Vt. — Sen. Bernie Sanders called for substance and civility, but some of his high-profile supporters only want to talk about Joe Biden’s supposed senility.

The Democratic nomination has essentially been whittled down to a two-man race between Sanders and former Vice President Joe Biden, and it’s going to get really, really nasty, threatening a return to the conditions that contributed to a Democratic Party meltdown in 2016.

“I like Joe, Joe is a decent guy and I do not want this campaign to degenerate into a Trump-type effort where we’re attacking each other, where it’s personal attacks,” Sanders said Wednesday. “That is the last thing this country wants.”

But that’s exactly what the country is going to get, if not from Sanders himself, than aggrieved surrogates already going nuclear. It didn’t take long for some to start passing around a video of Biden’s many stumbles at debates and on the campaign trail and calling him mentally unfit for the presidency, an attack that will no doubt be re-upped if the two men meet one-on-one on the next debate stage.

Other backers in Sanders’ orbit say they plan to highlight how Biden’s policies would literally kill people. Others still have lashed out at political staff, insinuating they’re only in it for the money.

Meanwhile, the campaign itself is out with ads attacking Biden on policy, including one highlighting Biden’s support for NAFTA.

“The banksters that have been robbing us blind and stealing our pensions and destroying our communities, they have something to worry about,” says a union worker in the ad, as an image of Biden flashed across the screen.

READ: Democrats can stop panicking about a contested convention now

During a call with the press on Wednesday, Rep. Cedric Richmond (D-La.) and other Biden surrogates railed against the new ads, which will air in states like Michigan that vote on March 10 and states like Arizona and Florida, where voters go to the polls on March 17.

“We can’t divide this party like we did last time and allow Trump to get reelected,” Richmond said. “And so as he rails against the establishment, I just did not know that African Americans in the South are considered part of the establishment.”

Sanders expressed a similar grievance about the way his campaign has been treated in the press.

“There has not been a campaign, I think, that has been having to deal with the kind of venom we’re seeing from some in the corporate media,” he said. “This campaign has been compared to the coronavirus on television. We have been described as the Nazi army marching across France.”

Sanders lost badly to Biden among African American voters in South Carolina and on Super Tuesday. One ad highlights Sanders’ relationship with Obama. That serves to reinforce to voters the lack of an endorsement from Obama for his own vice president, even as it may seem out of concert as Sanders rails against the establishment. It may even be a message to Obama himself.

“I have not the slightest doubt that there is an enormous pressure on President Obama to jump into this race, and support Joe Biden,” Sanders said at his press conference. “Some of you may read the other day that he thinks the best role that he can play, and I agree with him, is to support the winner so he doesn’t create more division, and I think he’s right, but that’s not easy for him to do and I very much appreciate his doing that.”

One top campaign official told VICE News of the the Obama ad: “Everyone is doing it,” a nod to the fact that Biden and recent campaign dropout and former New York City Mayor Michael Bloomberg have run ads tying themselves to the wildly popular former president. This official acknowledged the fact that Sanders needs to do better with African American voters, and that this ad is part of that strategy.

READ: Bloomberg to reassess campaign after spending half a billion to win American Samoa

All that will play out as Sanders tries to fortify his support with young people. The Sunrise Movement, which has endorsed Sanders and been present at many of his events, plans to criticize Biden’s purported lack of a climate plan. They’ll hold a call on Sunday and are planning a massive climate strike on Earth Day.

“Joe Biden’s climate plan is a disgrace and it is honestly a death sentence for millions of people,” said Sunrise Movement spokesman Stephen O’Hanlon.

The drawbacks of such pointed attacks are coming into relief as Sanders surrogates reportedly court Sen. Elizabeth Warren’s endorsement, if she decides to end her campaign.

The Sanders campaign acknowledged they were shellacked on Super Tuesday, in large part because of a Biden surge precipitated by the media attention around the late endorsements of former South Bend, Indiana, Mayor Pete Buttigieg, Minnesota Sen. Amy Klobuchar and ex-Rep. Beto O’Rourke of Texas.

Sanders got a similar blitz of positive press coverage after Rep. Alexandria Ocasio-Cortez and the Squad endorsed him, which helped turn the tide of the campaign ailing after Sanders suffered a heart attack. But there are not many high-profile potential endorsers left for Sanders to draw from, except one, Warren — and she may not want to after being on the receiving end of just the kinds of attacks the Sanders supporters are now deploying against Biden. 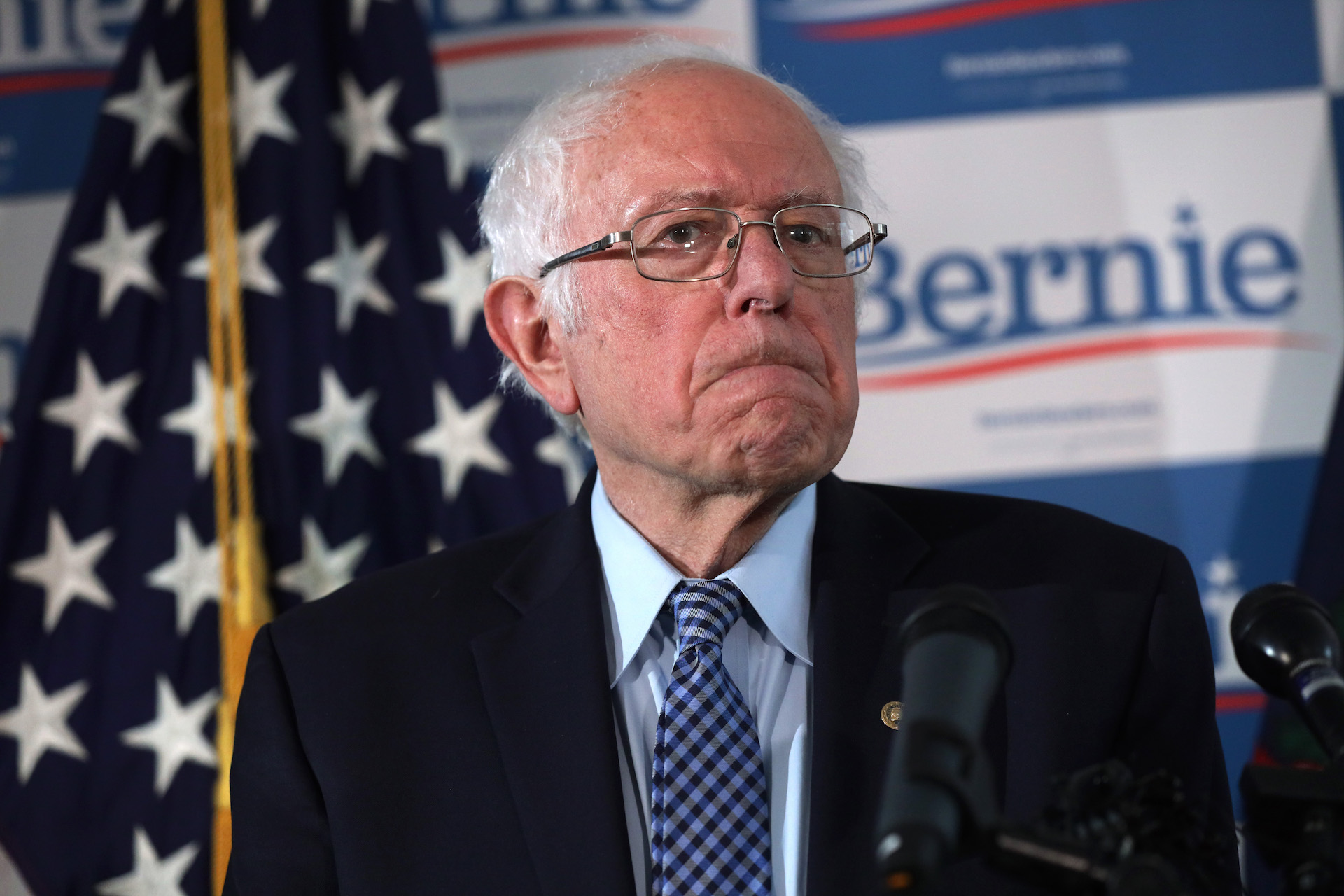 The Sky is the limit with Apertus Aviation

These Doctors Are Joining the George Floyd Protests — Despite the Pandemic