In arguments over the biggest abortion case to hit the Supreme Court in years, the justices seemed deeply divided — and Chief Justice John Roberts, the closest thing on the bench to a swing justice, gave no clear signal about how he plans to vote.

The case, which attorneys argued in front of the court Wednesday, centers on the constitutionality of a Louisiana law that requires abortion providers to have admitting privileges at a nearby hospital. If the restriction goes into effect, all but one of Louisiana’s abortion clinics are set to close.

But the impact of June Medical Services v. Russo will likely be felt far outside of Louisiana. The case doesn’t directly challenge Roe v. Wade, which abortion opponents have been gunning to overturn since it legalized abortion nationwide in 1973. But advocates for abortion rights say that if they lose, conservatives could ram through restrictions that would close clinics and eradicate access to legal abortion across the United States.

While the justices can rule anytime, a decision in June Medical Services v. Russo isn’t expected until June.

When Julie Rikelman, who’s representing the abortion clinic that sued over the Louisiana law, addressed the justices, she tried to frame the case as a reflection of the court’s need to preserve its legacy. Throughout arguments, she repeatedly tacked on the fact that in 2016, the Supreme Court had struck down a Texas law that’s essentially identical to the Louisiana restriction, for making it unconstitutionally difficult for women to get abortions.

“This case is about respect for the court’s precedent,” said Rikelman, who’s senior litigation director at the Center for Reproductive Rights. 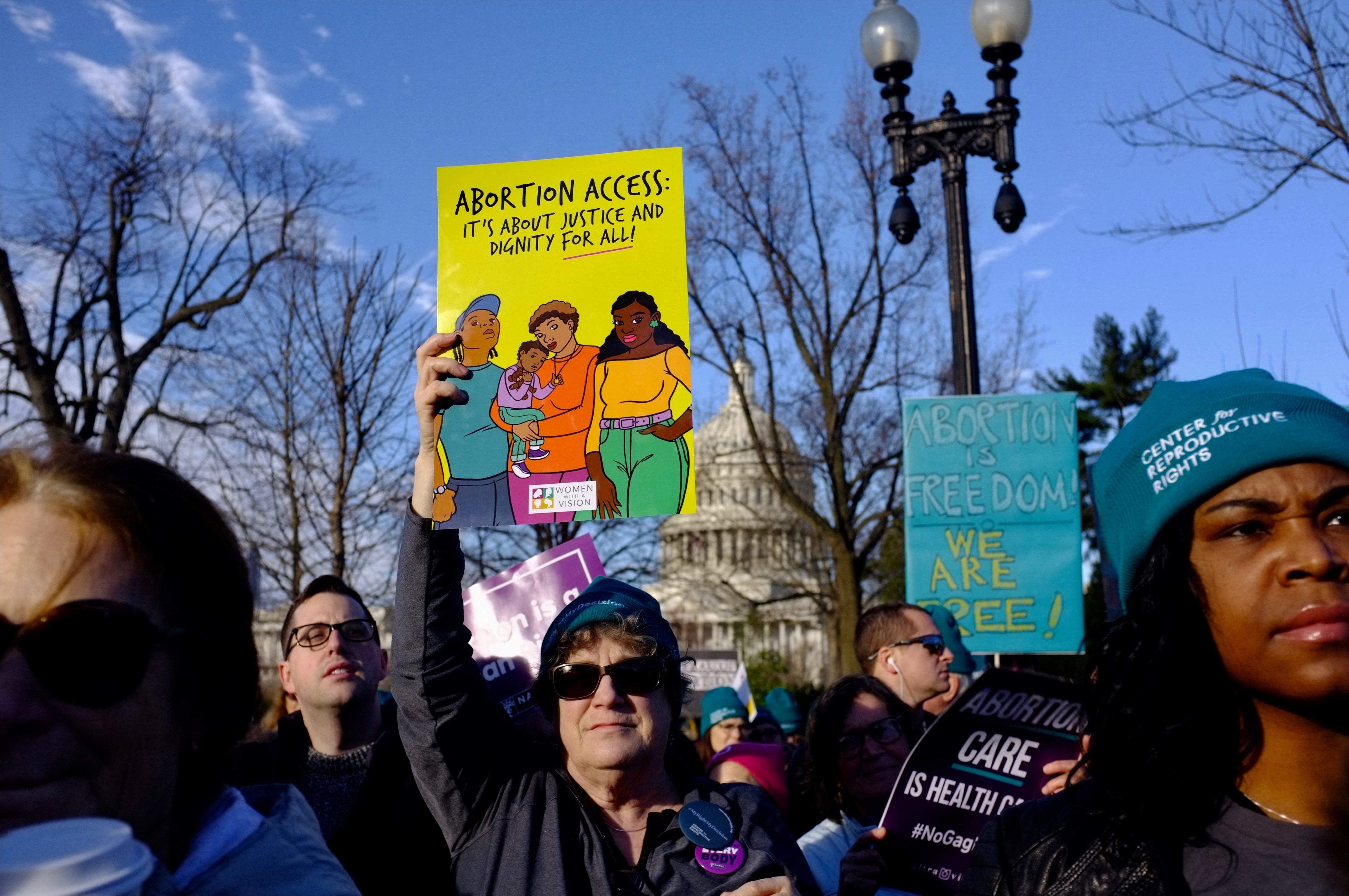 That focus on precedent is likely a play for sympathy from Roberts, who has long been concerned with preserving the Supreme Court’s legitimacy as an apolitical institution. Roberts is also the closet thing the bench has to a swing justice: Though he’s historically conservative, he voted last year with the liberal wing of the court to temporarily block the Louisiana abortion restriction from taking effect.

Roberts seemed struck by the question of whether the ruling in the 2016 Texas case, Whole Woman’s Health v. Hellerstedt, should apply to Louisiana, or if abortion rights advocates always need to sue to determine whether a state’s admitting privileges law is unconstitutional. Louisiana has argued that Whole Woman’s Health shouldn’t matter in this case, because the facts on the ground in Louisiana regarding the availability and regulation of abortion are different enough.

A ruling in Louisiana’s favor would likely force abortion rights supporters to file lawsuit after lawsuit, a draining practice that could leave more abortion restrictions intact.

Roberts asked both Rikelman and Murrill, who argued for Louisiana as its solicitor general, whether the constitutionality of laws like Louisiana’s should be decided on a state-by-state basis. Toward the end of the arguments, Roberts suggested that he thought they shouldn’t be.

“The law varies from state to state, but why do you look at each state differently if the benefits of the law — they’re not going to change from state to state,” Roberts told Jeffrey Wall, U.S. principal deputy solicitor general, who also argued on Louisiana’s behalf.

The case was also justices Neil Gorsuch and Brett Kavanaugh’s first chance to hear arguments in an abortion case. But Gorsuch said nothing during arguments. Justice Clarence Thomas, who’s famously silent most of the time anyway, also kept quiet.

Kavanaugh, meanwhile, echoed Roberts’ line of questioning about whether a law like Louisiana’s could be constitutional in another state. He posed a hypothetical question to Rikelman, asking what would happen if a similar law were implemented in a state where it was easy for abortion providers to get admitting privileges.

“Assume all the doctors who currently perform abortions can obtain admitting privileges. Could you say that the law still imposes an undue burden, even if there were no effect?” he asked, using the legal term “undue burden” to refer to laws that would make getting an abortion unconstitutionally difficult.

“That law would have no benefit, Your Honor, and it may pose a much harder question than this case,” Rikelman replied, before pointing out that Louisiana’s law would leave only one doctor to handle 10,000 people per year.

The justices will also rule on whether providers should even be allowed to sue on their patients’ behalf. Providers currently file most major challenges to abortion restrictions, and if they lose that ability, they’d likely have to ask pregnant patients whether they would be willing to launch a yearlong lawsuit.

When asked about this issue, Rikelman again stressed the need to respect precedent: The Supreme Court has let providers sue on their patients’ behalf in at least eight other cases, she said.

Outside the courtroom, supporters and opponents of abortion rights launched competing rallies, with chants and horns that grew increasingly louder in an attempt to drown the other out. Inside the courtroom, the arguments were, at times, just as contentious.

While Rikelman’s portion of the arguments sometimes grew heated — especially when conservative Justice Samuel Alito dismissed one of her arguments by twice repeating “That’s amazing.” But Louisiana’s solicitor general’s interactions with the liberal justices were noticeably icier. They repeatedly cut her off.

Justice Stephen Breyer, a liberal, was also short with Wall. Breyer again focused on precedent, and on the eight cases where providers were able to sue for their patients.

Cover: An anti-abortion demonstrator participates in a rally outside of the U.S. Supreme Court in Washington, Wednesday, March 4, 2020. (AP Photo/Jose Luis Magana) 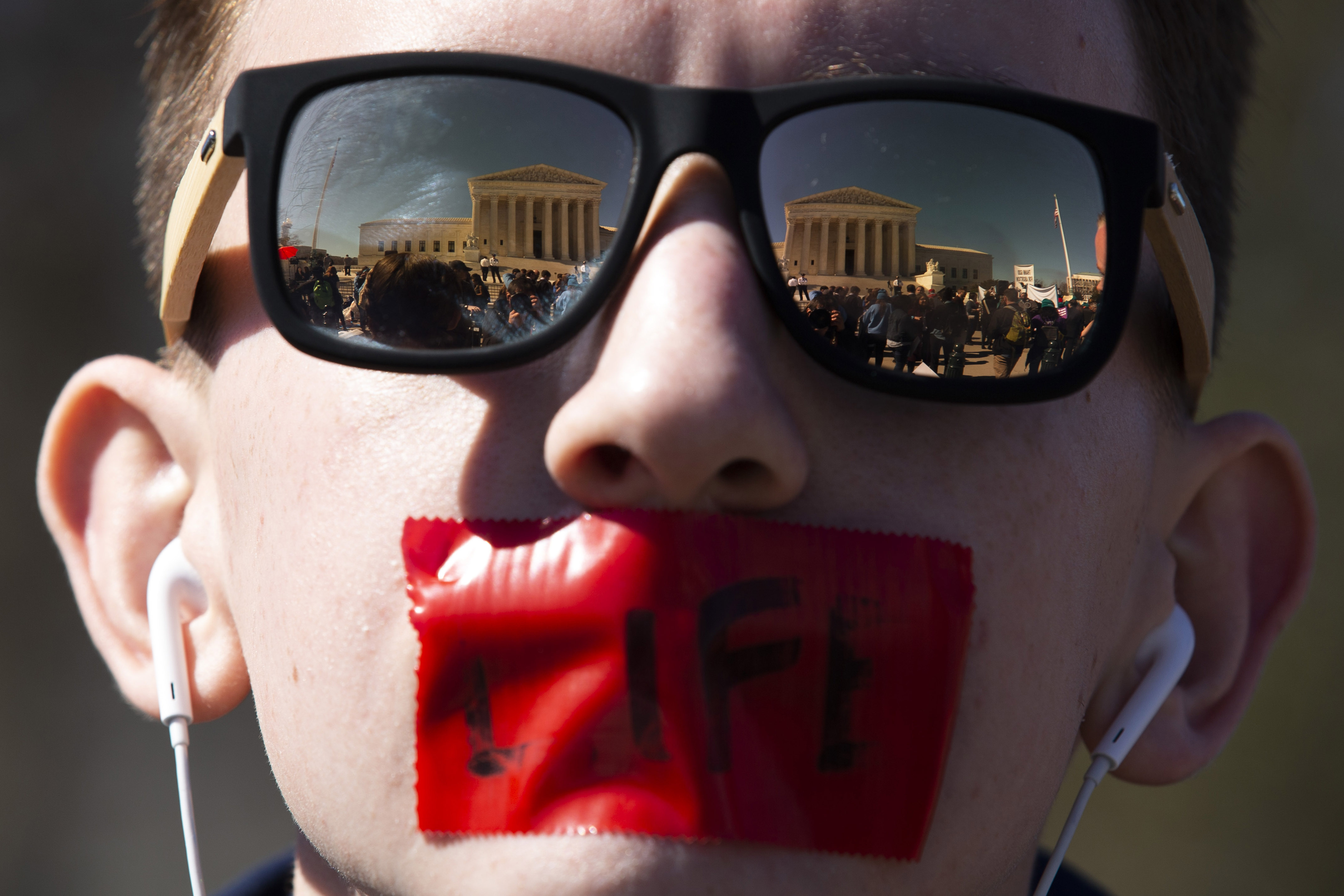 Self-employed people ‘are being left in the dark’

Klarna: We tightened our lending in lockdown