Using data collected from across the globe, the World Health Organization’s director-general said on Tuesday: “Globally, about 3.4% of reported COVID-19 cases have died.”

Instead, Trump said the real number was a “fraction of 1%” without providing any evidence beyond “conversations with a lot of people that do this.” He also contradicted his own administration’s advice on self-quarantining and announced a coronavirus death in New York that didn’t happen.

Trump’s dismissal of the WHO’s figures and willingness to spread false information is the latest example of how the White House is trying to control the coronavirus narrative to play down the seriousness of the threat from the outbreak.

Trump made the comments as an 11th person — a 71-year-old man in California — was confirmed to have died from the virus. So far 157 cases have been confirmed in the U.S., giving it a death rate of 7% — but the lack of adequate testing by the Centers for Disease Control and Prevention means that the number of infections is likely much higher than officially reported.

“Now, this is just my hunch,” Trump began.

“Based on a lot of conversations with a lot of people that do this, because a lot of people will have this, and it’s very mild — they’ll get better very rapidly, they don’t even see a doctor, they don’t even call a doctor — you never hear about those people, so you can’t put them down in the category of the overall population, in terms of this corona flu, and/or virus. So you just can’t do that.”

Hannity failed to question Trump on any of his assertions and allowed him to continue unchallenged:

READ: A Chinese doctor injected herself with an untested coronavirus vaccine

“You know all of a sudden it seems like 3 or 4%, which is a very high number, as opposed to a fraction of 1%. But again, they don’t know about the easy cases because the easy cases don’t go to the hospital. They don’t report to doctors or the hospital in many cases. So I think that that number is very high. I think the number, personally, I would say the number is way under 1%.”

Not content with dismissing the WHO’s warnings, Trump then proceeded to contradict his own administration’s advice that people stay home if they’re feeling sick.

There have been no deaths reported in New York.

Trump’s barrage of misinformation about the outbreak on Wednesday night was just the latest example of the president trying to deflect any criticism his administration has received for its botched response to the coronavirus outbreak.

Earlier on Wednesday, the president tried to lay the blame for this on his predecessor.

“The Obama administration made a decision on testing that turned out to be very detrimental to what we’re doing,” Trump told a meeting of the coronavirus task force. “And we undid that decision a few days ago so that the testing can take place in a much more rapid and accurate fashion.”

READ: Iran’s answer to the coronavirus outbreak: Cut the internet

However, experts on lab testing told Bloomberg they are unaware of any Obama-era rule that would have hindered the Trump administration from authorizing lab-developed tests in an emergency.

Also on Wednesday, during a meeting with airline executives to discuss the outbreak, White House coronavirus response coordinator Deborah Birx talked about the importance of washing one’s hands and face as a preventative measure.

Trump responded: “I haven’t touched my face in weeks. I miss it.”

But close Trump-watchers were quick to point out that this, again, was a lie.

Cover: President Donald Trump speaks during a Coronavirus briefing with Airline CEOs in the Roosevelt Room of the White House on March 4, 2020 in Washington, DC. (Photo by Oliver Contreras/SIPA USA)(Sipa via AP Images) 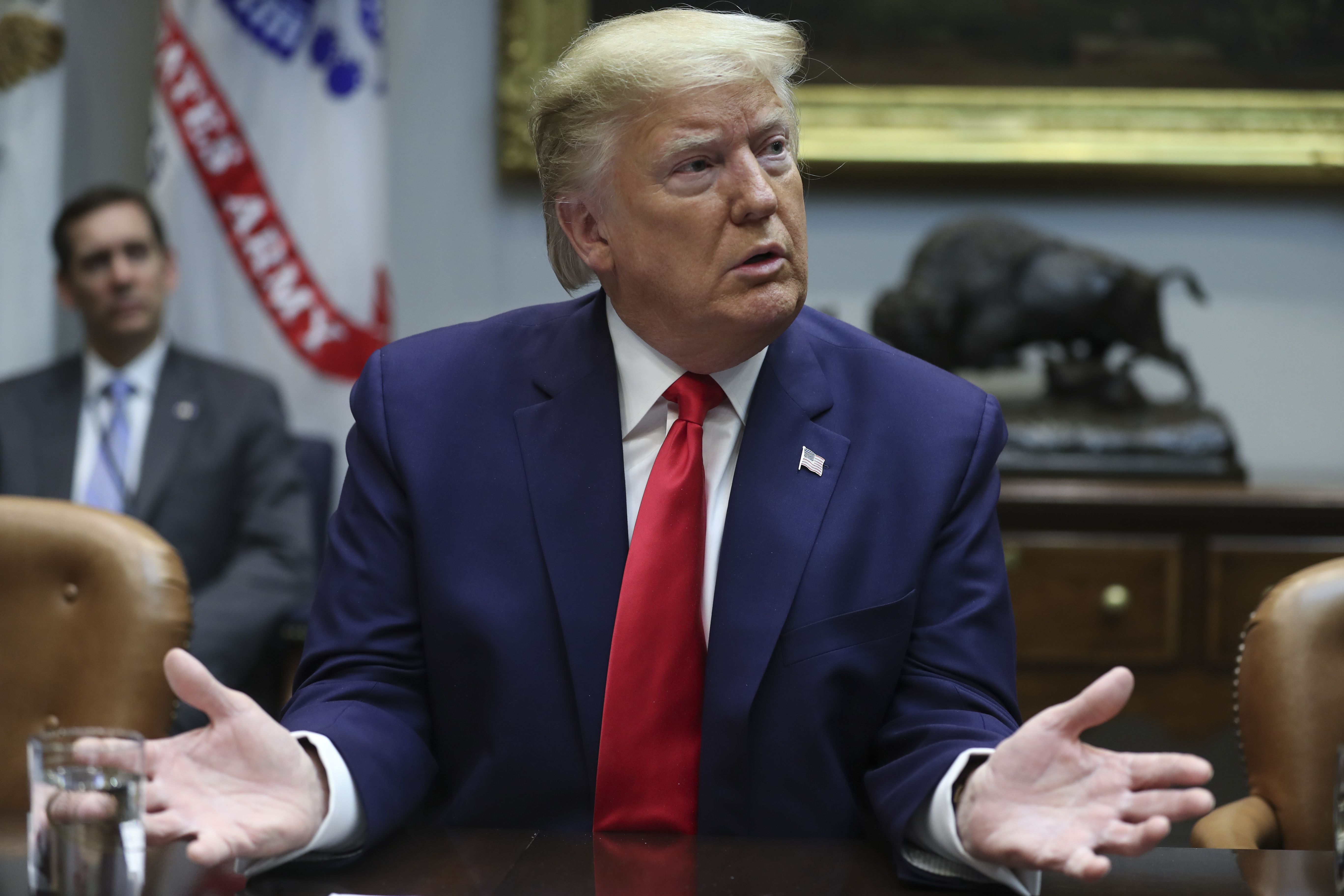 Learning How to Navigate Home Mortgages

Black Women Are Dying in Childbirth, and Democrats Are Finally Paying Attention