Chinese citizens angry at their government’s handling of the coronavirus outbreak have come up with some ingenious ways to express their outrage and circumvent the extreme censorship measures imposed by Beijing.

In a bid to control the narrative, Beijing authorities have censored sensitive topics, silenced WeChat accounts, tracked down those who are sharing criticism of the government, and disappeared citizen journalists.

But all those efforts still haven’t silenced people online, and angry citizens are now relying on coded words and phrases to express their dissatisfaction.

The most common example is “zf” which is the abbreviation for the Chinese word “government. To refer to the police, the letters “jc” are used, while “guobao” (meaning “national treasure”) or panda images are used to represent the domestic security bureau. Citizens talking about the Communist Party’s Publicity Department use “Ministry of Truth” from the George Orwell novel 1984, instead.

One of the ways Beijing has sought to stem the flow of information out of China is by cracking down on the use of virtual private networks (VPNs) as a way of circumventing its censorship system, known as the Great Firewall. So discussing this technology online has also become taboo.

Instead, citizens have been talking about how to use the technology by referring to “Vietnamese pho noodles” or “ladders.”

China’s embattled president Xi Jinping is among the most censored topics on Chinese social media. A Citizen Lab report this week showed that WeChat ramped up censorship efforts in recent weeks by adding a number of Xi-related words and phrases to its blacklist.

In an attempt to get around these restrictions, Chinese citizens have begun referring to their president as a “narrow neck bottle” because the Chinese pronunciation of the phrase is similar to that of “Xi Jinping.”

But despite the obscure nature of this reference, China’s censors managed to pick it up when they removed a question posting on Zhihu (China’s version of Quora) asking “how to wash a narrow neck bottle?”

READ: A Chinese doctor injected herself with an untested coronavirus vaccine

“To fully appreciate conversations on China’s social media platforms, merely knowing Chinese is not enough,” an Amnesty International researcher located in China who did not want to be identified told VICE News. “To combat systematic internet censorship, netizens in China have created a new vocabulary to discuss ‘sensitive issues.’ This language keeps evolving as the government constantly expands its list of prohibited terms online. Those not keeping up with the trend could easily be left confused.”

Part of the reason for China’s strict censorship of online comments is that the government is keen to change the way the world is talking about coronavirus and in particular China’s role in the outbreak.

Beijing wants to dispel the suggestion that coronavirus is a Chinese virus and instead position itself as the country that saved the world from a much worse situation. China is hitting out at other country’s failure to take the necessary measures to contain outbreaks, particularly taking aim at the U.S. and Donald Trump.

On Friday, China reported that all new cases of coronavirus came from Wuhan, the epicenter of the outbreak, further bolstering the government’s claims that it has managed to get the outbreak under control.

But there has been an unprecedented backlash against the government’s attempts to portray the situation in Hubei province as a positive one, and on Thursday that online backlash spilled over into the real world, with a very rare public display of criticism of the government.

READ: Trump just made up his own coronavirus death rate on Hannity

During a tour of Wuhan, a city of 12 million people that has been in lockdown for six weeks, residents locked in their apartments openly berated a senior government official.

Footage of the incident that has been spread virally online shows residents shouting “Everything is fake” and “It’s all fake” as officials show Vice-Premier Sun Chunlan around the city at the center of the coronavirus outbreak.

Cover: An employee clad in a protective suit waits on customers at a supermarket in Beijing, China on March 6, 2020. (The Yomiuri Shimbun via AP Images) 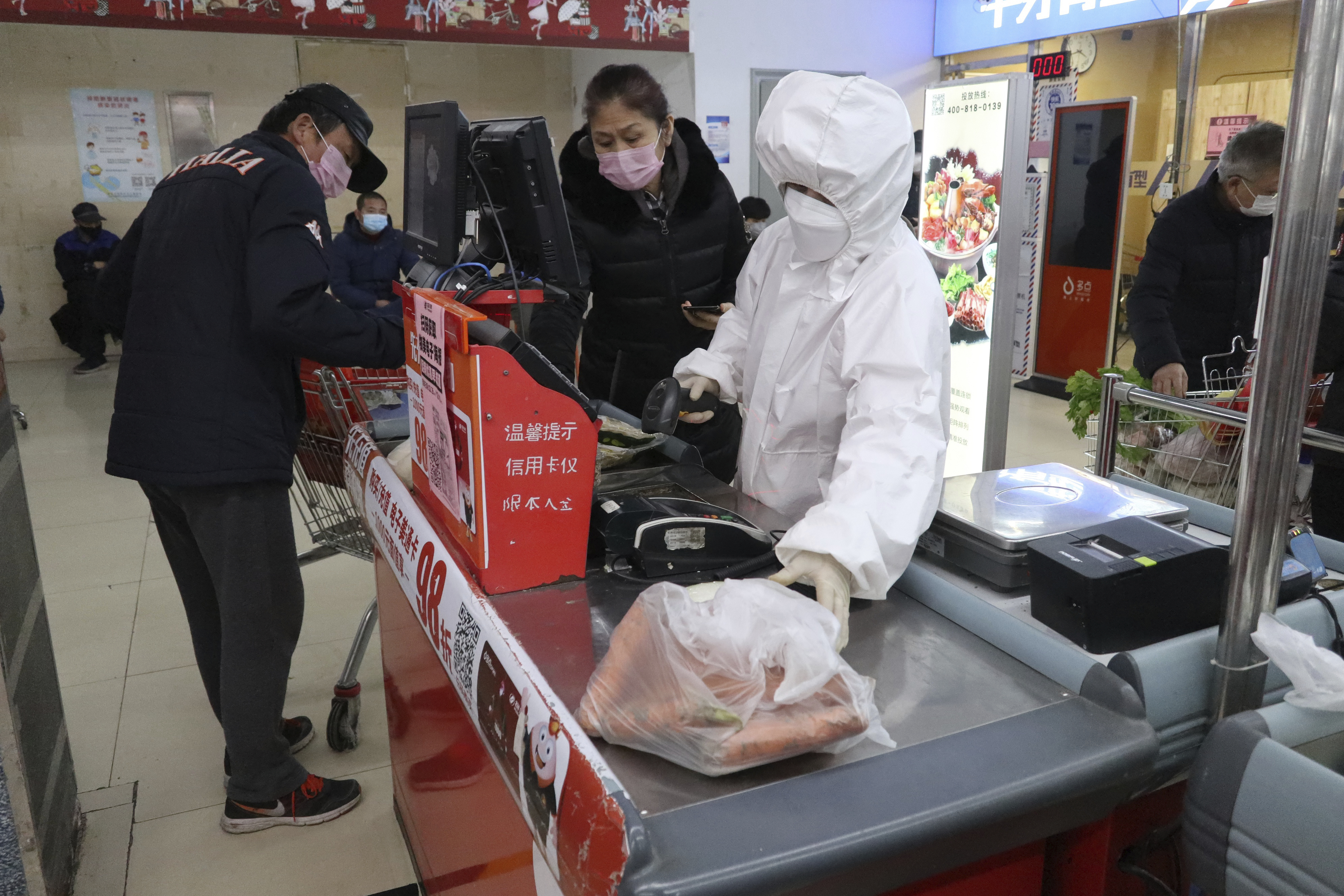