WASHINGTON — It’s March 2020, and former Vice President Joe Biden is the Democratic front-runner, and that can mean only one thing: The GOP is putting its investigation into Hunter Biden’s business connections in Ukraine into high gear.

“That will be a major issue in the campaign. I will bring that up all the time because I don’t see any way out,” President Trump told Fox News’ Sean Hannity on Wednesday.

Trump and his top GOP lieutenants on Capitol Hill claim there are real reasons to investigate Hunter Biden’s work on the board of the state-owned pipeline company Burisma Holdings while his father was vice president. But it’s definitely picked up steam since Biden won the South Carolina primary.

“Reporters are asking, is this political? Sure, everything’s political,” Senate Homeland Security Chair Ron Johnson (R-Wis.), who promises to issue a report on the Biden investigation in the next month or two, told VICE News.

Next week the Homeland Security Committee will vote to subpoena Andrii Telizhenko, a Ukrainian consultant connected to Burisma who is the source of much of Rudy Giuliani’s theories on corruption in Ukraine.

Johnson argues he’s been asking for information on Burisma and the Bidens for some time now, and he says he’s now holding the vote on the subpoena because his Democratic counterpart on the Homeland Security Committee, Sen. Gary Peters of Michigan, refused to make his request bipartisan. Even though Johnson is now prepping this new Burisma-Biden document, he argues his goal was never to make headlines.

READ: How Trump is trying to ‘Crooked Hillary’ Joe Biden with Ukraine

“We’ve been doing this oversight pretty quietly. I haven’t held any kind of show hearings. I just want the information. I just want the truth. And he disapproved, so now I’ve got to hold a vote,” Johnson said. “So now all of a sudden you make it public.”

Democrats argue the GOP’s thinly veiled political attack against the Bidens is reminiscent of Trump’s 2016 effort to raise doubts and conspiracies around Hillary Clinton for the emails that were lost when she used a private server while secretary of state.

“Republicans, lacking any vision for the American people, simply make up stuff about Democratic presidential candidates. We’ve seen this movie before,” Rep. Jim Himes (D-Conn.), a member of the Intelligence Committee, told VICE News just off the House floor.

When Republicans controlled both houses of Congress, they didn’t investigate Burisma or the Bidens, but House Minority Leader Kevin McCarthy’s now trying to accuse House Speaker Nancy Pelosi and her leadership team of being derelict of duty for not launching their own investigation.

“They want to look the other way when it comes to somebody of their own party? And now that becomes a question of politics,” McCarthy said.

Democrats laugh off those criticisms. Many argue the president’s allowed to say whatever he wants on the campaign trail, but they say using the US Senate for an actual political witch hunt is a step too far.

“It’s pretty transparent that they’re using their official resources to try and damage a Democratic candidate,” Rep. Zoe Lofgren (D-Calif.), one of the House impeachment managers, told VICE News. “There’s a difference between the president out on the campaign trail and utilizing the official resources of the United States Senate for a political campaign. That’s not what you’re supposed to do.”

Not all Republicans are happy the Homeland Security Committee is opening this Biden-Burisma investigation.

“I would prefer that investigations are done by independent, non-political bodies,” Sen. Mitt Romney (R-Utah) told reporters at the Capitol.

Still, Romney says he’s reviewing the subpoena ahead of next week’s vote. He’s “considering” supporting it, even if the optics are bad.

As elevator doors were closing on reporters, Romney added: “There’s no question the appearance is not good.” Part of the enthusiasm in the House is to please President Trump, who since he tweeted “WHERE’S HUNTER” in October; the Trump campaign has since sold out of t-shirts emblazoned with the topic.

READ: Some Democrats are so desperate for Bolton to testify, they’re reportedly willing to trade for a Biden

“Partly because the president has branded it over the last six or seven months, it comes up a lot,” Rep. Mark Walker (R-N.C.) told VICE News while walking underneath the Capitol. “A month ago we thought Joe Biden wasn’t even going to finish in the top three. Now that everybody coalesced on the Democratic side around him, I think you’ve got to be scrutinized. You’ve got to walk through the process.”

Still, Republicans admit they have no smoking gun, just a million questions that have been raised by Trump, his personal attorney Rudy Giuliani and conservative pundits.

“There may not be anything wrong here,” Rep. Mark Meadows (R-N.C.) told VICE News while walking to a House vote.

“I just think at the same time it’s hard to imagine Hunter Biden getting a good gig like that without some reason for that selection.”

Cover: Trump and his top GOP lieutenants on Capitol Hill claim there are real reasons to investigate Hunter Biden’s work on the board of a state-owned pipeline company Burisma Holdings while his father was vice president. But it’s definitely picked up steam since Biden won the South Carolina primary. (Photo by Mario Tama/Getty Images) 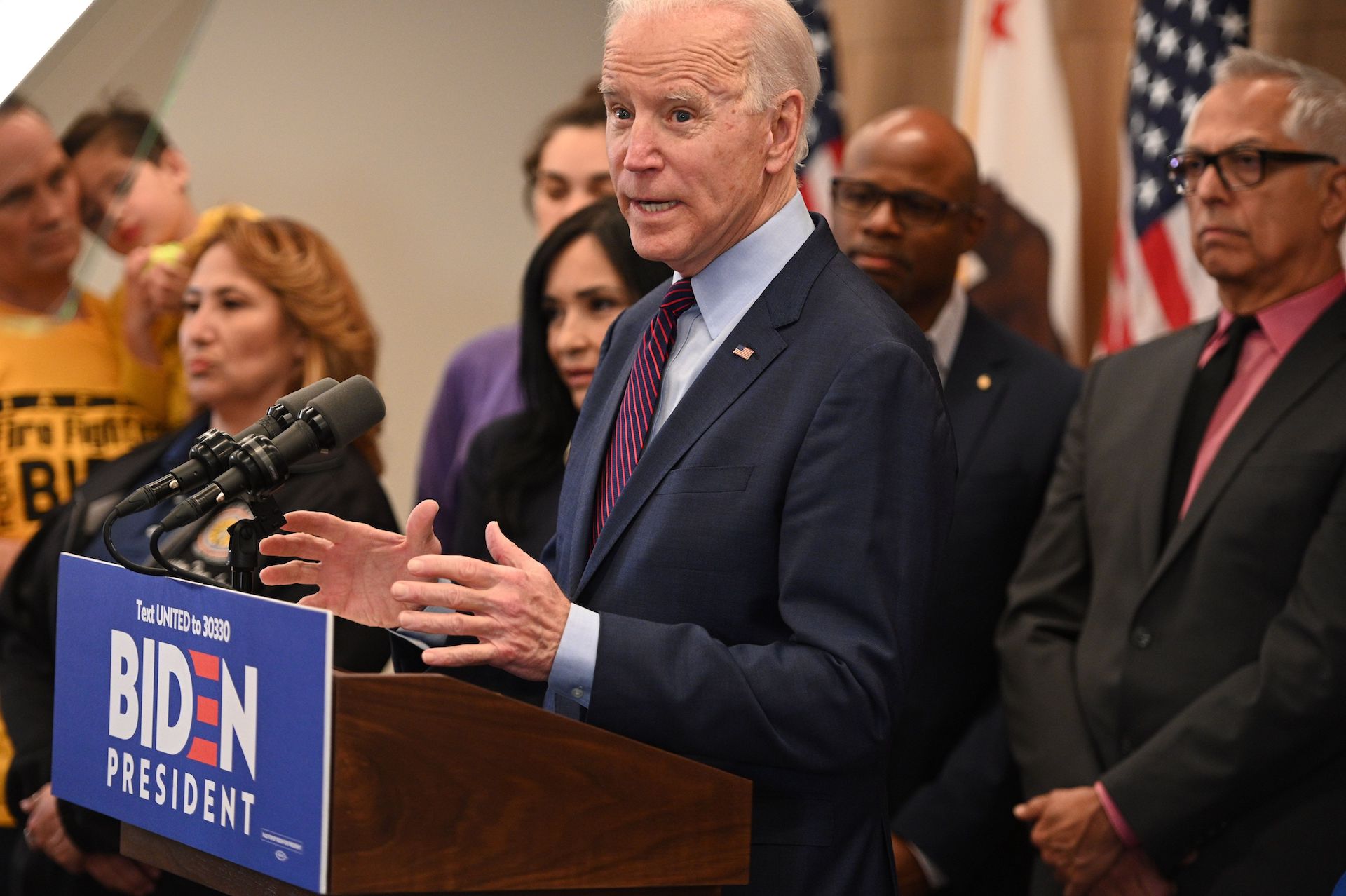 ‘I wasn’t allowed to buy my burrito with cash’