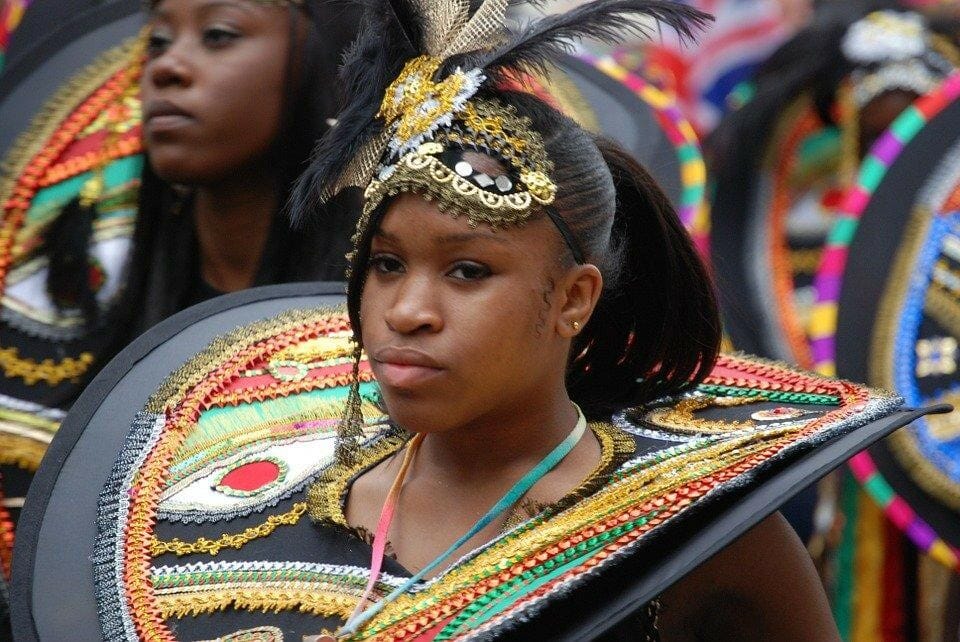 The majority of the carnivals or Mardi Gras celebrations happen before the Lent season, in the month of February. However, the Notting Hill Carnival of London is slightly different, as it happens in the month of August instead. While other popular carnivals are focused on getting out with one’s excesses before the Lenten period, the Notting Hill celebration is more about the Caribbean culture which has been an integral part of the district for a very long time. Let’s acquaint you with some of the top facts related to this carnival.

The Notting Hill Carnival, which is counted amongst the five best carnivals of the world and attracts close to 1 million visitors over a period of two days each year. There are 40,000 volunteers who assist the event, besides 9000 police personnel who work tirelessly every year to provide adequate security to everyone, ensuring that no one gets overly rowdy.

Quite naturally, considering the number of people involved, it’s not difficult to believe that Notting Hill Carnival is, in fact, the biggest street festival in Europe. Actually, the enormity of this carnival is such that the only other Carnival that has the number of attendees is Brazil’s Rio de Janeiro Carnival. What’s even more impressive is that, of the 1 million people that take part, only 20% of them are tourists, thereby making it the biggest festival for the Londoners.

Not a music band

Masquerade or Mas bands who are an integral part of the Notting Hill Carnival, particularly Parade, are individuals wearing colorful costumes, dancing throughout the Parade. Their costumes are created based on the West African myths, and are supposed to be scarier instead of sexy! You will see several Mas bands in action during the carnival, having a different set of requirements for joining the festival. Anyone interested in becoming a part of Mas bands can go through their details on the Notting Hill Carnival’s website, and get in touch with them directly to get involved. Please note, each one of these Mas bands can comprise of participants ranging from 100 to 300.

The Notting Hill Carnival has five different aspects – Calypso, masquerade, soca, steel pan drums, and sound systems. Hence, it is easy to understand how Caribbean music plays a big part in this festival. You get to witness around 40 static sound systems spread over the festival area, apart from 70 performance stages and 10 steelpan bands.

Mas bands are well-known for their colorful clothes, and the amount of effort that goes into their creation. Although these bands hire designers and costumes from everywhere, the feel is mostly Caribbean, Trinidad in specific, when it comes to styles. It’s the Mas camps who create these costumes and spend the complete year prepping for the carnival. There are close to 15,000 costumes used each year, which require around 1 million man-hours for their crafting by hand.

Storm payouts average out at £32,000 per household

Sir James Dyson to sell Singapore penthouse at a loss