MEXICO CITY – What would a major, metropolitan city look without women?

Tens of thousands of Mexican women put that to the test Monday when they stayed home to protest their fury over the levels of violence against them from daily aggressions to murder.

The strike was a historic show of force by women tired of what they say is a machismo culture that has for decades turned a blind eye to the violence they suffer simply for being a woman.

It rested on a simple idea: women could show their power by doing nothing.

“I have been in the fight for women’s rights for 30 years and I have never seen a strike like this. This country shut down,” said María de la Luz Estrada, coordinator of the National Citizen’s Observatory of Femicide. “It showed that our role isn’t only to reproduce and serve others. I hope it opens an opportunity to reflect on how we as a country have failed women and closes the huge gap of inequality.”

Across class and social lines, girls and women heeded to the call to make their presence scarce; public transportation was half-full. There was little traffic on the normally jam-packed streets. Some schools were closed. Many stores, from restaurants to nail salons, opened for limited hours or not at all. In high-rise office buildings, desks sat empty as female employees across the corporate ladder stayed home.

Some women could be seen shopping and working, but the lack of women was unmistakable.

“It feels weird. I left my house and there were hardly any women out. The streets feel vacant.”

“It feels weird. I left my house and there were hardly any women out. The streets feel vacant,” said Leonardo Torres Arias, a host at the restaurant La Parroquia in Mexico’s historic corridor.

The restaurant gave its female staff a paid day off (minus tips) on Monday as a show of support, and the male staff covered for the day. But there weren’t enough men to work the morning and evening shift, so the restaurant opened late.

And that was part of the point. Business groups estimated that the strike could cost the faltering Mexican economy between $300 million to more than $1 billion. The strike came the day after thousands of women took to the streets on Sunday to raise awareness about the threats they face and the tepid response from authorities.

Femicides in Mexico — killings classified as gender-motivated murders — have increased 137% in the last five years, according to government statistics. That coincides with rising violence in the country; the overall murder rate in Mexico reached a record high in 2019.

In back-to-back protests, Mexican women expressed their fury over the violence against them, from daily aggressions to murder. 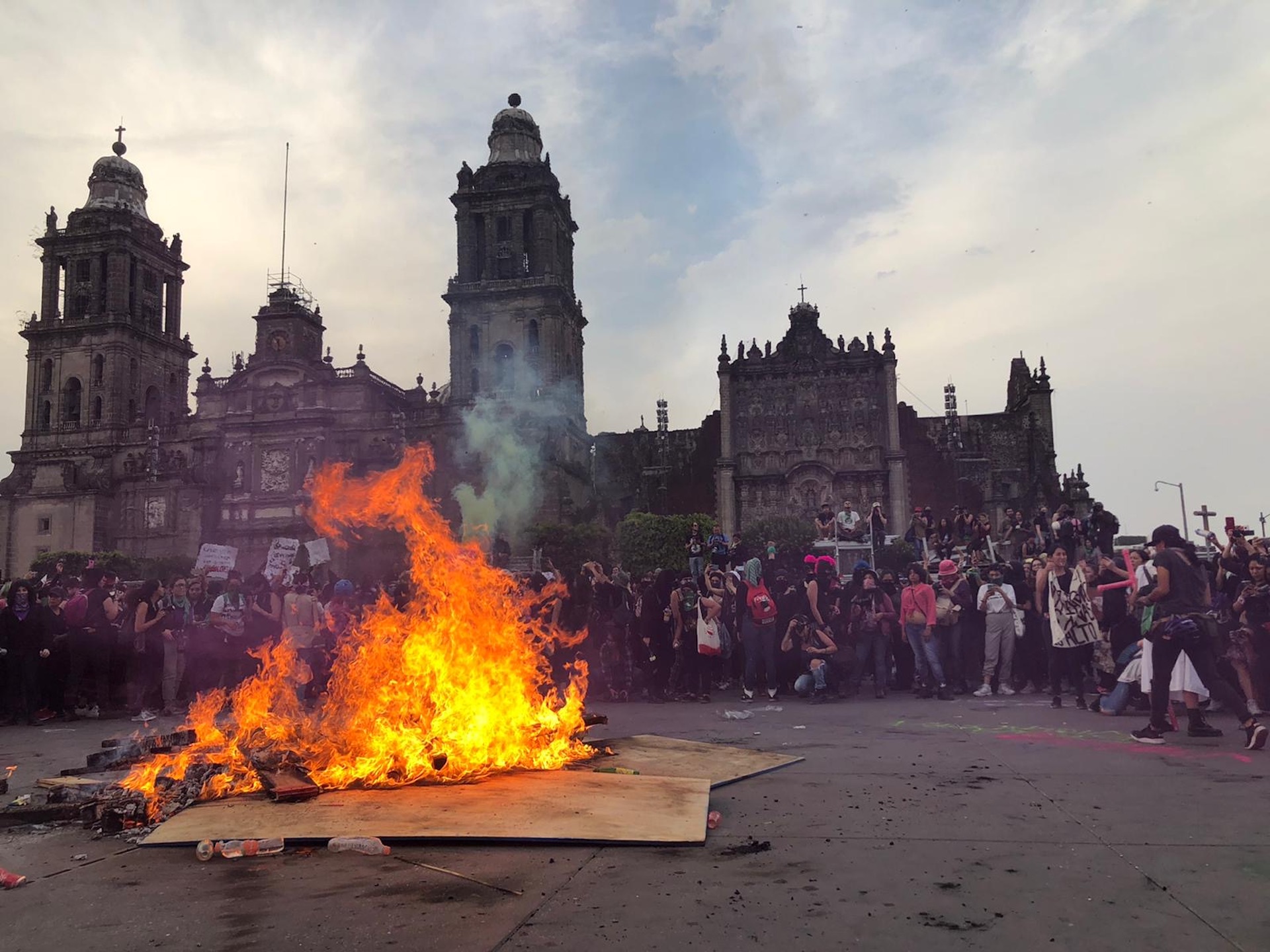 Officials estimated 80,000 people attended the march on Sunday. Men were relegated to the back of the march — the idea being that it was a safe space for women — and those who tried to interfere were greeted with yells of “get out.”

The strike Monday was a show of force intended in part to make a point by showing women’s economic power. Anecdotally, it seemed to work.

At a mom-and-pop sports store that sells bathing suits and athletic gear, business was down 80%, said Lourdes González, who oversees the shop. By 4 p.m., not a single woman had stepped foot into the shop.

Like many women, González said she wanted to participate in the strike, but couldn’t afford to lose a day’s wage. She hopes to join the next protest march for the first time. “United, we are more powerful.”

But some men downplayed the strike as “girls being girls.” One male police officer compared it to Mother’s Day, a popular holiday in Mexico that many women take off from work.

Multiple people, men and women, said they were indifferent to the strike, but complained that the female protestors had tagged buildings and broken windows during the march on Sunday.

“Damaging historical monuments, damaging the homeland, the nation — it’s not going to resolve anything,” said Alejandro Benitez, a psychologist in Mexico City. He suggested that women create a union instead and talk to the Mexico City mayor — a woman about their demands. 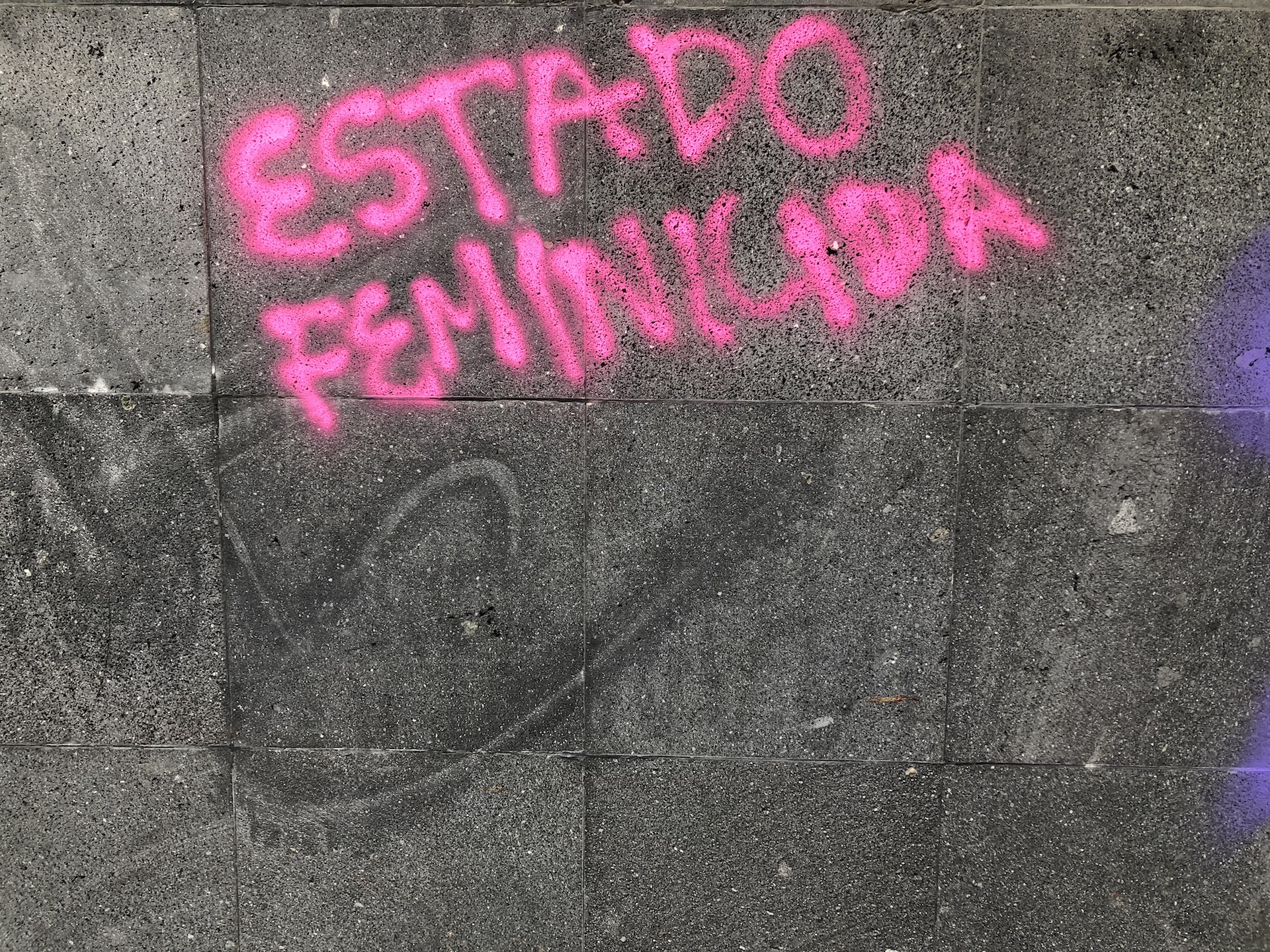 During the march, protestors tagged buildings and sidewalks to express their anger over rising violence against women. “Femicide state” read one tag. (Photo: Emily Green/VICE News)

President Andrés Manuel López Obrador, meanwhile, has frequently said women are “more honest” than men and made a point of appointing women to half his cabinet posts. But, to the dismay of many who supported him, the leftist president has glossed over the specific dangers women face.

On Sunday, international women’s day, he said, “I am in favor of women’s causes, but I don’t want the separation of men and women. This is the fight of women and men.”

The numbers underscore a nuanced dynamic. Nearly 90% of murder victims in Mexico are men.

But women comprise around 85% of those killed as a result of sexual violence, and they are far more likely than men to be asphyxiated and killed at home, according to government statistics.

“This points to the fact that violence generally is determined by gender. And the way violence manifests toward women is very particular,” said Estefania Vela, executive director of Intersecta, a Mexico-City based group that promotes gender equality.

Activists say a big improvement would be for authorities to simply take seriously reports of threats and abuse.

“What we want is that when we go to the authorities for help, we don’t have to wait 18 hours to file a complaint, only to be revictimized,” said Pamela Zambrano, a lawyer and member of a feminist collective that helped promote the strike. “We want the authorities to give us a medical exam and psychological help.”

The horrific murders of a 25-year-old woman and seven-year-old girl earlier this year fueled simmering outrage. In both cases, the police were blamed for failing to act.

In February, Ingrid Escamilla was killed and skinned, allegedly by her domestic partner. Local media reported that she had filed a complaint with the police against him several months earlier.

Days later, a seven-year-old girl known as Fátima, was found wrapped in a plastic bag after going missing from school. She had been beaten and sexually abused, police said. Fátima’s mom went to the police the day after her disappearance, but it took them 24 hours to begin an investigation, according to family members.

“Our government urgently needs to take action. We hope the strike opens their eyes,” said Marisela Villapando, who drives Uber part-time. She said she knows four women who were murdered or disappeared in the last year alone.

Cover: Women take part in a march to commemorate the International Women’s Day, in Ciudad Juarez, Chihuahua, on March 8, 2020. (Photo by David Peinado/NurPhoto via Getty Images) 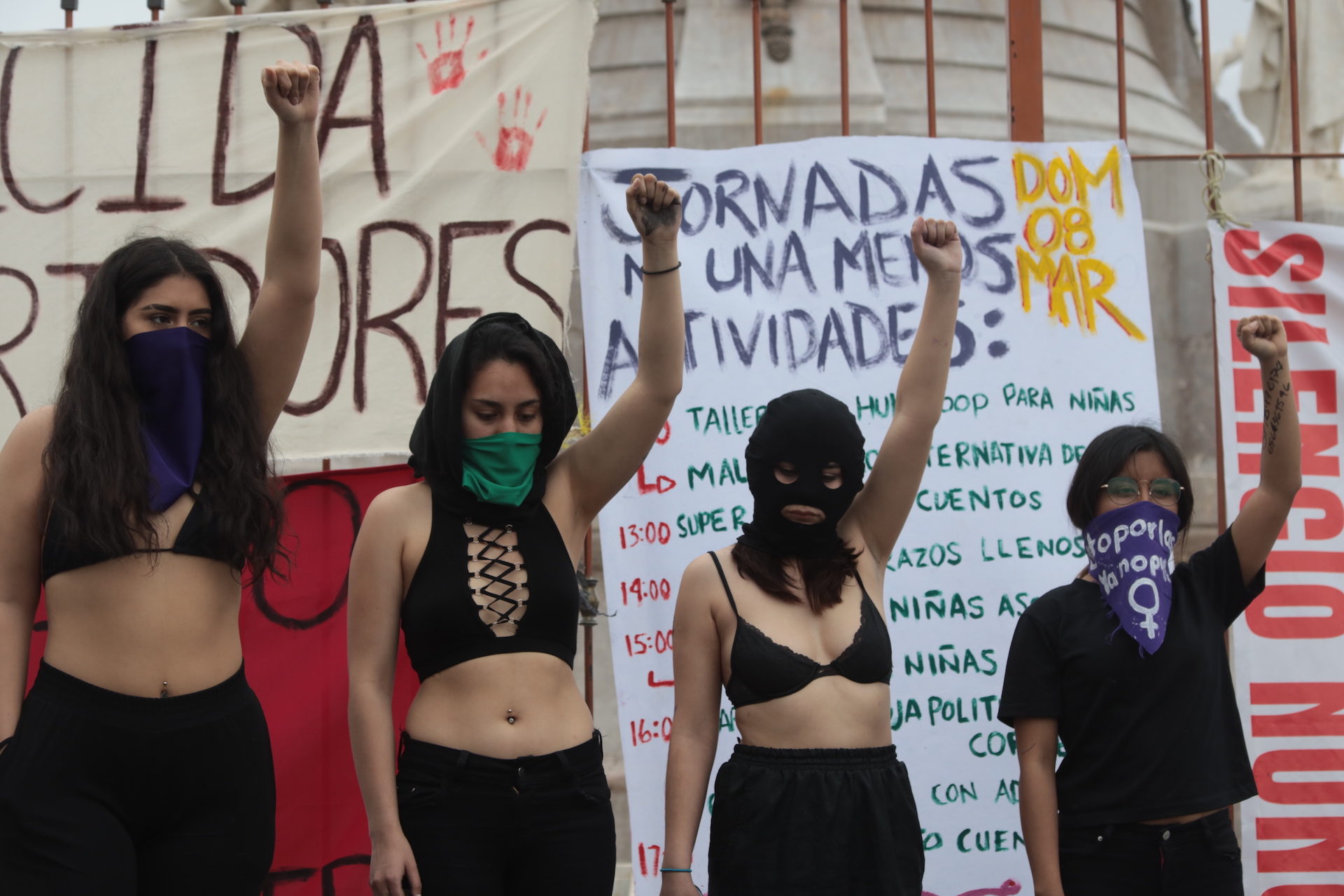