Vladimir Putin has moved one step closer to membership in a rarefied club that includes authoritarian strongmen, dictators, and despots: the “Presidents for Life” club.

On Tuesday, Putin backed proposals from Russian lawmakers that would clear the way for him to remain in power until 2036.

During a session of Russia’s lower house, the Duma, Valentina Tereshkova, a lawmaker and the first woman in space, made a last-minute amendment to a constitutional reform bill, proposing that Putin’s presidential terms should be reset to zero.

She argued that Russia needed stability and that Putin was someone “people trust in complex situations” and are “used to depending on.”

“A strong presidential vertical for Russia is a must. We need it for stability, Russia lacks conditions necessary for parliament-led democracy,” Putin told the lawmakers.

The current constitution allows presidents to remain in power for two consecutive six-year terms and Putin is currently two years into his fourth term, having moved to the position of prime minister between his second and third terms in office.

The strongman said he didn’t agree with doing away with these term limits, pointing out that the country did not want a return to the Soviet-era when no elections were held. “Russia has had enough revolution in its history,” he added.

But, he agreed with the proposal to reset his term to zero — pending the approval of the Constitutional Court — meaning that he would be free to run again when his current term ends in 2024.

Putin didn’t explicitly say he was going to run for office again in 2024. “Despite everything, we have done a lot to strengthen our country,” he said before leaving the podium. “I am sure that together, we will do a lot more that is good. Until 2024 at least. And then — we’ll see.”

READ: Here’s what we know about Russia’s ‘new playbook’ for election meddling in 2020

Russia’s ruling United Russia party said it would back the constitutional amendment.

During his address, Putin was eager to point out that the final decision on whether or not to change the constitution would come down to the people.

A public vote on the changes to the constitution will be held on April 22, the first referendum since the country passed Russia’s current constitution in 1993. The vote is widely seen as a rubber stamp exercise.

If the vote passes and Putin’s years in office are wiped from the record, then he could theoretically stay in power for another two terms, until 2036, when he will be 84.

Speculation about Putin’s future beyond 2024 was ramped up in recent months after Putin caused a political storm by proposing major constitutional changes designed to reduce the power of the presidency after he departed.

As recently as last Friday, Putin said he would not bend the law to cling onto power after his final term as president ended.

Putin has already been in power in Russia — either as prime minister or president — continuously for over 20 years, making him Russia’s longest-serving leader since Soviet dictator Josef Stalin.

By forcing a reset of the constitution, he is following in the path of fellow authoritarian leader Xi Jinping, who in 2017 was effectively handed the Chinese presidency for life.

Cover: Russian President Vladimir Putin speaks during a session prior to voting for constitutional amendments at the State Duma, the Lower House of the Russian Parliament in Moscow, Russia, Tuesday, March 10, 2020. (Alexei Nikolsky, Sputnik, Kremlin Pool Photo via AP) 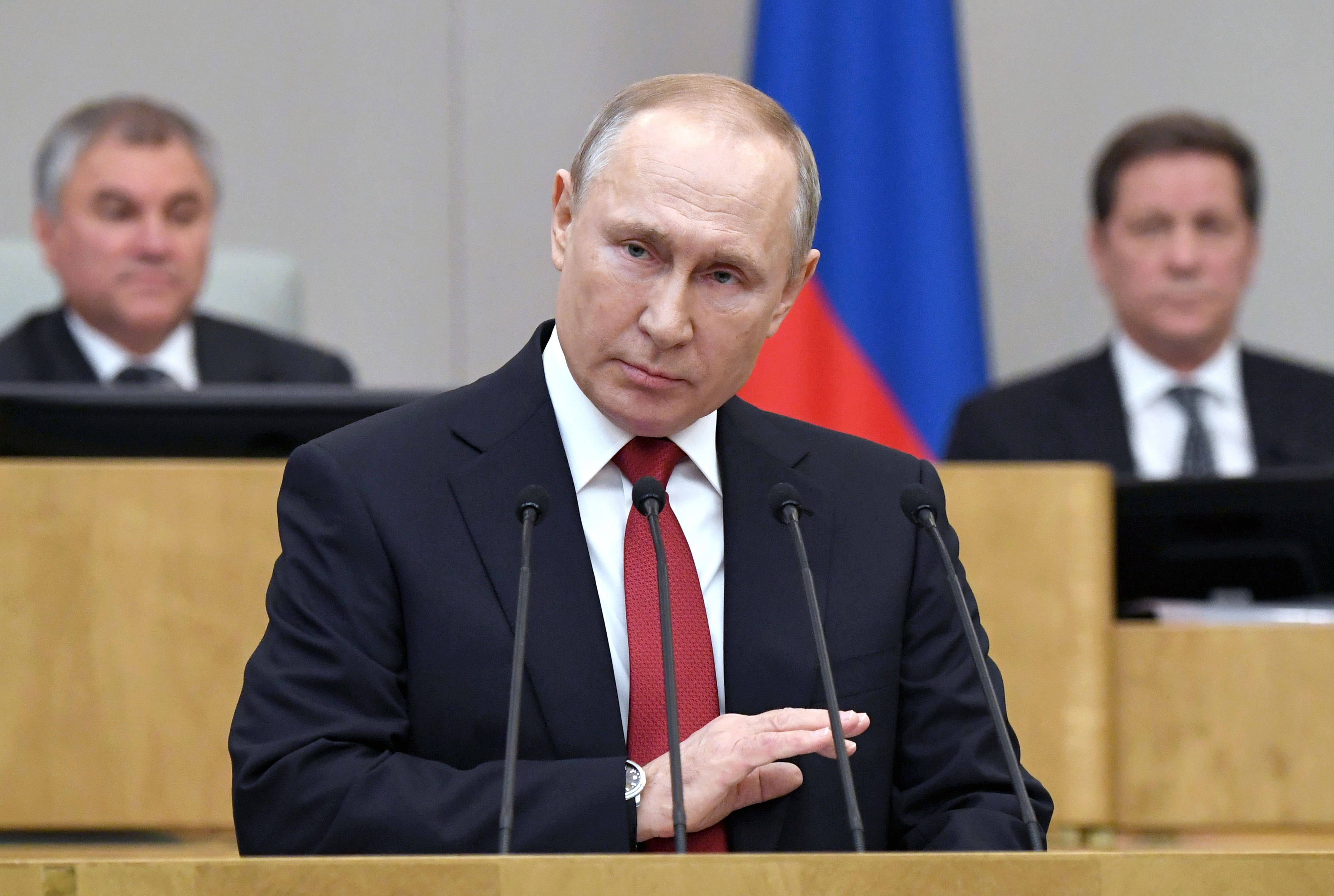 How to Easily Find Door Handles That You Want