MATAMOROS, Mexico — More than 1,700 people live nearly on top of one another steps from the U.S.-Mexico border, squeezed into tents crammed together like Tetris blocks. Many of the mostly Central American migrants have been living here for months, terrified of venturing outside in this city the Gulf Cartel calls home.

On Wednesday, the U.S. Supreme Court is expected to weigh in on the legality of the policy that has sent them and 58,000 other asylum-seekers to “Remain in Mexico” while waiting for their immigration hearings. An appeals court ruled in February that the Trump administration policy, officially called Migrant Protection Protocols, violates the law and warned that it’s causing “extreme and irreversible harm.” If the Supreme Court doesn’t rule, Remain in Mexico will be struck down in the states subject to that court: California and Arizona.

But as the legal battle plays out, the asylum-seekers living through the consequences of the policy are in a paralyzing state of limbo. Save for a sweeping decision by the Supreme Court, most are likely to still live in this Matamoros tent camp when the spring rains hit and turn the ground they’re sleeping on into mud. 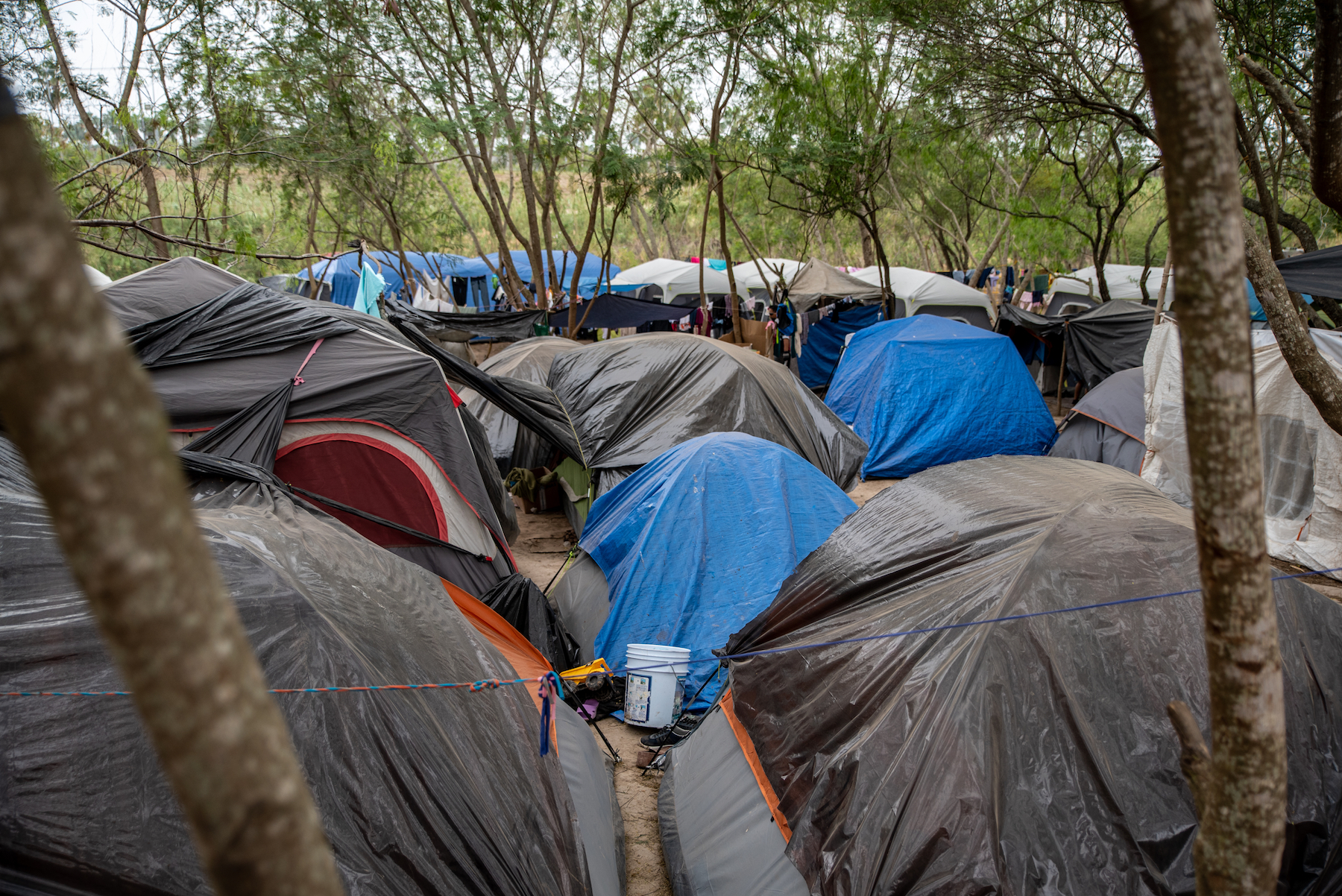 Tents line the area near the Rio Grande at a migrant camp in Matamoros, Mexico on March 3, 2020. Photo: Sergio Flores/VICE News.

The ambiguous legal landscape has compounded the sense of helplessness. And the administration is also staying ahead of the courts, ramping up ever more restrictive policies to keep out migrants. They include sending asylum-seekers to Guatemala to seek protection there and fast-tracking the deportation of Mexican asylum seekers.

“One day they put a law in place, and the next day they take it away,” said Alejandro, an asylum seeker fleeing political persecution who asked to withhold his last name for fear he would be returned to Nicaragua. “We have no idea if the U.S. is going to actually review our cases, or if they’re just going to send us to Guatemala or Honduras. We are just waiting, in a complete state of limbo.” 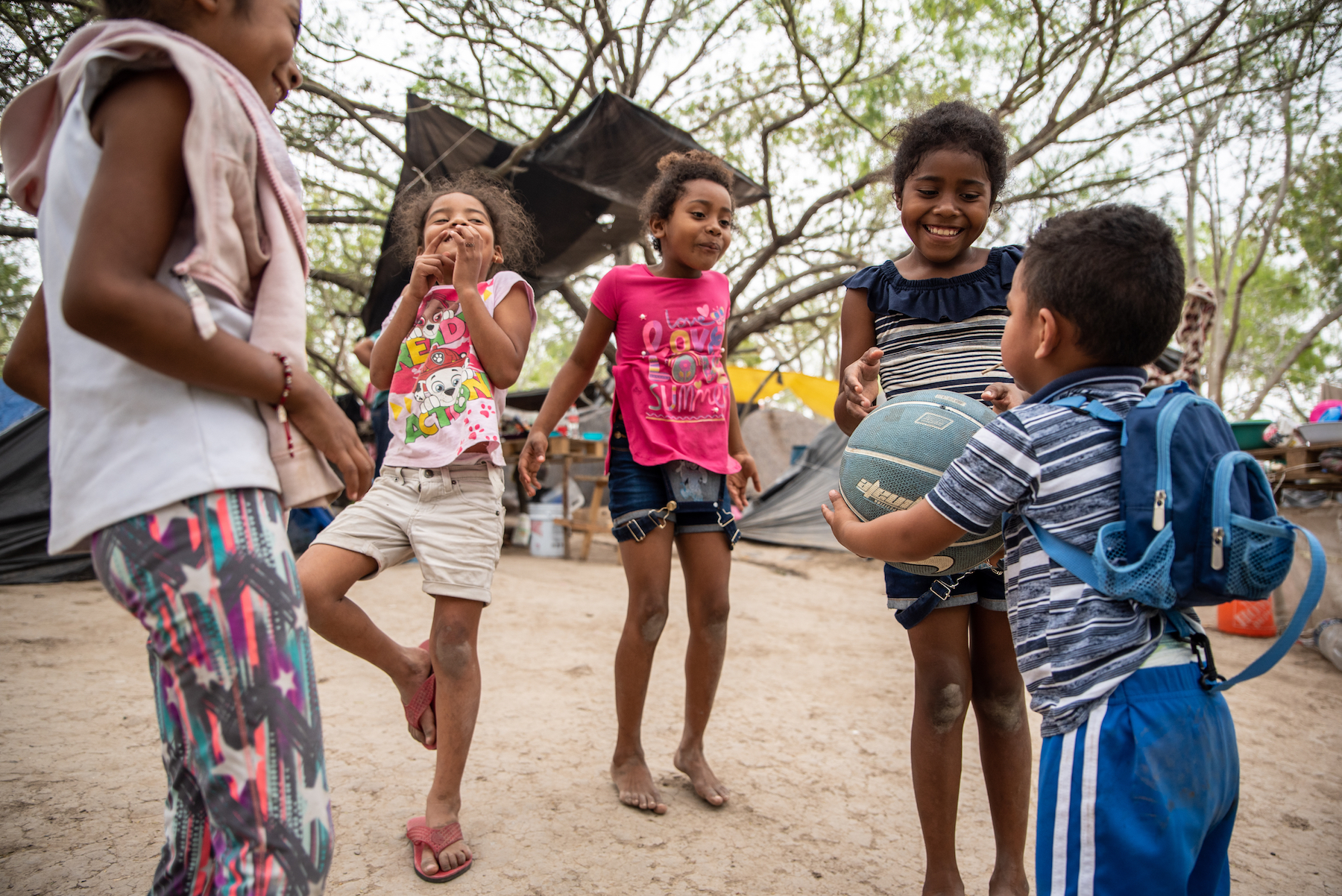 A group of children play “papa caliente,” or hot potato, with a basketball on March 3. Photo: Sergio Flores/VICE News.

Many of them have been living for months in shelters and overcrowded tent camps in cartel-controlled territory, mere feet from the U.S. border. Their informal shelters dot the U.S.-Mexico border, stretching from Tijuana to Matamoros. As the U.S. has turned its attention to the coronavirus and 2020 elections, their ongoing plight is a stark reminder of how President Donald Trump has effectively pushed the immigration crisis to foreign soil, out of sight and mind for the American public.

In Matamoros, the tent camp was supposed to be a short-term fix to address the pile-up of thousands of asylum seekers with nowhere to live. Instead, it’s become a permanent make-shift city with no clear oversight, leader, or authority in control. 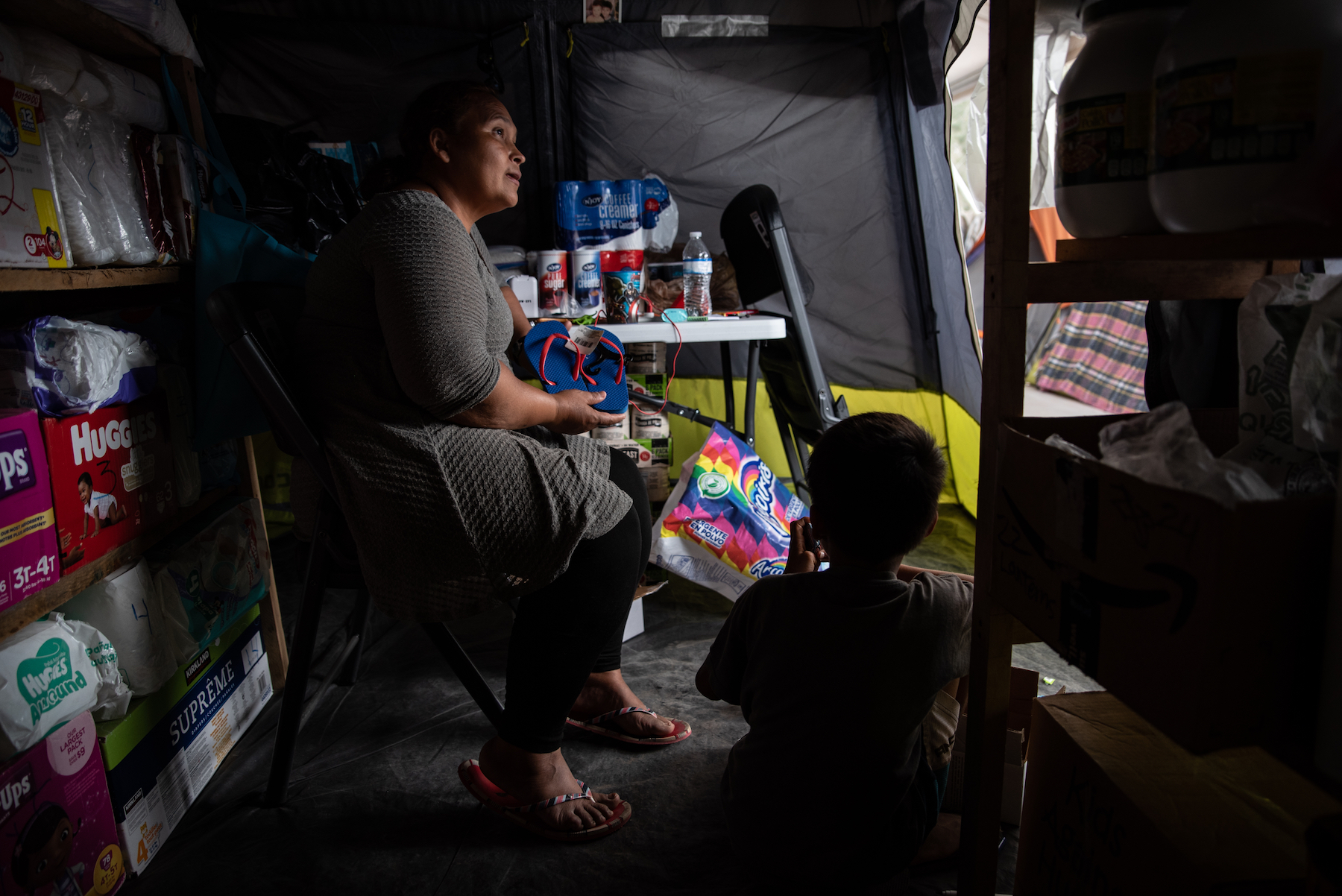 Roxana de Castro sits inside a supply tent while listening to a request from a fellow migrant. Photo: Sergio Flores/VICE News.

The United Nations refugee agency says Mexico’s National Institute of Migration oversees the camp, noting that it installed portable toilets and metal tarps. But the Migration Institute denies it holds the role. Asked who is in charge, the agency’s spokesman told VICE News, “the migrants themselves.”

The encampment is also not considered a refugee camp, as those are managed under strict guidelines for sanitary conditions and security. Instead, the camp has an ad-hoc structure with self-appointed leaders. No one knows exactly how many people are living here. 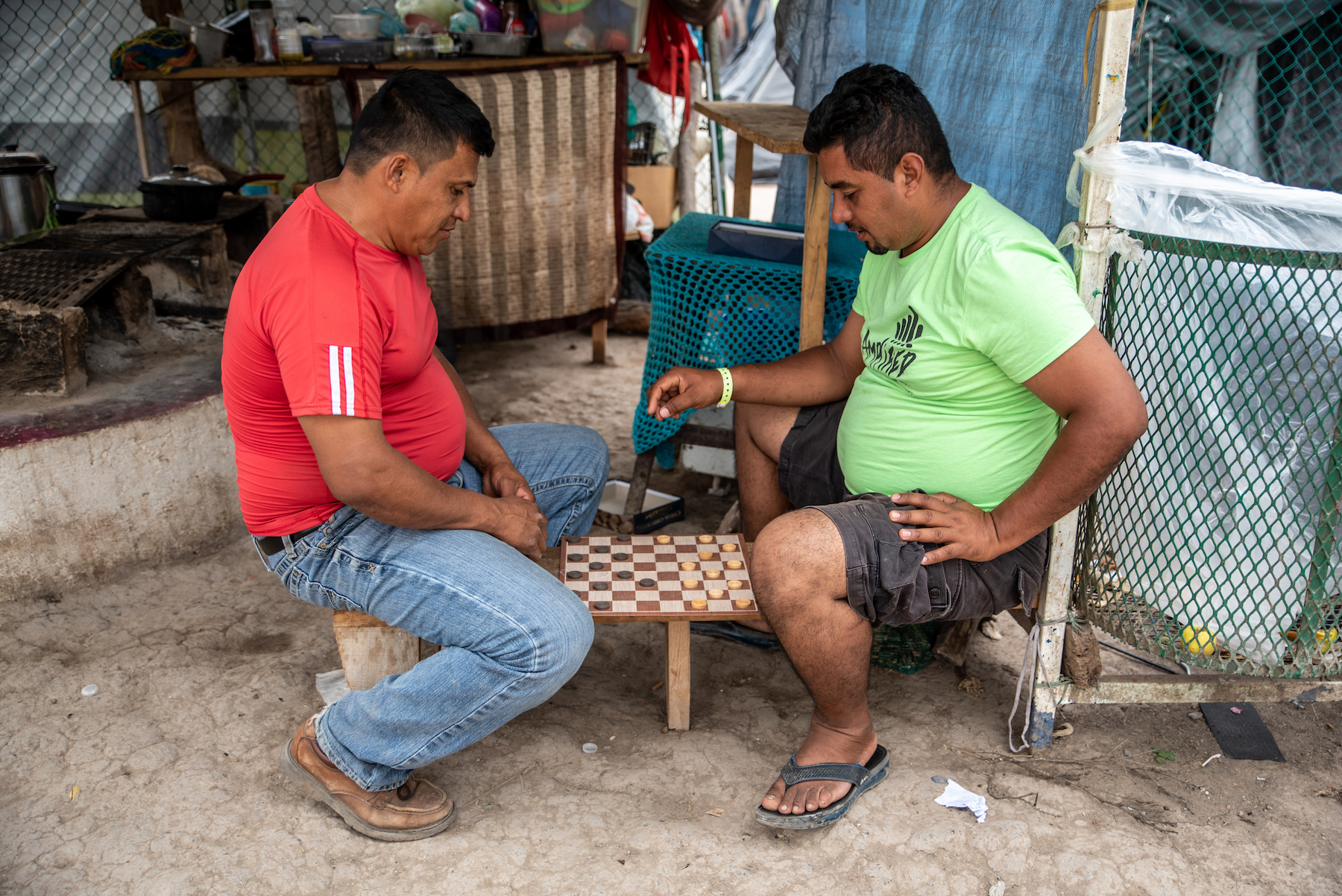 “We have serious concerns about security at the settlement and welcome the efforts of the Mexican authorities to address these,” said Sibylla Brodzinsky, spokesperson for the United Nations Refugee Agency in Central America and Mexico.

At least 50 parents have sent their children across the border on their own, knowing that was the only way their children would be allowed into the U.S. But the decision has been gut-wrenching.

“Seeing my kids walk across the bridge by themselves, I felt like my heart was being taken out of my body,” said Luz Torres, who sent her 11-year-old-daughter and nine-year-old son into the U.S. alone at the beginning of February. Torres’ daughter is mentally and physically disabled, and Torres said she was terrified for her safety. 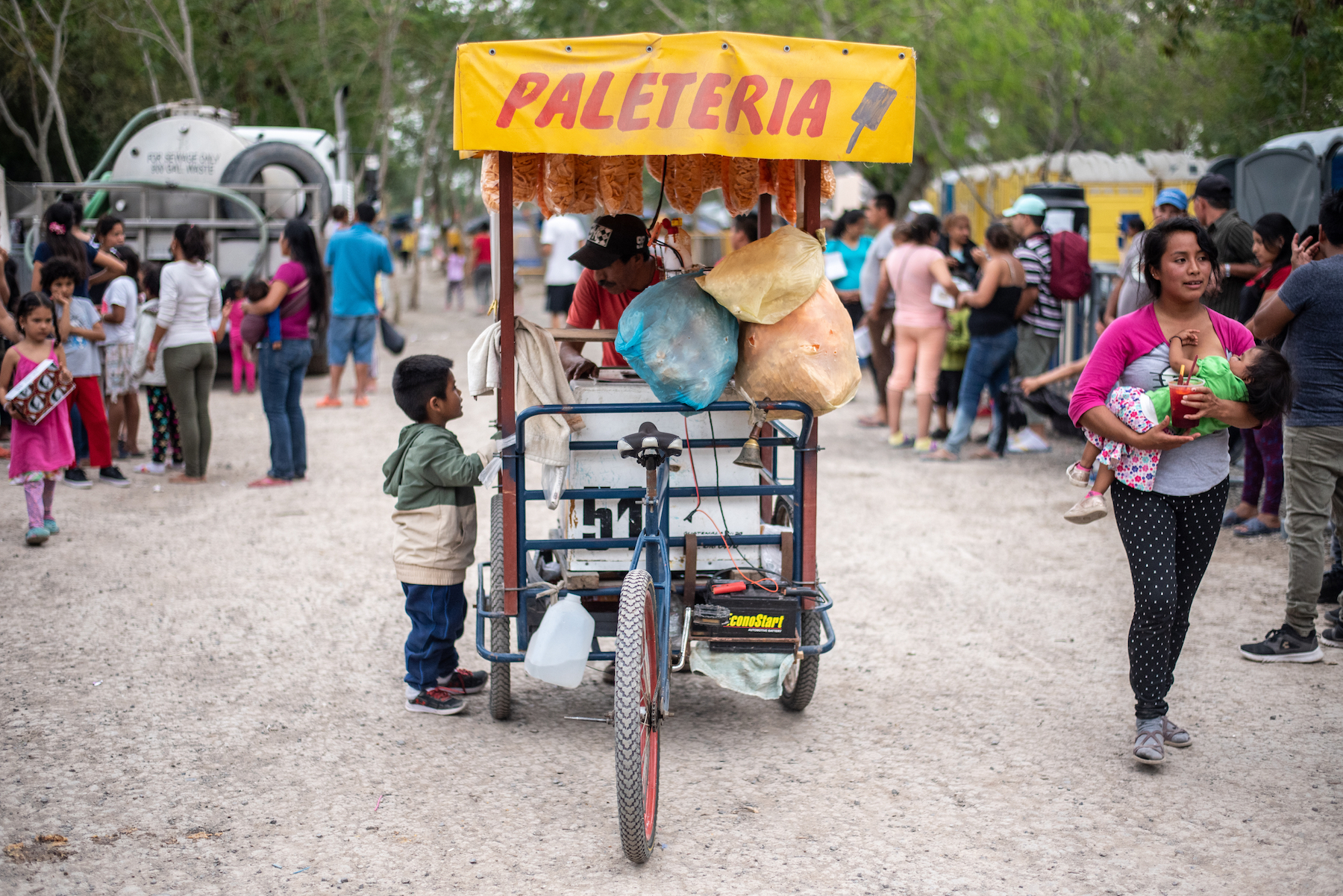 “What choice did I have? I couldn’t keep them here, sleeping in a tent on the ground. I can handle it but not them,” Torres said between sobs.

No one knows how long the camp will last. As time has passed, aid groups from Unicef to small nonprofits have stepped in to provide food, medical services, and some classes. 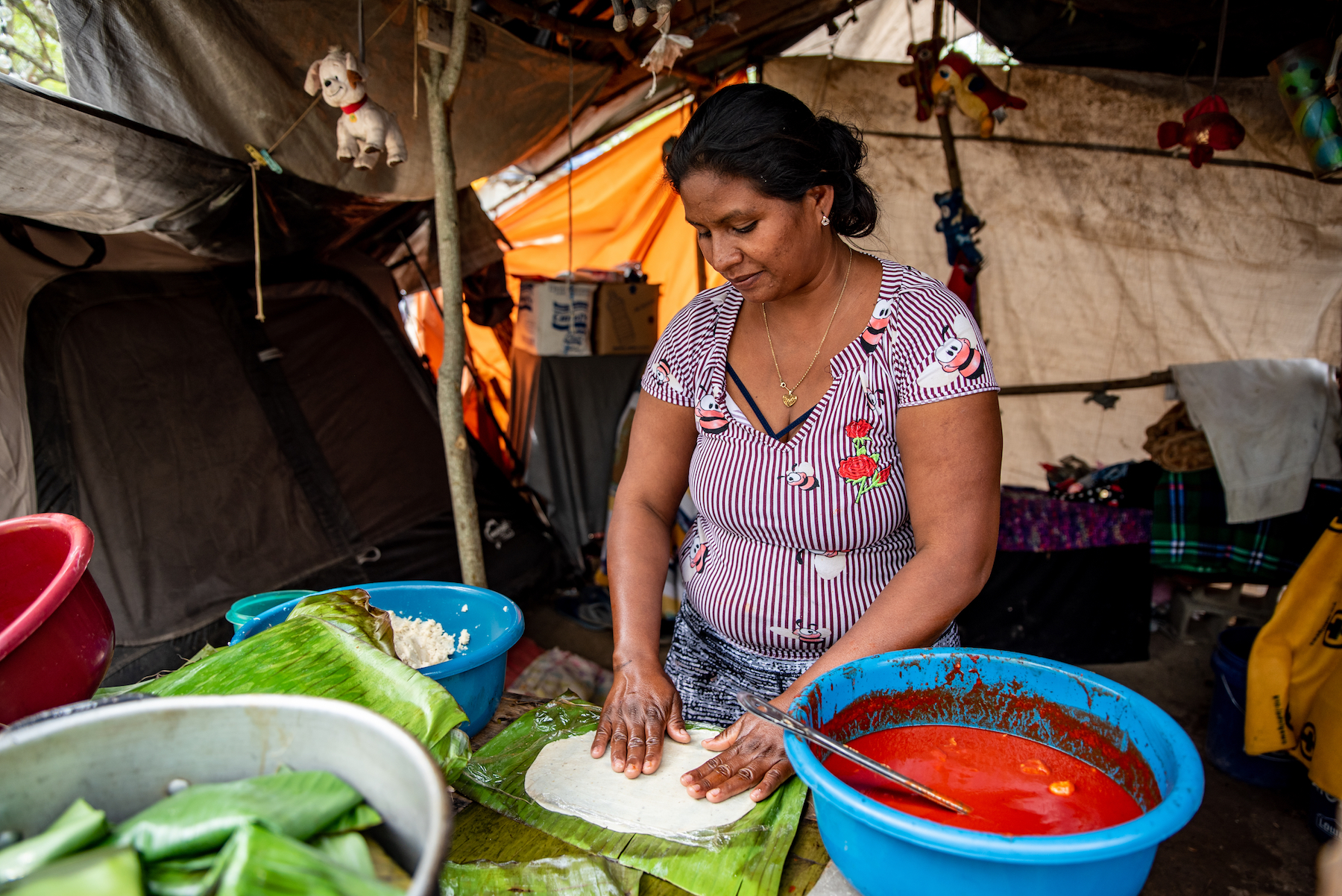 Erika Tamarillo prepares tamales inside a tent at the camp on March 4. Erika lived in North Carolina for nearly 20 but returned to Mexico to try to help her family immigrate. Photo: Sergio Flores/VICE News.

The number of Central American asylum seekers has declined in recent months, but that’s been offset by a growing number of Mexicans fleeing violence in the state of Guerrero. While Mexicans are not subject to Migrant Protection Protocols, they are waiting on average around two months to cross into the U.S. and make an asylum claim in a process known as “metering.”

The fear of a public health emergency is never far. Even as international health leaders are urging people to wash their hands frequently and not touch their faces because of the coronavirus, the camp is overflowing with people but short of sanitation facilities.

The roughly 1,700 asylum seekers — including 400 kids — share 90 portable toilets. Families sleep 10 people in a tent. Respiratory illness is more common than not. 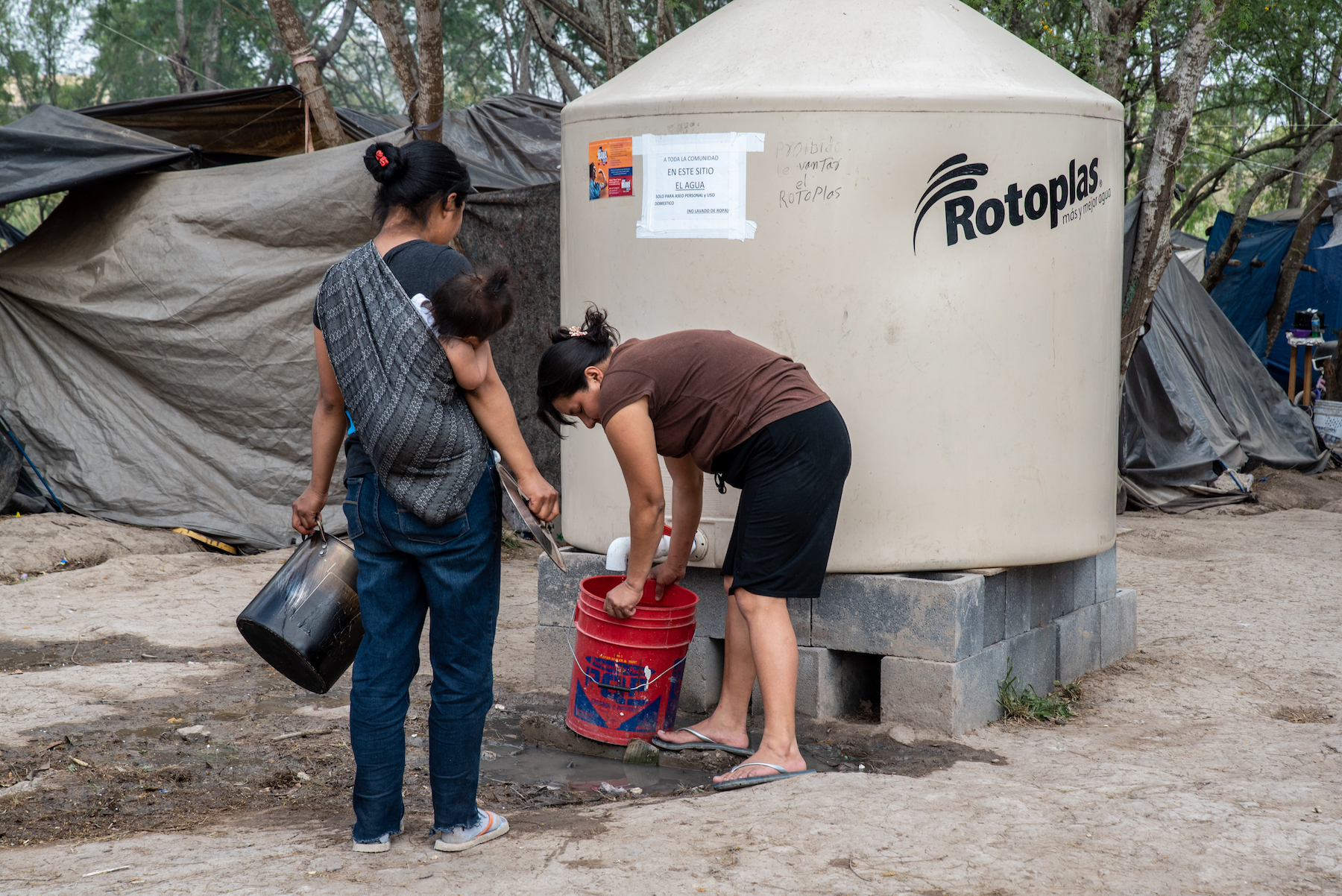 Women pour clean water into a bucket at the camp on March 2. Photo: Sergio Flores/VICE News.

“This is racism and xenophobia in its maximum expression,” said Alonso Villegas, looking at the tent camp. He fled political persecution in Venezuela, and has been waiting in Matamoros since September with his three-year-old son for a judge to decide their case.

Villegas is better off than most of the migrants here. He found a job working as a mechanic and rents a small apartment, so his son has a bed to sleep on while they wait for a resolution in their case. Still, when he heard about the appeals court decision striking down Migrant Protection Protocols, he ran to the port of entry hoping to enter the U.S.

But by the evening, the court had said its decision wouldn’t take effect until the Supreme Court could weigh in. Villegas was despondent.

“I would rather die in Venezuela than here,” Villegas said. “At least there I have my family.” 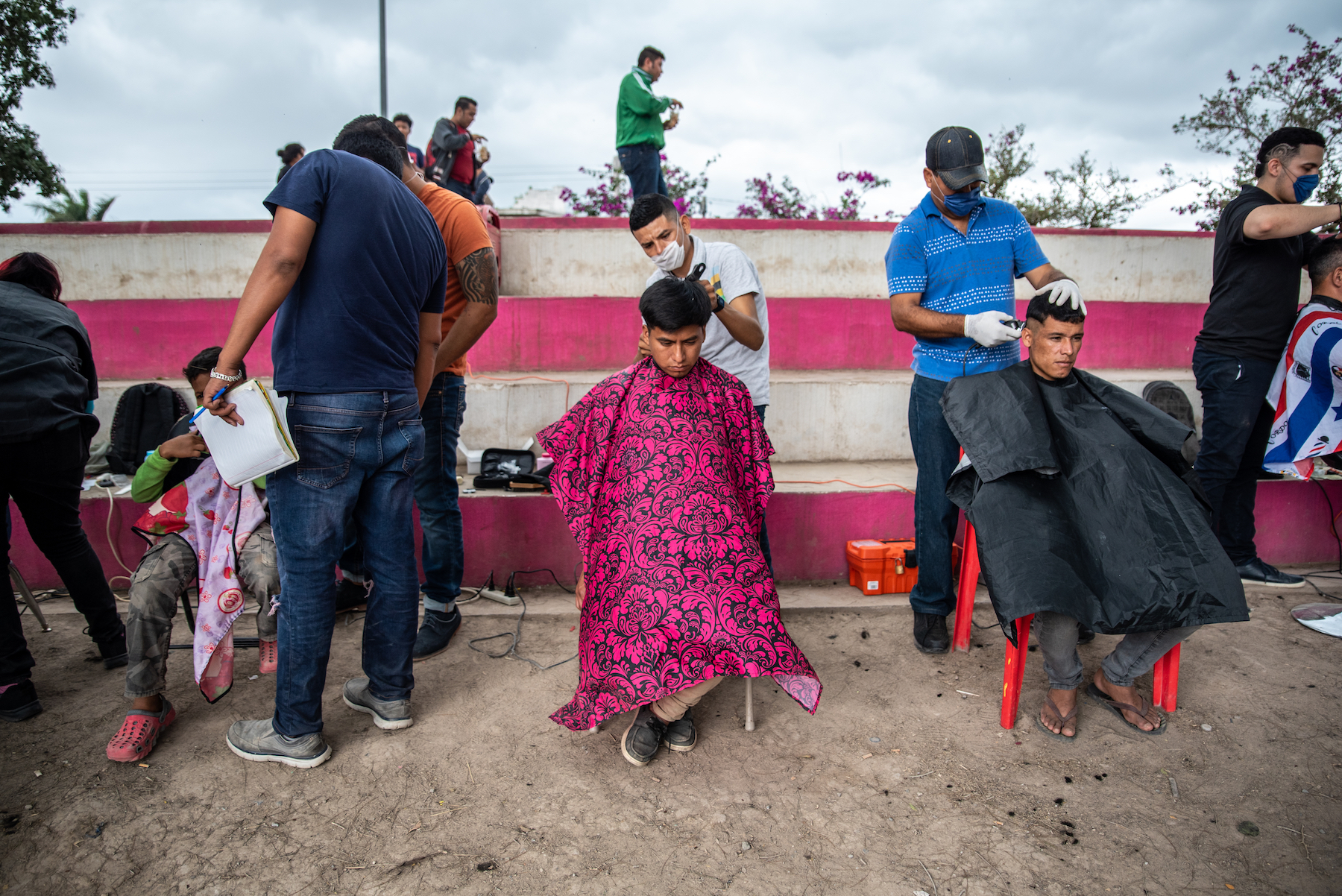 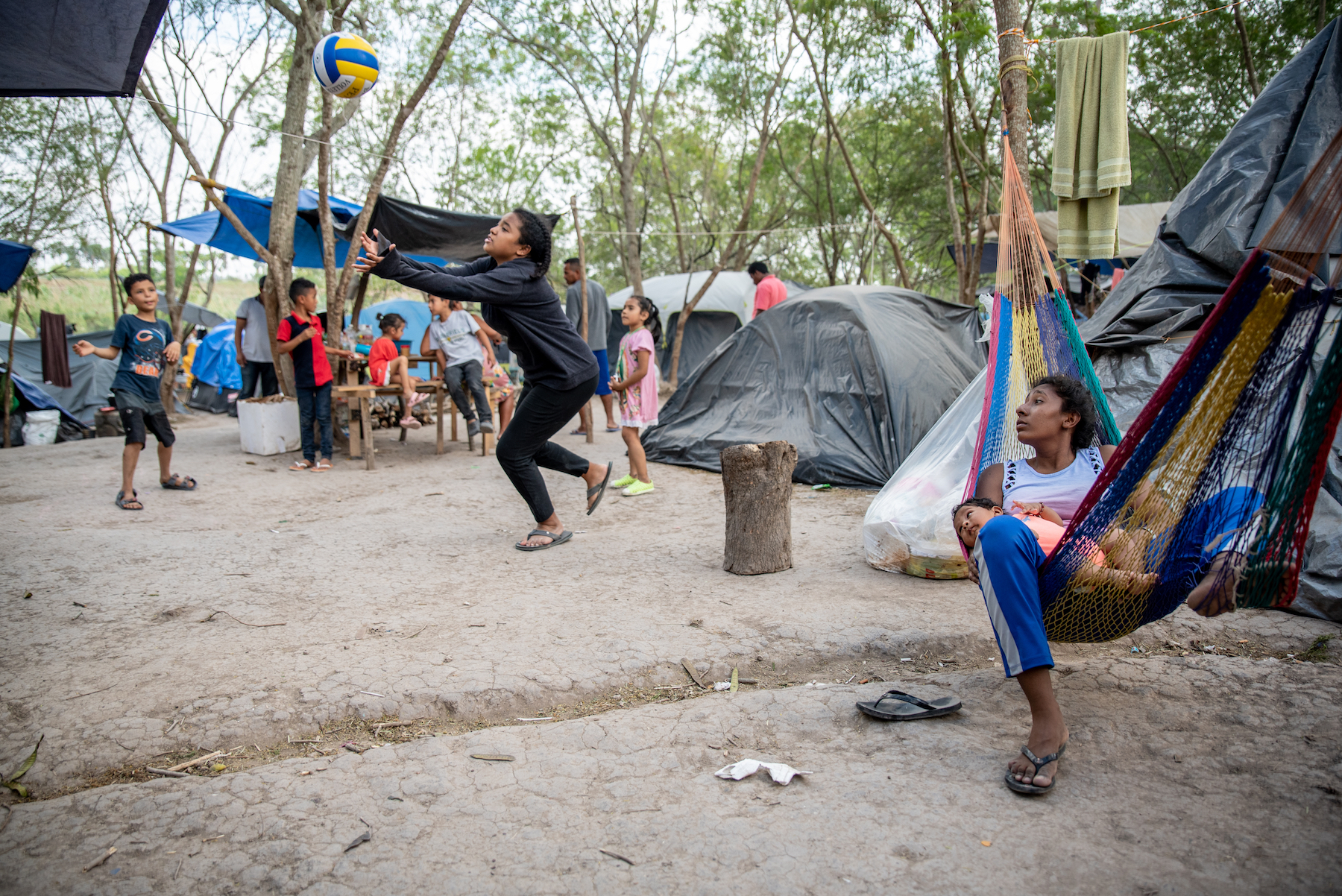 Crossrail could be delayed until autumn 2021

States Are Gearing Up to Attack Trans Kids’ Rights in 2021