“He has consistently advanced his own sordid desires and fixations at the expense of others,” the letter read. “He has destroyed people’s lives and livelihoods or threatened to do so on a whim. He has exhibited an attitude of superiority and complete lack of compassion for his fellow man.”

The letter went on to list numerous accusations against Weinstein that weren’t brought up at his trial, including allegations of sexual assault that date back to 1978, when an employee of Weinstein’s music company shared a hotel room with him and allegedly woke up to find “forcing himself sexually on her.” Weinstein also threw staplers at employees, verbally abused female assistants, bragged about being able to have people killed, and at one point told a board member that he would “send someone to his office to cut off his genitals with gardening shears,” according to the letter.

On Tuesday, however, Weinstein’s defense team asked Burke to sentence Weinstein to just five years in prison, the lightest possible sentence. “His life story, his accomplishments, and struggles are simply remarkable and should not be disregarded in total because of the jury’s verdict,” Weinstein’s lawyers wrote, according to the Guardian.

Weinstein’s sentencing arrives more than two years after the New York Times and the New Yorker first reported in October 2017 that the fallen producer had spent years concealing sexual misconduct, leading the #MeToo movement to sweep across the globe. In the following months, dozens of women came forward to accuse Weinstein of sexual misconduct, while more than 200 prominent people in Hollywood, tech, business, and the rest of the media faced similar allegations.

Court documents unsealed earlier this week revealed that after the publication of the New York Times and New Yorker reports, Weinstein claimed to be suicidal and tried to convince his famous friends — like Amazon head Jeff Bezos and former New York City mayor Michael Bloomberg — to help save his imploding career.

But even Weinstein’s own brother, Bob, denounced him.

“I pray there is a real hell. That’s where u belong,” Bob Weinstein wrote to Harvey in a November 2017 email. “I suppose being you, is its own hell, if u could feel it, but no chance. OJ didn’t kill Nicole Simpson and u had consensual sex with all those poor victimized women.”

In addition to Mann and Haley, four other women testified against him during his trial, including “Sopranos” actress Annabella Sciorra, as part of an effort by prosecutors to illustrate a pattern of abuse.

Sciorra testified that Weinstein raped her at her apartment in the early 1990s, but her allegation was deemed too old to be tried separately. Instead, it was folded into the most serious charges against him, two counts of predatory sexual assault that could have landed him in prison for life. However, the jury of seven men and three women acquitted Weinstein of those charges.

The Los Angeles County district attorney’s office has announced that it plans to proceed with its own charges against Weinstein. Prosecutors there have charged Weinstein with four felony sex crimes, for allegingly raping one woman on Feb. 18, 2013, and sexually assaulting another woman the next day. If Weinstein is convicted as charged in California, he could be sentenced to up to 28 years in state prison. 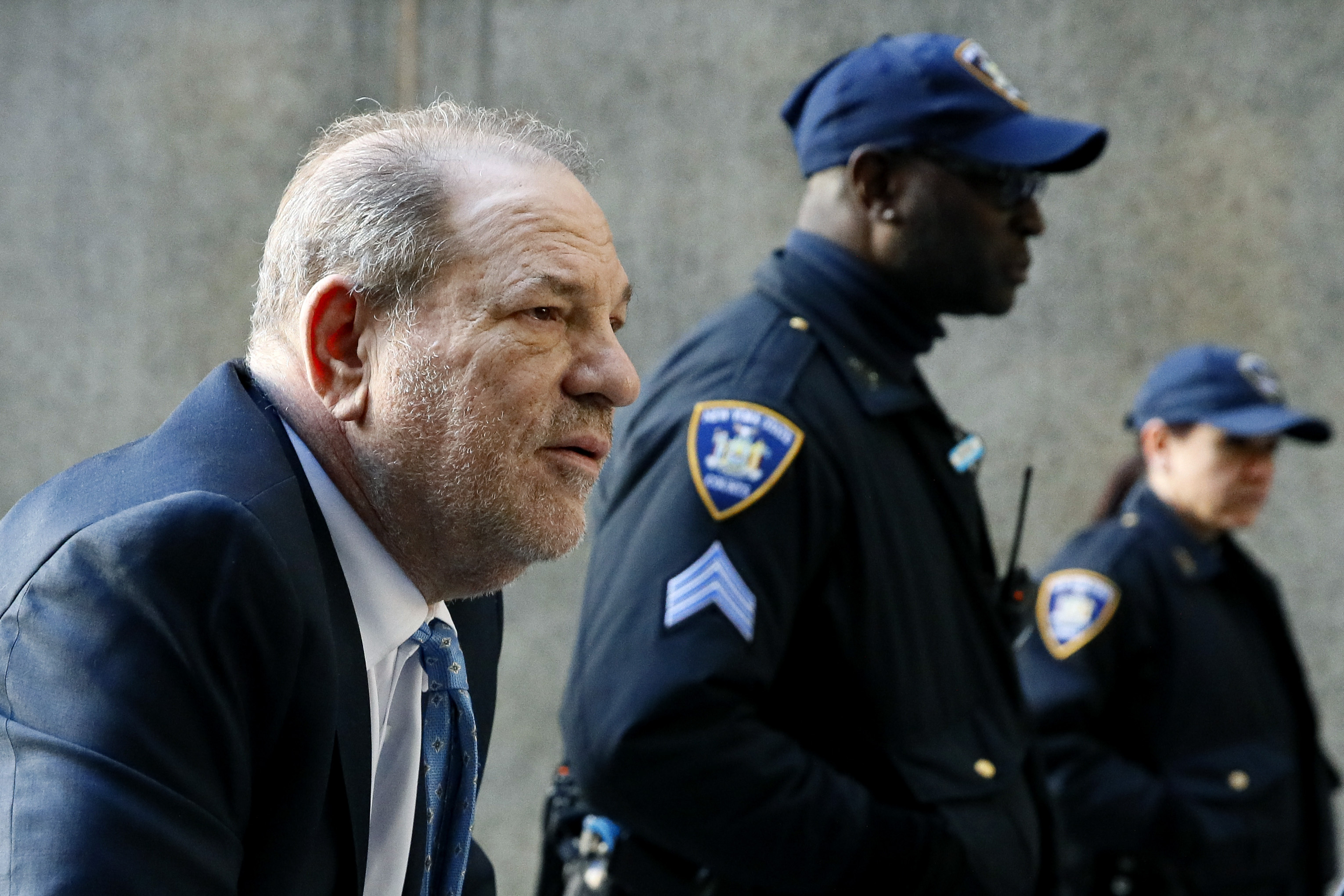 ‘I won’t sleep for over 24 hours on election night’

Billionaires see fortunes rise by 27% during the pandemic

UK economy shrank by 2.6% in November as services suffered