Italy has tightened its coronavirus shutdown even further, closing virtually all shops except for pharmacies and supermarkets Thursday, after its death toll rose at a staggering rate.

As the pandemic spreads, countries around Europe are following Italy’s restrictive approach, closing borders, shutting schools and offices, and banning public gatherings in an attempt to slow the spread of the virus.

Italian Prime Minister Giuseppe Conte announced the new emergency restrictions, which went into force nationwide Thursday, after the death toll surged by 196 to 827 victims — a rise of about one-third and the country’s biggest leap so far. Italy had already imposed unprecedented measures against the outbreak, banning travel and public gatherings, and closing schools, cinemas and museums. But Conte’s government has been under pressure from the opposition to shut down “everything,” amid fears that the soaring numbers of patients will cause the overwhelmed health care system to collapse.

READ: The coronavirus has northern Italian hospitals on the brink of collapse

Under the new restrictions, all shops deemed “non-essential” are ordered closed, leaving only pharmacies, food retailers, and a few others like hardware stores and gas stations, permitted to remain open. Cafés, bars, restaurants and hairdressers — which were already operating under orders to keep customers at least three feet away from each other — have all been ordered to shut.

The new decree also orders companies to shut any departments deemed non-essential. Factories are allowed to continue operating, on the condition that companies adopt stringent safety measures to prevent contagion.

“The whole world is certainly looking at us for the numbers of the contagion, they see a country that is in difficulty, but they also appreciate us because we are showing great strictness and great resistance,” Conte said in a speech broadcast on Facebook.

“Tomorrow not only will they look at us again and admire us, but they will take us as a positive example of a country that, thanks to its sense of community, has managed to win its battle against this pandemic.”

With 12,462 confirmed cases, Italy is the worst affected country outside China, where the pandemic began. But while new infections are tapering off in China, they’re soaring in Italy, from where the virus has spread to other European countries, fuelling fears of a wider outbreak across the Continent.

In response to the rising threat, European countries have begun introducing their own measures to enforce social distancing. On Thursday, Ireland became the latest to do this: Prime Minister Leo Varadkar announced the government was closing schools, universities, nurseries and public offices. It’s also banning indoor gatherings of more than 100 people and outdoor ones of more than 500.

Other countries including Denmark, Poland and Hungary have introduced similar measures, and France and the United Kingdom are expected to announce ramped up response measures Thursday.

READ: Why the U.S. could be worse off than Italy with the coronavirus

The outbreak in Italy has also led neighboring countries to close their borders. Austria and Slovenia will permit entry only to people who can provide negative tests for the virus, and Switzerland partially closed its border by sealing off a number of crossings.

Experts say that intensive social distancing measures proved successful in bringing the epidemic under control in Wuhan, where Chinese authorities say they have “basically curbed” the outbreak.

“The objective of these measures is to control the epidemic and ensure hospitals can cope with the number of patients they have to treat,” said Francois Balloux, professor of computational systems biology at University College London.

But, he said, lockdowns came “at a great cost to individuals, communities and the economy,” and weren’t sustainable for long. 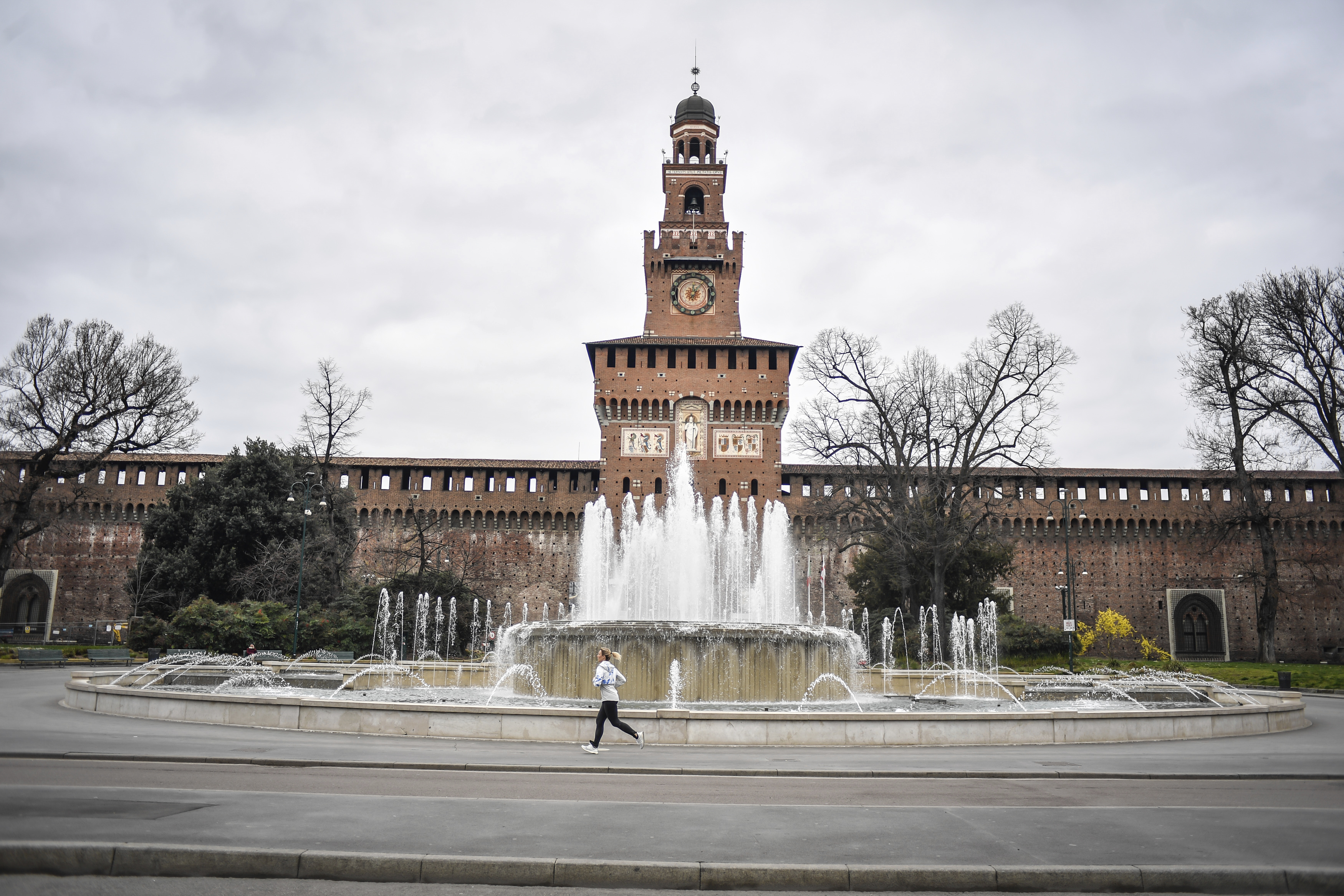 A White Bar Owner Shot and Killed a Young Black Protester. The DA Just Declined to Charge Him.