WASHINGTON — President Trump’s 30-day ban on European visitors is a terrible strategy for fighting the COVID-19 pandemic, health experts said, because it ignores the simple fact that the virus is already spreading through American communities.

“I do not anticipate this will be effective in the least,” Harvard epidemiologist Dr. Michael Mina told VICE News shortly after Trump’s surprise Wednesday night announcement. “Ultimately, this ban demonstrates his continued cognitive dissonance about the reality that coronavirus is along a trajectory of exponential growth in the United States.”

The U.S. officially recorded 938 infections as of Thursday morning, but many experts estimate the real number to be well into the thousands and simply uncounted due to the low level of testing in the United States. The Trump administration’s bungled attempt to deliver a test to regional laboratories, which was later discovered to be malfunctioning, helped delay screening efforts in America and put the Trump team on the defensive over its response.

“It is very likely we have quite a few more thousand, or perhaps in the low tens of thousands of cases and just do not know it yet.”

“It is very likely we have quite a few more thousand, or perhaps in the low tens of thousands of cases and just do not know it yet,” Mina said. “In many ways, the travel bans might be best suited to keep Europe safe from American travelers.”

Trump’s surprise decision did have a big impact, if not the one he said he intended. The order sparked pandemonium at European airports, spooked American travelers and their families, reordered thousands of travelers’ plans, cratered the stock market, dropkicked the troubled airline industry, provoked a sharp negative reaction from the leaders of America’s European allies — and left medical experts shaking their heads.

The move represented a dramatic reversal from Trump’s earlier attempts to downplay the disease, when he dismissed any criticism of his administration’s response as a political “hoax” and suggested the virus might “disappear” in warmer weather.

Now, he’s set the U.S. on a collision course with Europe with little warning, in a brash decision that medical experts said would not address the problem America already has.

“My only comment would be my relief that the president finally recognized the crisis we face, but my distress that the entire response was so completely incoherent and out of tune with Americans’ health and safety needs,” Sara Rosenbaum, chair of the Department of health policy at George Washington University School of Public Health and Health Services, wrote in an email to VICE News.

“At this stage, we have community spread in the U.S., so it’s too late.”

“At this stage, we have community spread in the U.S., so it’s too late,” wrote Donald Milton, a professor of environmental health at the University of Maryland and an expert on Coronavirus. “We don’t know how much infection is already here because of lack of testing.”

Other measures to keep sick people from spreading the virus such as cancelling big public events and creating space between individuals, known as “social distancing,” are what can help make a difference in the U.S., Milton said.

“What matters is the effort at social distancing that is now getting underway here,” Milton said.

In an address from the Oval Office, Trump blamed Europe, without providing evidence, for exporting the “foreign virus” the United States.

“We will be suspending all travel from Europe to the United States for the next 30 days,” Trump said.

The ban applies to most foreign travelers who have visited any of the 26 European Schengen countries within the past 14 days. The Department of Homeland Security specified it doesn’t apply to legal U.S. permanent residents or the immediate family members of U.S. citizens, but said U.S. citizens returning from Europe may be routed through “select airports” for enhanced screening procedures. 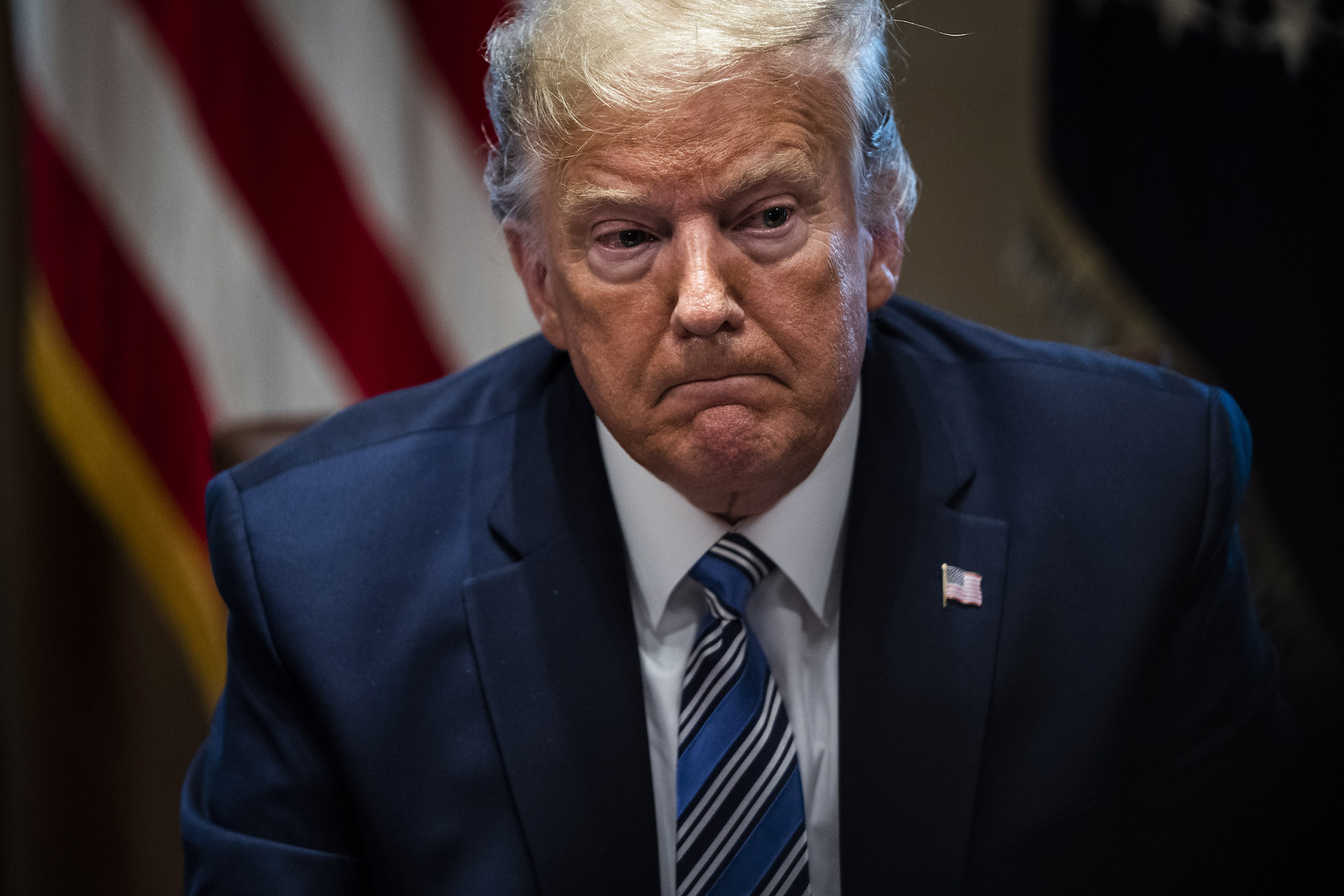 A Lot Happened in the Ahmaud Arbery Case Over the Weekend

Mail-In Ballots Are Already a Mess in New York