Trump suggested the plans are not finalized yet, and he didn’t name any specific cities or states. His administration is considering domestic travel restrictions within the U.S. “specifically from certain areas,” Trump said at a White House press briefing Saturday.

The imposition of domestic travel restrictions would mark a dramatic new escalation of U.S. efforts to fight the outbreak declared a global pandemic by the World Health Organization on Wednesday. The move would follow restrictions Trump placed on travelers from China in January, and from Europe this week.

Shortly after Trump spoke, Vice President Mike Pence said that the U.S. will be extending its European travel ban to include UK and Ireland, effective Monday night.

The announcements follow a decision by the Pentagon to restrict domestic travel for service members and their families through May 11.

The travel restrictions from Europe, and now the U.K. and Ireland, do not apply to U.S. citizens, officials said. But Americans returning from those countries will need to undergo special screening.

“Americans in the UK or Ireland can come home. Legal residents can come home,” Pence said. “They will be funneled through specific airports and processes.”

READ: Here’s what Trump can do in a coronavirus national emergency

Suspending travel from the U.K. and Ireland was a “unanimous” recommendation from Trump’s team of advisers, Pence said.

The new restrictions follow an avalanche of headlines showing how the virus has upended normal American life, including cancellations or postponements of sporting events, the Louisiana presidential primary, Broadway shows, concerts, conferences, classes at universities and schools, and much more.

Trump now seems to be considering seriously hardcore measures to fight the new coronavirus after previously downplaying its seriousness. Other countries with serious outbreaks have already clamped down on citizens’ movement internally to stem the disease, including China and Italy. China’s measures have covered hundreds of millions of people, and have been seen as broadly effective in countering the virus in the country where it originated.

READ: Poll workers are resigning due to coronavirus and states are scrambling to staff primaries

Trump said Saturday that he took a test for COVID-19, the disease that results from the new coronavirus, on Friday night. He said that he doesn’t yet know the results, and didn’t give a timeframe for when they might be disclosed to him or announced to the public.

Trump said his temperature is “totally normal,” and that his decision to take the test resulted from being peppered with questions about whether he’d been tested at a Rose Garden press conference on Friday.

Trump has been in close proximity with three people who have tested positive for COVID-19 within recent weeks and spent time at Trump’s Mar-a-Lago result. But Trump hasn’t self-quarantined, and has scoffed at the idea that he might be at risk, saying his doctor didn’t think he needed to be tested.

READ: All the people who could have exposed Trump to coronavirus

With regard to future domestic travel restrictions, Pence said: “We’re considering a broad range of measures, but no decisions have been made yet.” 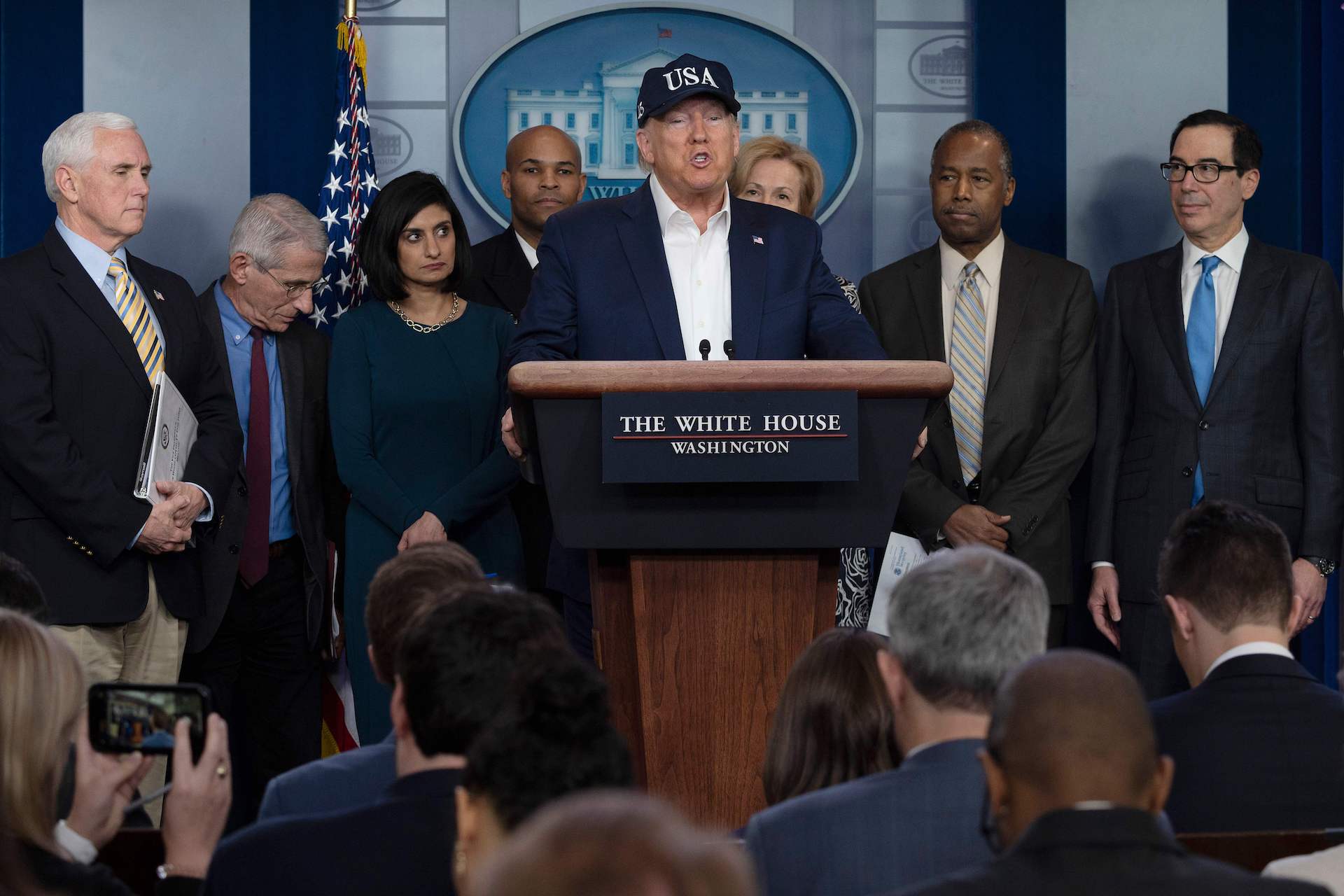 4 Ways to Upscale Your Home Without Spending a Fortune