Joe Biden promised to name a woman as his running mate during Sunday’s quiet, audience-less debate with Bernie Sanders. So, who could it be?

Given that women make up 51% of the country, he’s got a pretty large pool to pick from, even when you narrow it down to those who would be qualified to be a heartbeat away from the presidency. Nine women were elected governor in the 2018 midterms, and there are more women serving as senators and members of Congress than ever before — and a lot of them are Democrats.

Some names that have frequently been tied to Biden include Sen. Kamala Harris and former Georgia gubernatorial candidate Stacey Abrams, who, if elected, would also become the highest-ranking black woman in the history of the United States. Sen. Amy Klobuchar’s stock has also risen in recent weeks, given the outsized role she played in Biden’s Super Tuesday performance, and Minnesota’s status as a battleground state.

Biden could also go with someone more low-profile, such as Michigan Gov. Gretchen Whitmer, who in 2018 won her election by nine points just two years after Donald Trump carried her state. Or the former vice president could try to extend an olive branch to progressives, picking someone like Sen. Tammy Baldwin of Wisconsin, or even Sen. Elizabeth Warren, whose bankruptcy plan he adopted as his own this week. (Ironically, Warren’s national political career arguably started with her opposition to a bankruptcy bill Biden backed.)

Either way, given Biden’s age, his running mate selection would take on an even greater importance than usual should he win the nomination. Here’s the case for and against the women most likely to run with Biden.

Harris slammed Biden early on for his opposition to busing for desegregation in the 1970s, but it seems like the first-term senator and former presidential candidate has gotten over it: She endorsed Biden shortly after Warren left the race.

Harris has had a tenuous relationship with the left going back to her first run for San Francisco DA, but she ran well to the left of Biden during the primaries and even offered her own (much-ridiculed) plan to get to Medicare for All. She could also help shore up Biden’s support with labor. Her debate performances won praise from pundits, which could come in handy in debates against Vice President Mike Pence, and for attacking Trump on the campaign trail.

One issue: Biden has promised to put a black woman on the Supreme Court, and given that Harris is the former attorney general of the largest state in the country, she’s the most natural selection.

After very nearly becoming the first black woman governor of a U.S. state, Abrams said no to a run in one of Georgia’s two Senate races this year and kept working on voting rights and access. But she’s made clear that she would be open to an appointment as vice president, and Georgia is looking more and more winnable for the Democrats.

After telling The View last year that she didn’t want to be vice president, she softened her tone in another appearance on the same show last month. “I’m now getting the question a lot from folks, and the answer is, of course I would be honored to run as vice president with the nominee,” she said.

Klobuchar ran the same sort of moderate campaign as Biden during the primary (sans the close ties to Barack Obama), and her endorsement of the former vice president once she dropped out was more or less a given.

But what wasn’t was the effect Klobuchar backing Biden would have on the primary. Though he never made a campaign stop in Minnesota, Biden rode Klobuchar’s endorsement to an upset victory in the state, and gave Klobuchar her due. “We won Minnesota because of Amy Klobuchar,” Biden said the night of his victory.

Klobuchar’s presidential campaign was all about winning in the Midwest; her state only went for Hillary Clinton by 1.5% in 2016, but Klobuchar won re-election by 24 points in 2018. And Klobuchar herself fueled speculation earlier this month by mistakenly saying she was honored to join Biden’s “ticket.”

READ: ‘Go to the YouTube’: Bernie and Biden finally have it out over Social Security cuts

Considering how Elizabeth Warren’s career began, the Massachusetts senator joining a Joe Biden ticket would be a wild twist.

But after campaigning heavily against Biden and his brand of politics during the primary, Warren has softened her tone on the vice president in recent weeks. “He is exactly who he says he is. He’s a decent guy, and I mean that in the good of decency. It comes through in pretty much everything he does,” Warren told Rachel Maddow the day after she exited the presidential race.

Given her rift with Bernie Sanders over the past few months, however, it’s unclear how much his supporters would even view Warren’s selection as an olive branch as opposed to Warren betraying the progressive movement.

Although Whitmer is only 15 months into her first term as governor, she’s a testament to the Democrats’ success in the 2018 midterms, having won back Michigan by a wide margin on the back of support from suburban voters. She’s also got unification potential: both Biden and Sanders endorsed her in 2018. She endorsed Biden days before the Michigan primary.

For Biden, Whitmer’s appeal is obvious: She’s 48 years old, has experience running an administration, and is fresh off a huge win in one of the three states (along with Pennsylvania and Wisconsin) Biden most needs to win the electoral college.

The downsides: She’s only 15 months into her first term, and is unique to others on the shortlist because she actually has a state to run as the coronavirus threat continues to grow.

Baldwin, potentially more than any other choice, could help bring some of Bernie Sanders’ supporters into the Biden camp. Baldwin was a fierce opponent of the war in Iraq and is a longtime advocate for single-payer, two of the most glaring issues progressives have with Biden.

Baldwin would also be a historical choice for another reason: An openly gay woman, she would be the first member of the LGBTQ community elected vice president. 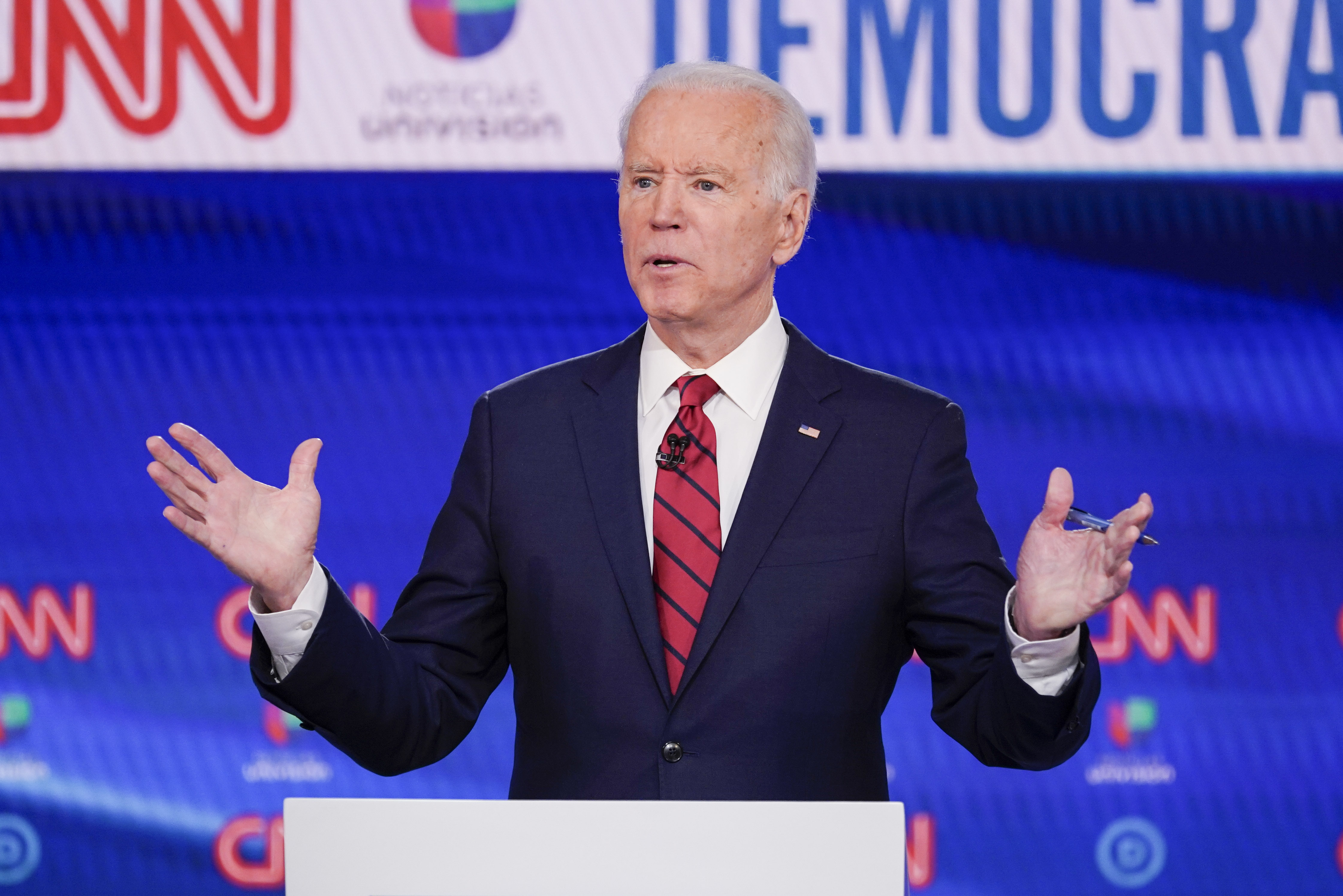 7 Ways to Relieve from Everyday Stress