Americans are worried about the coronavirus, and they don’t trust the information that the Trump administration is giving them about it.

Sixty percent of Americans said they were somewhat or very worried about exposure to coronavirus, including 73% of Democrats, 64% of independents, and just 42% of Republicans, a poll published by Gallup on Monday found.

That’s a radical shift from where things stood just a month ago, when a similar number of Republicans (30%) and Democrats (26%) said they were at least somewhat worried about the virus.

Fifty-four percent of Republicans, meanwhile, think the coronavirus threat is blown out of proportion, according to a separate poll released by NPR on Tuesday, as opposed to 56% of overall respondents who think it’s a real threat.

In the NPR poll, the numbers for the administration are even worse. While 74% of Republicans trust what the president is saying about the coronavirus at least a “good amount,” just 37% of Americans overall do. (Notably, both polls were taken prior to Trump’s remarkable shift in tone on Monday, when he acknowledged that the public health crisis could last for several months.)

Trust in the government’s ability to handle the coronavirus outbreak has slid substantially, from 77% to 61%. That’s largely been driven by a 32-point drop among Democrats and 13-point drop among independents over the past month, the Gallup poll found. Republicans, meanwhile, remain virtually unchanged: 85% of GOPers expressed confidence in the government, as opposed to 86% who responded the same way in February.

READ: The White House is asking millennials — yes, you — to stay home to stop coronavirus

The numbers for the media, however, weren’t much better. Just 50% of respondents to NPR’s poll said they at least “somewhat” trusted the media’s information about coronavirus, and 47% said they trusted the media not very much or “not at all.”

Somewhat unsurprisingly, Republican respondents drove the distrust in the media, with just 36% of GOP-affiliated respondents saying they trusted the media’s coronavirus information as opposed to 64% of Democrats and 49% of independents.

Nearly the same percentage of men (58%) and women (62%) now say they’re at least somewhat worried about exposure to coronavirus, according to Gallup. As a group, however, women came around to those fears more quickly: when asked the question last month, 40% of women said they were at least somewhat worried, while less than a third of men said they were.

But if you’re looking for a silver lining, trust in other institutions tasked with dealing with the crisis and getting information out about it remains high.

While the national response appears to have been largely interpreted among political lines, most Americans of all stripes said they trust what they hear from their state and local governments regarding the crisis, as well as the words of public health experts, according to the NPR poll.

Roughly three-quarters of respondents said they trust in what state and local governments are telling them, while 84% people trust what public health experts are saying about the virus. If all else fails, trust the doctors. 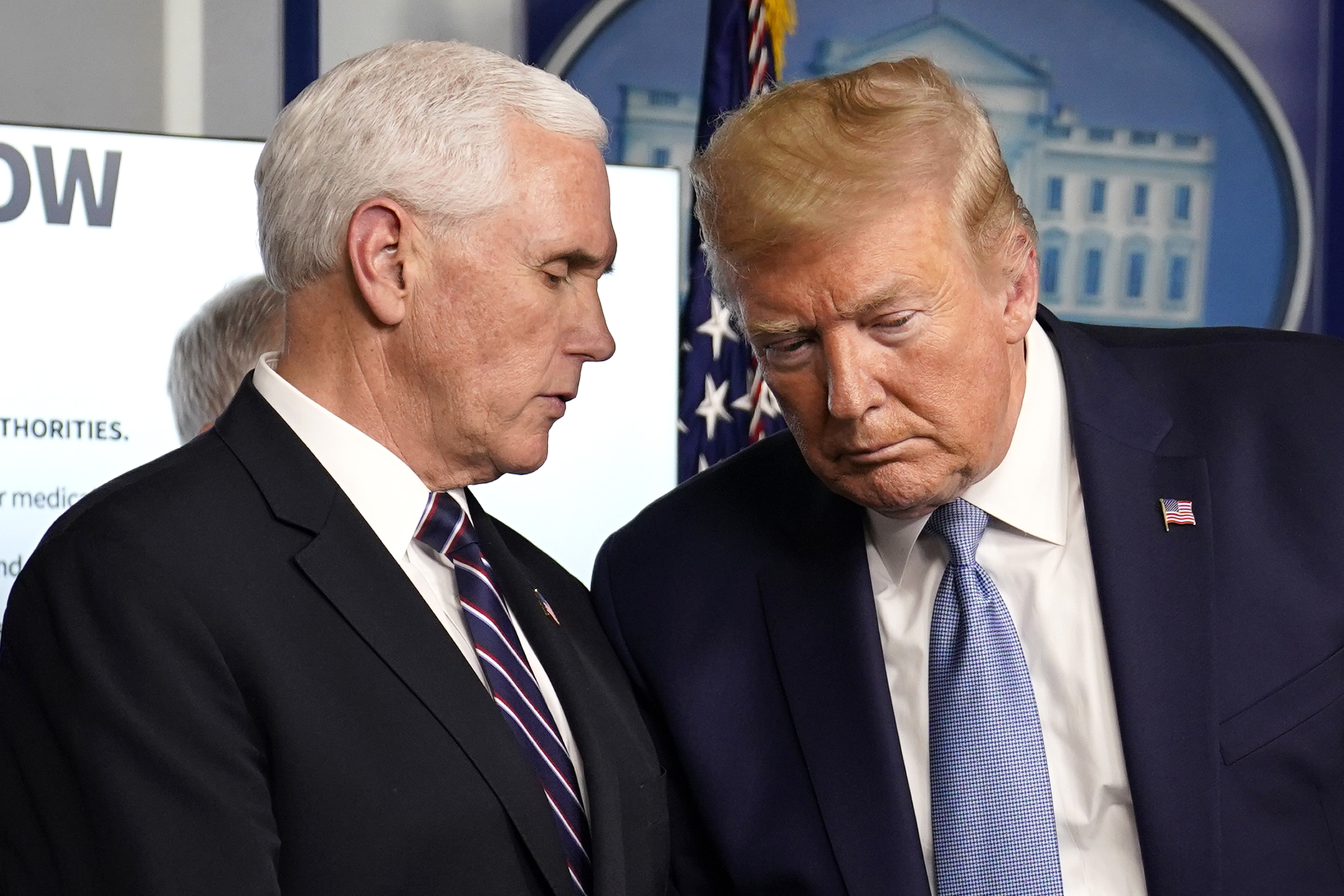