British doctors are begging the government to give them priority testing for COVID-19, saying that a lack of tests is leaving them, their families, and patients exposed to potential infection.

Since last week, British health authorities have focused testing on people who are admitted to hospitals with suspected symptoms, or in residential care settings like nursing homes where there was a suspected outbreak.

Doctors and other medical workers have complained that they’re not being tested themselves, even when they’re showing possible symptoms and despite being on the front lines of the outbreak. They fear they’re unwittingly exposing others to the virus.

The situation has prompted one junior doctor, Rebecca McCauley, to launch an online petition calling on the government to provide testing for front-line health workers. So far, it’s gotten more than 860,000 signatures.

In the petition, McCauley — who said she had a minor cough — described the dangerous dilemma faced by health workers when they developed possible COVID-19 symptoms.

“Do I stay off work for 7 days, leaving a shortfall of staff and putting further strain on the already strained [healthcare system],” she wrote. “Or do I go to work with my minor cough (as I would normally) and risk potentially spreading COVID-19 to all of the sicker patients I see on a daily basis?”

READ: How the CDC botches basic science in its attempt to make a coronavirus test

One doctor, a consultant cardiologist at a London hospital, told the Guardian he suspected he had COVID-19, but that in order to be tested he resorted to paying for his own test kit from a private U.K. clinic and had another sent to him by a colleague in China.

“The [government] policy is that I don’t need to be tested and even the people who have been in contact with me aren’t going to be tested,” said Mark Gallagher, calling the government stance “a policy of surrender.”

“They are abandoning the basic principles for dealing with an epidemic, which are to test whenever possible, trace contacts and contain,” he said. “Almost all individual physicians I know feel that what they are doing is wrong.”

The outcry from doctors has led the National Health Service to admit it is not testing enough staff, and to call on health bureaucrats to establish a testing system for “targeted staff” and provide more kits “as a matter of urgency.”

But, McCauley said, “that is more of a request than an announcement,” and it was unclear who would have access to those kits. When she requested a test from health authorities Tuesday, she said, “it was made… clear that testing still wasn’t being done and I would just have to self-isolate.”

READ: Coronavirus has northern Italy’s hospitals on the brink of collapse

Health experts have criticized Britain’s pace of testing in general, and the government has promised to scale up its efforts. While the advice from the World Health Organization has been to “test every suspected case,” Britain had carried out only 44,000 tests as of Monday. South Korea, by contrast, is doing 10,000 tests a day.

Testing in the UK so far has confirmed 1,961 COVID-19 cases, although Whitty told a government committee Tuesday that, based on the projections from the 71 dead so far, the real number of cases in the UK could be as high as 55,000.

READ: No soap, little water, and no way out: Refugee camps brace for coronavirus

The campaign group Doctors For The NHS said much more testing needed to be done.

“There is no mass testing for COVID-19,” said Colin Hutchinson, the group’s chair. “How can you manage an emergency like the COVID-19 pandemic without access to clear, up-to-date information on the number of new cases within the population?”

Cover: Coronavirus. Lab technicians handle suspected COVID-19 samples as they carry out a diagnostic test for coronavirus in the microbiology laboratory inside the Specialist Virology Centre at the University Hospital of Wales in Cardiff. (Press Association via AP Images) 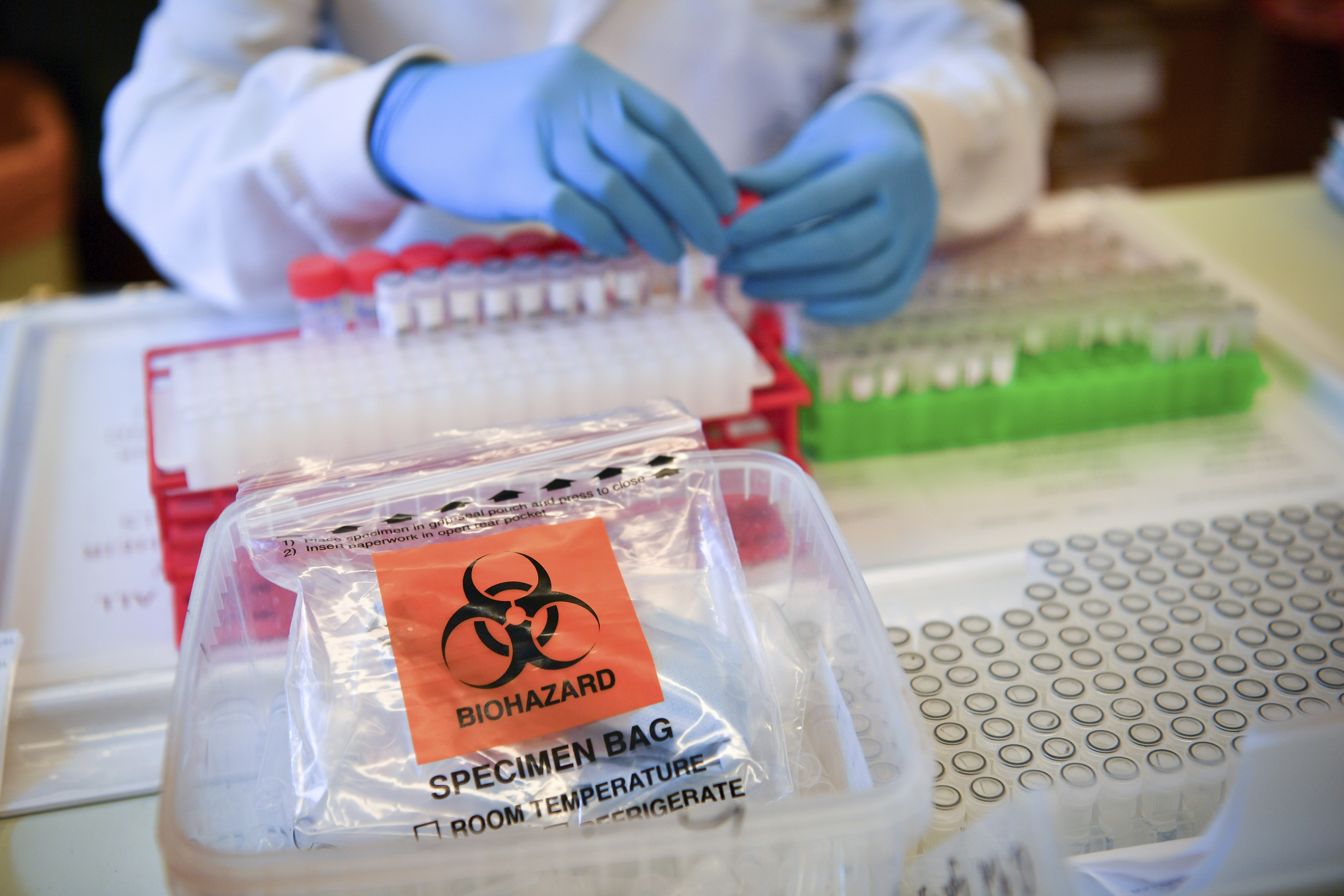 How to Earn Money When Traveling through Asia