The Gemera is Koenigsegg’s first four-seater and the world’s first Mega-GT. The Swedish manufacturer of high-performance sports cars was founded in 1994 and has hit many firsts in its short history. The CC8S was launched in 2002 as the company’s first street-legal production car, wherein 2009 and 2019, the CCXR and Agera respectively won key industry awards. Fast forward to March 3, 2020, which saw Gemera, the limited production four-seat plug-in hybrid grand tourer, being unveiled via online broadcast. 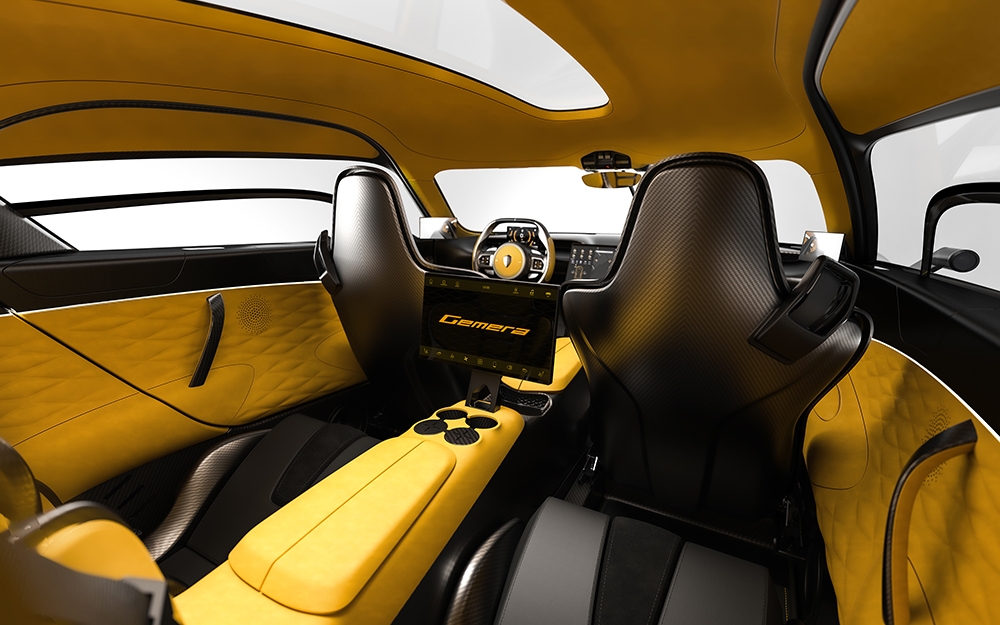 Dubbed the Tiny Friendly Giant or TFG for short by Koenigsegg, this compact yet powerful engine boasts 1700-hp, accelerates from 0-62 mph in 1.9 seconds, and can reach a max speed of 249 mph (186 mph in electric mode). The hybrid powertrain is made up of a three-cylinder combustion engine that runs on renewable alcohol fuel and three electric motors. With 500-hp electric motor for each rear wheel, a 600-horsepower combustion engine in between, the third 400-hp electric motor sits in front and drives the front wheels. The all-wheel-drive machine also features an 800-volt, 15 kWh battery pack behind the front wheels, which provides power to the electric motors. 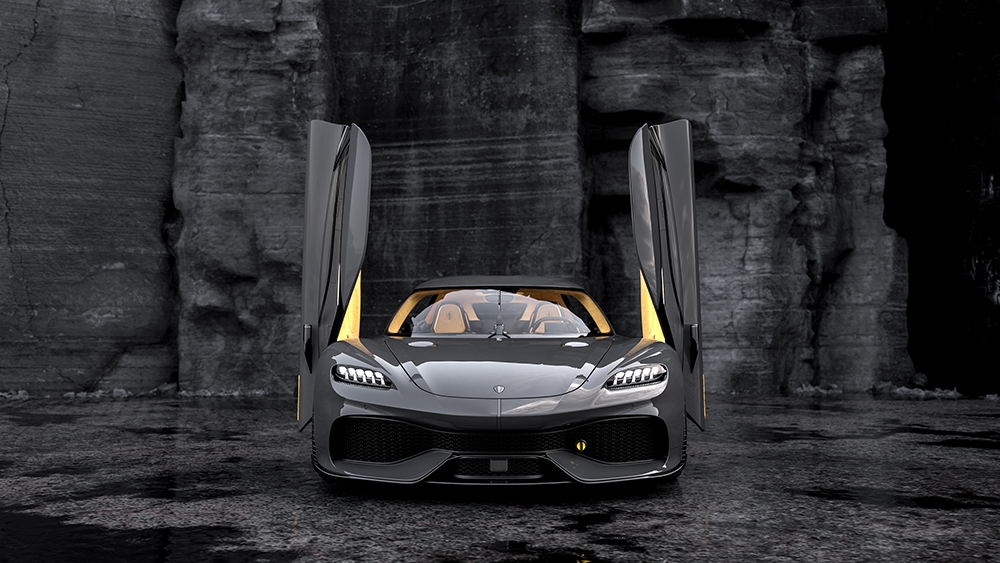 While the exterior is a bold and aggressive frame, the Gemera has the practicalities of a four-seater car with more luggage space. Unobstructed for both front and rear passengers to enter or exit, thanks to the lack of a B-pillar and two large dihedral doors, there was no detail spared on the interior. There are two cup holders per person, one hot and one cold, a steering wheel with leveled graphics screen, leather-upholstered electrically adjustable seats, and a total of four touchscreens. 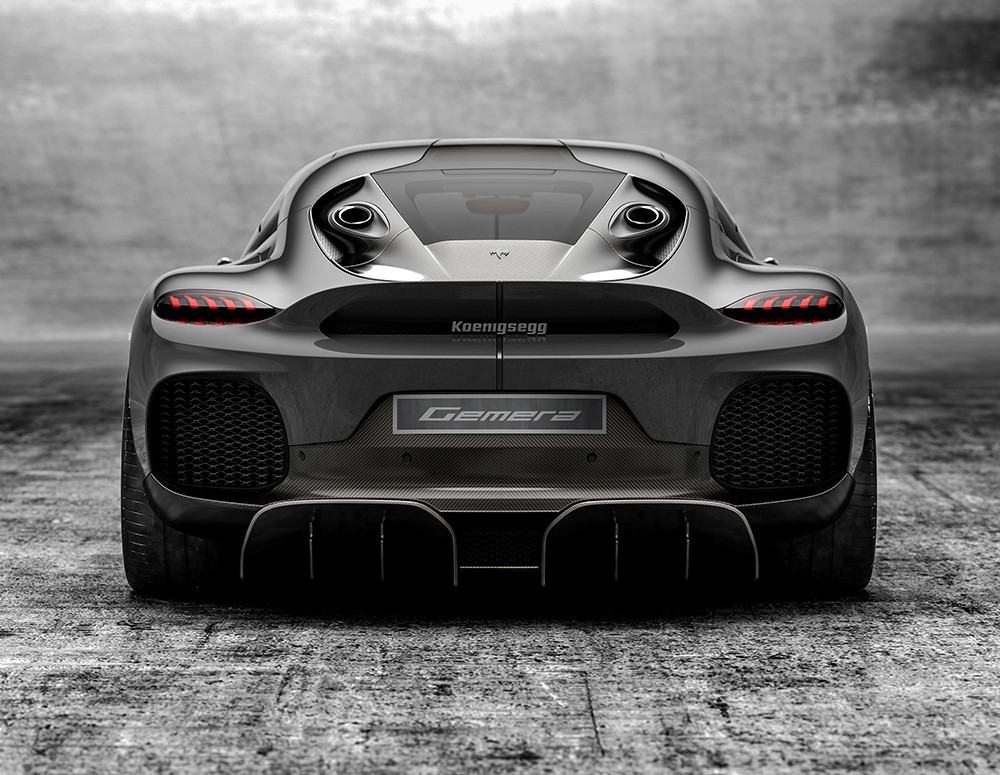 Its premier design characteristic is the giant Koenigsegg Automated Twisted Synchrohelix Actuation Door. These doors, one on each side that swing up vertically, allows effortless access and a very small opening footprint. Along with air vents incorporated in taillights and headlights, top-mounted titanium Akrapovič exhausts, rearview cameras are used in place of mirrors. 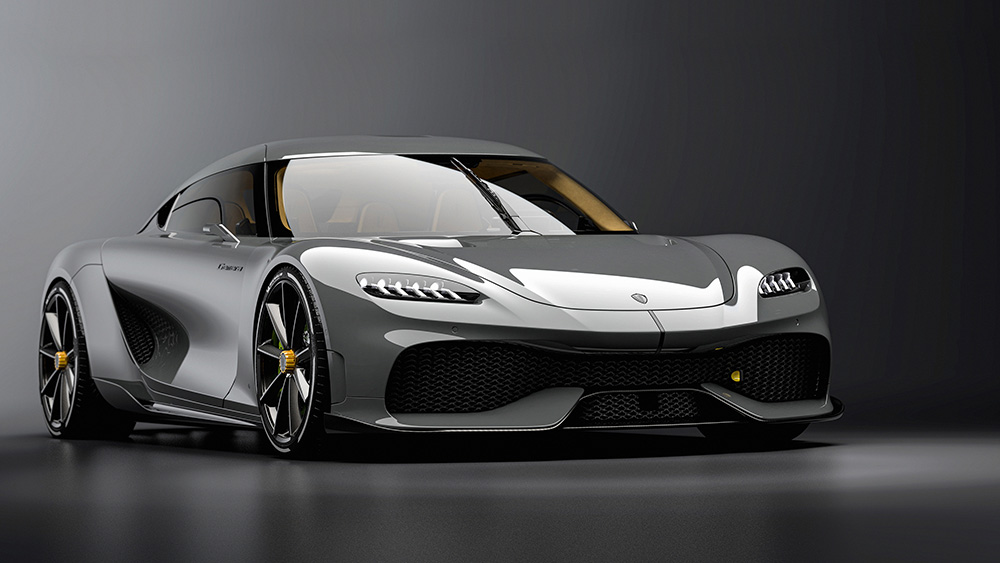 The mega-car experience can now be shared with family and friends with a total range of 1,000 km, 950 km with its internal combustion engine, and 50km with its electric engine.