President Donald Trump is closing the border with Canada to “non-essential traffic.”

Trump made the announcement over Twitter on Wednesday morning. “We will be, by mutual consent, temporarily closing our Northern Border with Canada to non-essential traffic,” Trump wrote.

“Trade will not be affected. Details to follow!” he added.

Trump had already imposed new restrictions on the U.S.-Mexico border, citing coronavirus concerns. All asylum-seekers and migrants will be returned to Mexico to avoid overcrowding in U.S. detention facilities and immigration courts.

Canadian Prime Minister Justin Trudeau on Monday closed his country’s borders to all travelers except those from the U.S.

Canadian citizens are expected to be able to return home despite the border shutdown.

“We recognize that the level of integration of our two economies and the coordination that we’ve had over the past while puts the U.S. in a separate category from the rest of the world,” Trudeau said Monday, announcing the new restrictions on travel.

Canada and the U.S. are vital trading partners. Canada relies on the U.S. for 75% of its exports. Much of Canada’s food supply comes from the U.S., and the U.S. needs Canadian oil imports. Shutting down the border to trade would have a substantial impact on both countries.

“We get our groceries thanks to truckers who drive back and forth across that border,” Canadian Deputy Prime Minister Chrystia Freeland said on Monday. Under normal circumstances, some 200,000 people cross the U.S.-Canada border daily. But even before Trump’s announcement, few Canadians were crossing the border into the U.S. due to coronavirus concerns.

“No Canadian in his or her right mind would want to be caught with the virus on the U.S. side of the border, given the predatory U.S. medical pricing system,” Robert Bothwell, a professor of Canadian history and international relations at the University of Toronto, told the Associated Press.

New border restrictions are being imposed around the world as the coronavirus pandemic becomes more severe.

Trucks, carrying essential goods like food and medicine, lined up at European borders on Wednesday. Desperate travelers tried to get into countries before the lockdowns became even more restrictive.

The European Union locked down its borders on Monday, imposing a 30 day entry ban for non-essential travel for non-EU citizens. France and Germany both put tighter restrictions on their borders Monday, too. 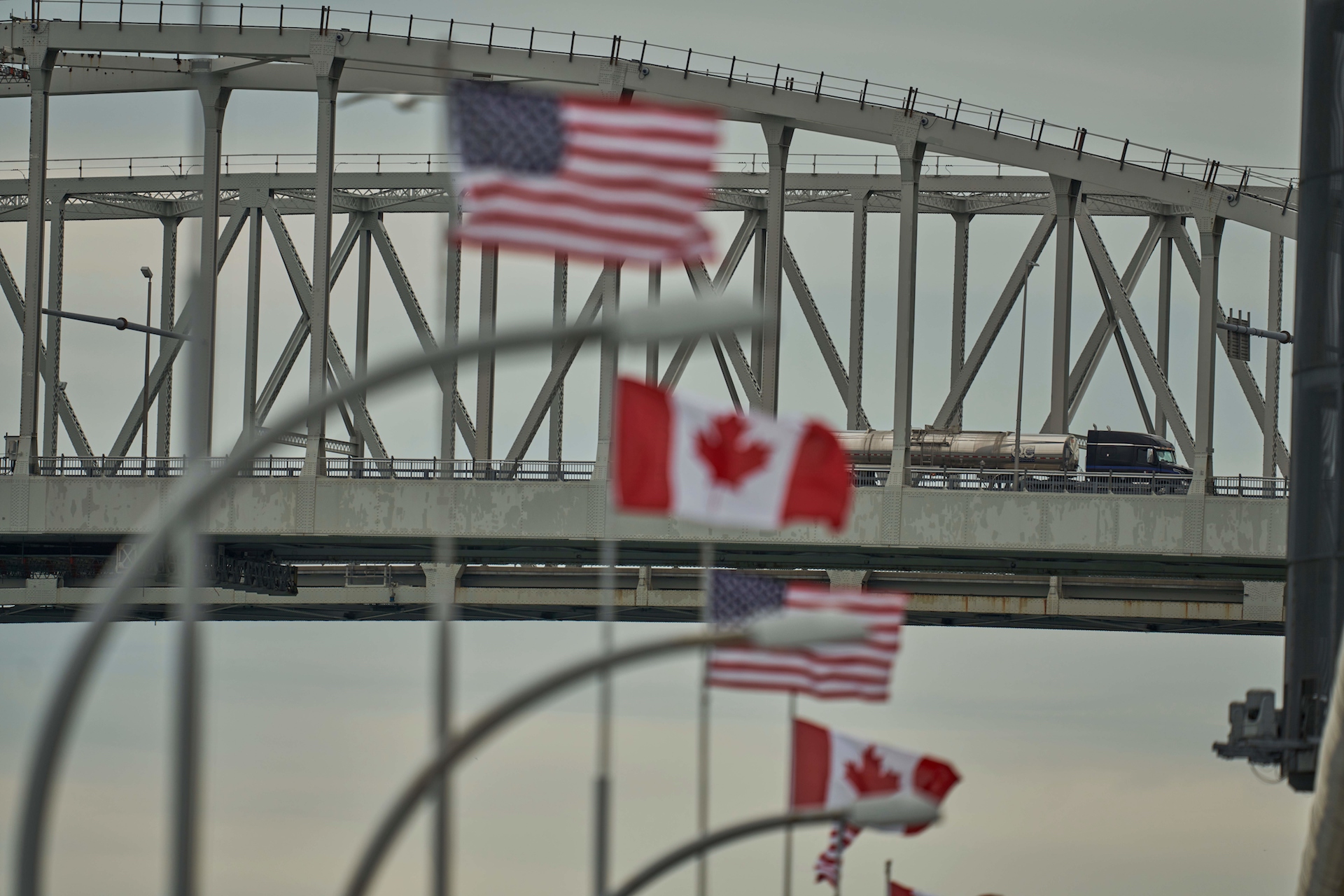