New York is effectively shutting down as of Sunday, Gov. Andrew Cuomo announced Friday at his daily press conference.

Cuomo will sign an executive order putting the state on “pause” — the most drastic measure he’s taken so far to curb the spread of coronavirus before confirmed cases overwhelm the state’s medical system. Over 7,102 cases have been confirmed statewide, compared to 4,152 just a day ago. Of those, 4,408 cases are in New York City, double what the city had the previous day. About 18% of those cases have required hospitalization.

Cuomo directly attributed the increase in cases to more testing. Still, he said the terms of the shutdown are legal mandates that “would be enforced.” Violators could face consequences such as fines.

The new rules include:

Cuomo rejected the language “shelter in place” because he said those were terms in the context of an active shooter incident or a possible nuclear attack. He’d previously ruled out such a declaration in New York City — despite Mayor Bill de Blasio repeatedly calling for one.

Cuomo maintained that hyper-localized lockdown measures were ineffective and added that the drastic measures of the “pause” — which stands for “policies assure uniform safety for everyone” — would only work if they were widespread. He’s signed onto a regional pact with the governors of New Jersey, Connecticut, Delaware, and Pennsylvania.

The biggest challenge facing New York is the lack of ventilators, Cuomo stressed again: “Ventilators are to this war what missiles were to World War Two.”

New York, the current American epicenter of coronavirus, is expected to need around 30,000 additional ventilators. He said that if anyone or any health department has a ventilator, machines that help people breathe when they can’t on their own, that they’re not currently using, they’re under an order from the Department of Health to make it available.

READ: Here’s how New York could decide who gets a ventilator — and who doesn’t

The state is also in dire need of medical supplies including masks, gloves, and gowns. He said that New York is offering financial incentives to start-ups or companies that could manufacture those items.

“If you can make them, we will give you funding to do it,” Cuomo said. “And the funding to get the right equipment.”

READ: U.S. hospitals are wildly unprepared to deal with how bad the coronavirus pandemic could get

Cuomo said officials are also scouting potential sites to retrofit as medical centers, including the Javits Convention Center in New York City, as well as a number of CUNY and SUNY buildings. The Navy has also dispatched hospital ships to New York City’s harbor and the West Coast to help treat sick people. A temporary medical facility is also being built in Staten Island. 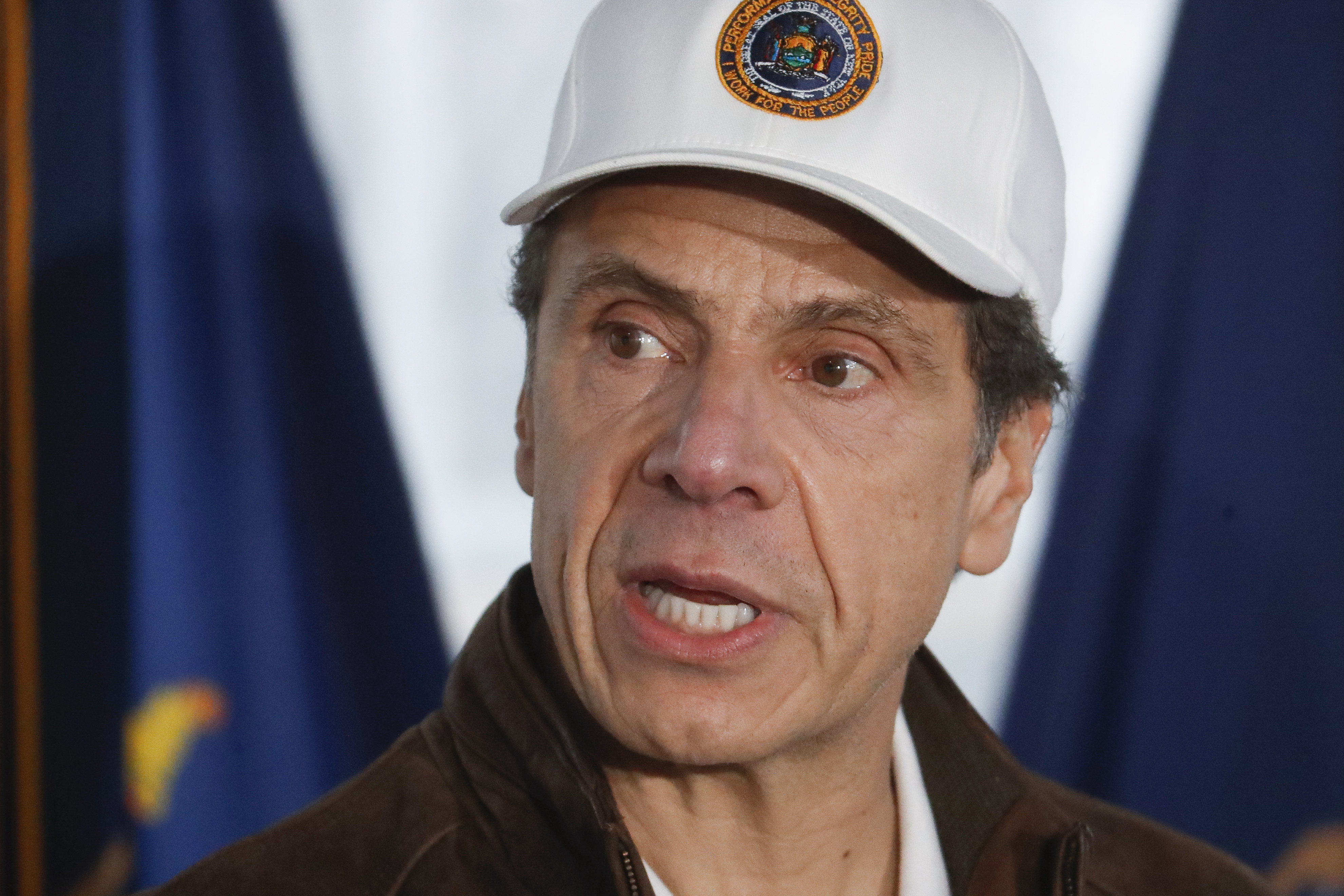 No, You Probably Shouldn’t Swab Your Own Throat for COVID Tests