Several senators, including three committee chairmen and the spouse of the chairman of the New York Stock Exchange, unloaded stocks after receiving briefings on the coronavirus, according to multiple reports and financial disclosures.

Sen. Richard Burr of North Carolina, the chairman of the Senate Committee on Intelligence, dumped between $628,000 and $1.7 million in dozens of stock transactions on February 13, ProPublica reported late Thursday night. It was his most active one-day session in over a year, and his larger sell-offs included up to $250,000 in hospitality stocks, including Wyndham Resorts and Extended Stay America.

“Senator Burr filed a financial disclosure form for personal transactions made several weeks before the U.S. and financial markets showed signs of volatility due to the growing coronavirus outbreak,” a spokesperson told ProPublica. “As the situation continues to evolve daily, he has been deeply concerned by the steep and sudden toll this pandemic is taking on our economy.”

Thursday was a pretty bad day all around for Burr. That morning, NPR published a recording of a closed-door speech he gave to donors on Feb. 27 in which he likened the potential of the coronavirus to the 1918 Spanish flu. It was a wildly different tone from a Fox News op-ed he co-authored earlier that month with Sen. Lamar Alexander, in which they claimed that the U.S. was “better prepared than ever” to tackle public health crises.

In a series of tweets Thursday night, Burr called the NPR story a “tabloid-style hit piece” that “irresponsibly misrepresented” his closed-door speech.

On Thursday night, Fox News host Tucker Carlson called for Burr to resign immediately and face prosecution if he doesn’t have an “honest explanation” for the trading.

Burr should hardly be singled out. Sen. Kelly Loeffler of Georgia, Sen. James Inhofe of Oklahoma, Sen. Ron Johnson of Wisconsin, and Sen. Dianne Feinstein of California have also sold significant amounts of stocks in recent months. All but Feinstein are Republicans.

Loeffler is married to NYSE chairman Jeffrey Sprecher. The couple made nearly 30 transactions between January 24 — the day senators received a private briefing from Dr. Anthony Fauci and CDC officials — and mid-February, the Daily Beast reported Thursday. In total, Loeffler and her husband sold between nearly $1.28 million and $3.1 million in stocks, according to the Daily Beast. One of the few stocks Loeffler bought was in the technology company Citrix Systems, which makes teleworking software.

Without naming the outlet or story, Loeffler — who was appointed to the Senate in December and is running for the same seat in a special election this fall — pushed back late Thursday, calling it a “ridiculous and baseless attack.” She also claimed she was only made aware of the transactions in mid-February.

Johnson, the Senate Homeland Security chair, filed a disclosure yesterday revealing that on March 2, he had sold all of his stock in his family’s Oshkosh, Wisconsin-based plastics manufacturer PACUR Inc. — between $5 million and $25 million worth. He was formerly the company’s CEO, a position he stepped down from when he was elected in 2010.

Since January 28, Feinstein’s investment banker husband, Richard Blum, has twice sold stock in San Francisco-based Allogene Therapeutics, according to disclosure forms. The couple’s sales in the company total between $1.5 million and $6 million. On February 18, the day Blum and Feinstein sold between $1 million and $5 million in stock in the company, its share price closed at $23.20; it currently sits at $20.58 after hitting a low of $18.26 earlier this week, according to Yahoo.

Three days after the Senate Health briefing, meanwhile, Inhofe sold up to $400,000 in stock in companies including Apple, PayPal, and Intuit, Senate disclosures show. Inhofe then made another sale in February between $50,000 and $100,000 in assets in Brookfield, an asset management company.

This isn’t the first time Inhofe has come under fire for untoward stock trades. In 2018, the Senate Armed Services Committee chair was heavily criticized for purchasing tens of thousands of dollars worth of shares in the defense contractor Raytheon after lobbying the Trump administration to increase defense spending.

Burr, meanwhile, was one of just three U.S. senators to vote against the 2012 STOCK Act, a bill banning insider trading for top federal employees and requiring more stringent and transparent disclosures from congressional members and staff. In an interview at the time, Burr defended his vote as a courageous one.

“It’s ludicrous. That’s why Dr. Tom Coburn and I were the two brave souls that walked up and said we shouldn’t be doing this,” Burr told a local radio station in Asheville. “We’re going to have political theater this week as to whether it applies to the executive branch, whether it doesn’t. The fact is SEC law applies to every person who trades in America.”

Cover: Sen. Richard Burr, R-N.C., talks with reporters in the Capitol before the continuation of the impeachment trial of President Donald Trump on Thursday, January 30, 2020. (Photo By Tom Williams/CQ Roll Call via AP Images) 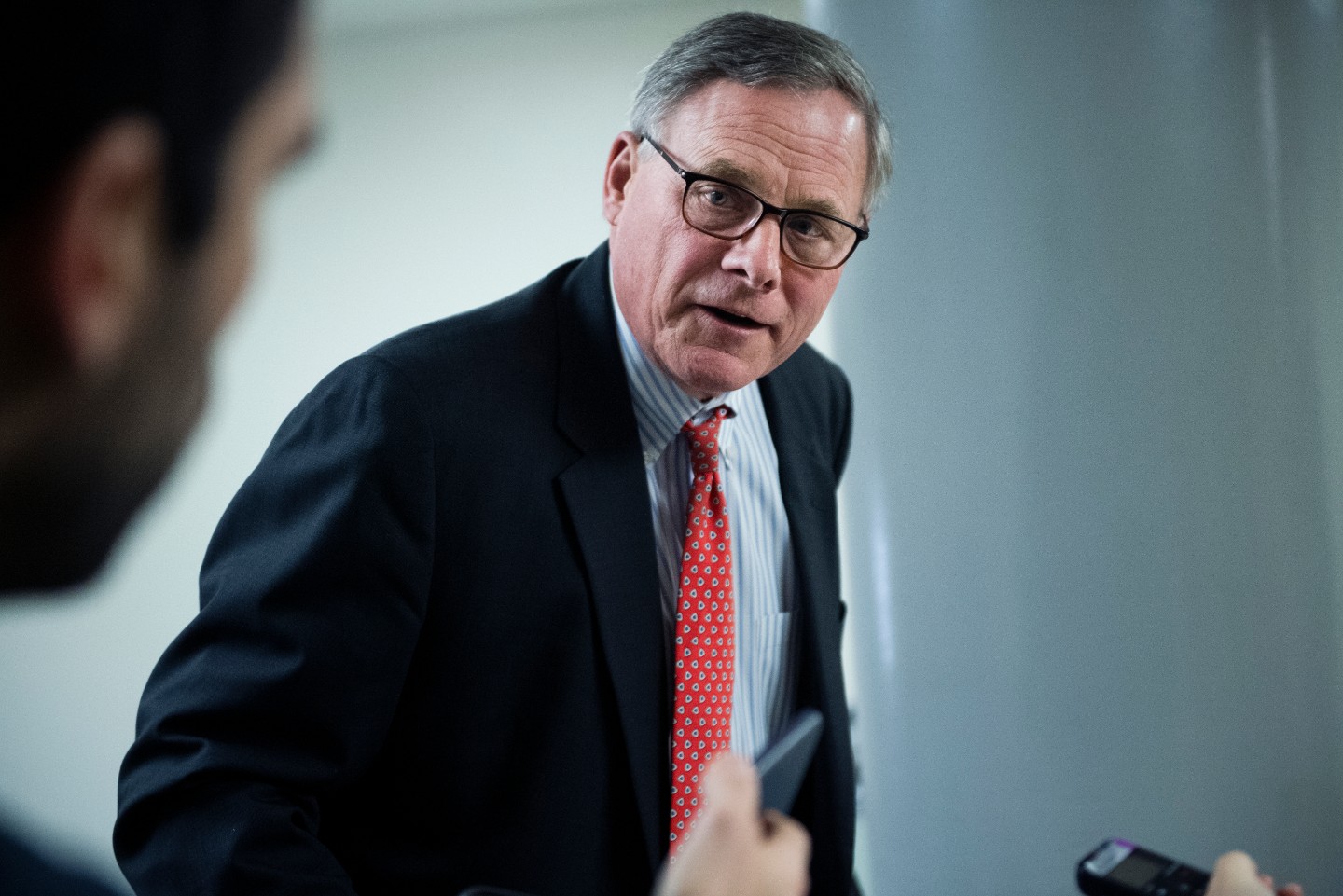 An ICE Agent Shot a Brooklyn Man in the Face, Reports Say