WASHINGTON — Two members of the House of Representatives have been diagnosed with COVID-19, and close to 30 have self-quarantined after coming in contact with someone who was later diagnosed.

A handful of staffers have also contracted the virus, and many more are scared to set foot at the Capitol, where even in a good year, illnesses are known to spread and linger. That’s not to mention the average age of lawmakers — in their sixties — puts them at higher risk than the population at large.

And yet both houses of Congress will have to assemble — in person — to pass the $1 trillion pandemic aid package the U.S. Senate has been hammering out over the past week. There is no plan B. So while 75 million Americans have been ordered to stay inside to stop the spread of the coronavirus, members of Congress, including 148 members of the House and 48 Senators over the age of 65, will be putting themselves and others at risk to take this vote.

“We are putting at risk our democracy,” Rep. Katie Porter (D-Calif.) told VICE News in a phone interview. “Congress should have to set up a plan for continuity of operations. We lose our credibility when we ask others to do things that we are not willing to do ourselves.”

READ: This is why Trump must give coronavirus bailout checks to undocumented immigrants too

Throughout the week, Sen. Dick Durbin (D-Ill.) — the Senate’s No. 2 Democrat — has been railing against leadership for keeping the Senate in session over the advice of public health officials, who have called for no more than 10 people to congregate at a time. He introduced a plan with Sen. Rob Portman (R-Ohio) to temporarily allow remote voting.

“We have critically important work to do in the Senate, but gathering in groups, as we’ve done historically, poses a health risk, not just to us as members and our families, but to the staff, as well as their families,” Durbin said. “Why is it required that we be physically present on the floor, closer to one another than perhaps we should be at this moment of a public health crisis?”

Leadership has so far swatted away the idea.

“We will deal with the social distancing issue without fundamentally changing the Senate rules.”

“We’ll not be doing that. Look, there are a number of different ways to avoid getting too many people together,” Senate Majority Leader Mitch McConnell (R-Ky.) told reporters at the Capitol Tuesday. “We will deal with the social distancing issue without fundamentally changing the Senate rules.”

Speaker Nancy Pelosi (D-Calif.) also shot down the idea in the House last week, though since then, she has asked a few committees to explore ideas and take input from members. Most House members are already back in their home districts, so they will have hop in planes, trains and cars to get back to D.C. and vote on the giant stimulus package the Senate is negotiating.

There is one mechanism Congress can use to vote from afar. It’s called unanimous consent, but that means even a single member can object and force an in-person vote. Avoiding that would require an unprecedented level of agreement, an unlikely outcome when the product is the costliest emergency stimulus bill Congress has ever tried to put together.

READ: How coronavirus could actually give Americans a stronger financial safety net

There are also barriers to remote voting that make it hard to imagine such a slow-moving branch of government being able to figure it out quickly, especially in the midst of a pandemic.: From technological ineptitude and fears of foreign hacking to public paranoia that lawmakers would be trying to hide their work on what critics deride as a bailout for banks and corporations.

Even if they could figure it out, it runs counter to the charge of Congress: Meet in person and debate legislation.

“You can’t have floor debates on Skype. We just don’t have the technology for that,” said Rep. Donna Shalala (D-Fla.), who served on a commission after 9/11 that studied how the government could function after a catastrophic attack. “You’d have to think about it in terms of security and all that. I don’t think we have time for that.”

During the Cold War, policy makers tried, and largely failed, to draw up a contingency plan for Congress in the event of a Soviet nuclear attack on the nation’s capital. In the months and years following 9/11 there was renewed interest in a plan for the federal government, even in the case of terrorism, biological attacks and pandemics.

One hang up was how the legislative branch, which is governed by its own bylaws in addition to the Constitution, would convene. Unlike the presidency, there’s no clear line of succession and Congress needs a quorum, or the majority of its members, to operate. But what happens if most lawmakers are incapacitated because of illness, or worse, have died?

Lawmakers did take action, but those were mostly plans in case of conflict, not a contagion. Congress designated places where its members could safely meet to do the business of the nation, like Fort McNair outside of Washington, D.C. Needless to say, that plan doesn’t account for a virus lawmakers themselves could carry from place to place.

In 2003, the commission Shalala served on released a set of recommendations that didn’t really address a pandemic. Instead the group laid out what would happen if there are mass vacancies or a number of lawmakers are incapacitated by an attack.

So, for the time being, the Senate works, and the House will probably have to come back to pass whatever legislation McConnell’s Senate comes up with. When they do meet, they’ll have something else to talk about: How, someday, not to have to meet anymore.

“I love my colleagues, but no one’s thought this through,” Shalala said. “We need to think this through face-to-face.” 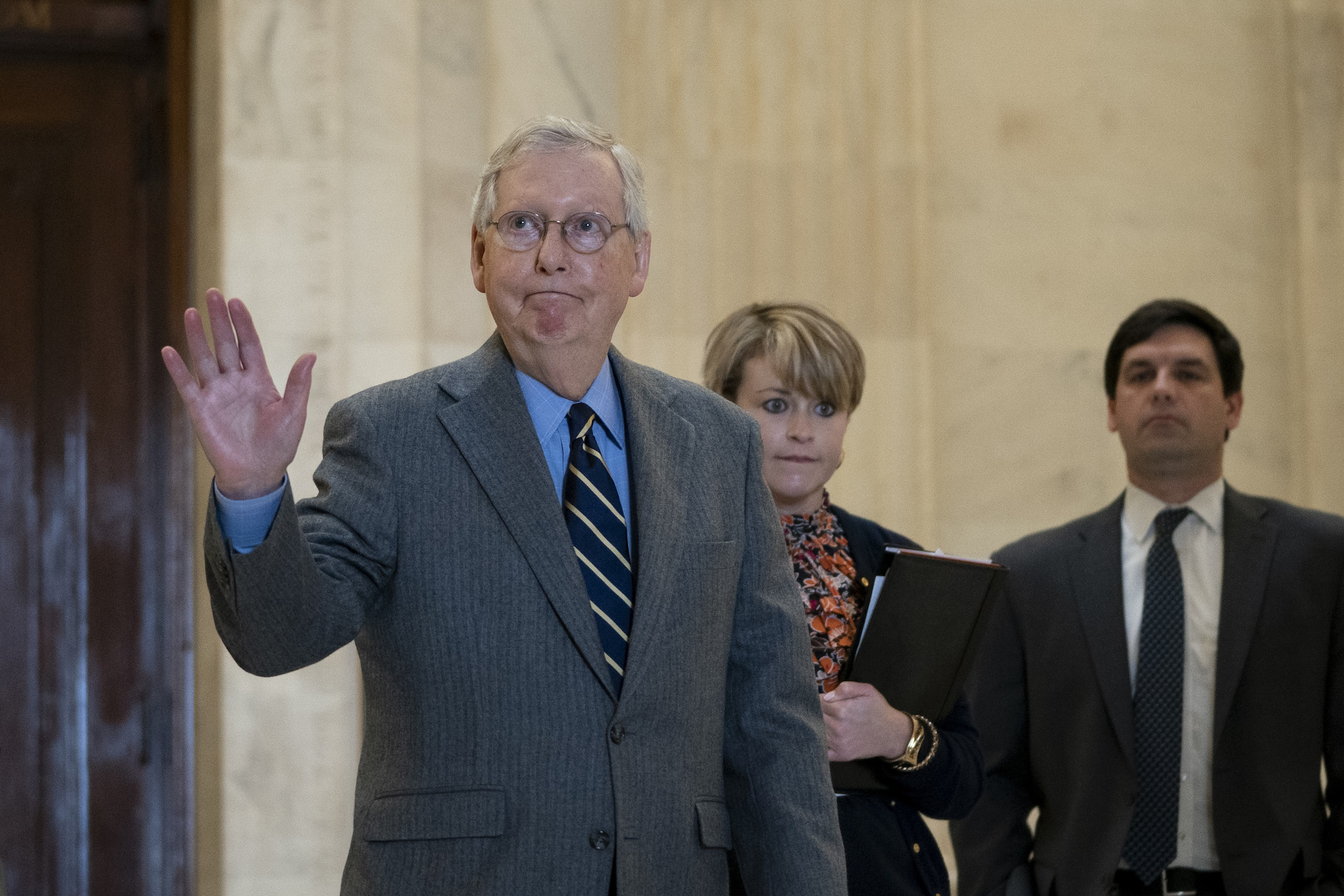 Coronavirus: Sony and Amazon pull out of major tech show