President Donald Trump is once again hawking an unproven cure to the coronavirus, and his administration plans to ship 10,000 doses of it to New York state to test it out.

“Look, we’re gonna find out. I feel, as the expression goes, what do we have to lose?” Trump told reporters during a Saturday afternoon press conference at the White House. “I feel very good about it.”

In recent days, Trump has taken to touting an anti-malaria drug, hydroxychloroquine, as a potential miracle cure for the coronavirus. In a Friday press conference, he pitched both hydroxychloroquine and remdesivir, originally designed to treat Ebola, as potential fixes. Then, in a pair of tweets Saturday morning, Trump touted another combination of drugs, once again involving hydroxychloroquine.

“HYDROXYCHLOROQUINE & AZITHROMYCIN, taken together, have a real chance to be one of the biggest game changers in the history of medicine,” Trump tweeted. “The FDA has moved mountains – Thank You! Hopefully they will BOTH (H works better with A, International Journal of Antimicrobial Agents) be put in use IMMEDIATELY. PEOPLE ARE DYING, MOVE FAST, and GOD BLESS EVERYONE!”

But after Trump walked out of the briefing, both Vice President Mike Pence and Anthony Fauci, the head of the National Institute of Allergy and Infectious Diseases, said that the president’s tweets were referring only to his “hope” that people sickened by the coronavirus will soon be able to use those drugs. And Fauci even cautioned against any claims that the drugs will somehow magically cure COVID-19.

While they may work, Fauci told reporters, the evidence of their effectiveness is anecdotal, thin, and doesn’t meet scientific standards.

“The president is talking about hope for people, and it’s not an unreasonable thing, to hope for people,” Fauci said. “There are those that lean to the point of giving hope and saying, ‘Give that person the option of having access to that drug.’ And then you have the other group, which is my job, as a scientist.”

“My job is to ultimately prove without a doubt that a drug is not only safe but that it actually works,” he continued, before adding, “Those two things are not actually incompatible when you think about it.”

In a Saturday press conference of his own, Gov. Andrew Cuomo confirmed Saturday that New York state, the epicenter of the coronavirus pandemic in the United States, will receive 10,000 doses of hydroxychloroquine and zithromax. Cuomo said that he spoke to Trump after briefing and said New York would be interested in testing out the drugs.

“Health professionals have all recommended to me that we try it. So we will try it,” Cuomo said, adding that the state is also testing out a number of other drug therapies.

During the press conference, reporters repeatedly hammered Trump administration officials about health care providers’ inability to get the masks they need to safely treat COVID-19 patients. Even though the pandemic has barely begun in the United States, personal protective equipment is already in short supply, forcing providers to resort to desperate measures.

New York City hospital workers told the New York Times that they’ve started reusing their masks, armed with copious coatings of hand sanitizer, for up to a week, even though face masks are typically supposed to be used just once. At one hospital, doctors have started reusing their masks and gowns, taping them to the wall in paper bags between use, the Wall Street Journal reported.

During the Saturday briefing, administration officials repeatedly said that 500 million more masks were on their way. But there was no clear answer on when, exactly, people on the front lines of the pandemic might actually get their hands on them. And Trump seemed to be in disbelief that providers couldn’t just slather sanitizer on the masks and use them again.

“We have very good liquids for doing this, sanitizing the masks, and that’s something they’re starting to do more and more.”

Cover: U.S. President Donald Trump speaks during the daily briefing on the novel coronavirus, COVID-19, at the White House on March 21, 2020, in Washington, DC. (Photo: JIM WATSON/AFP via Getty Images) 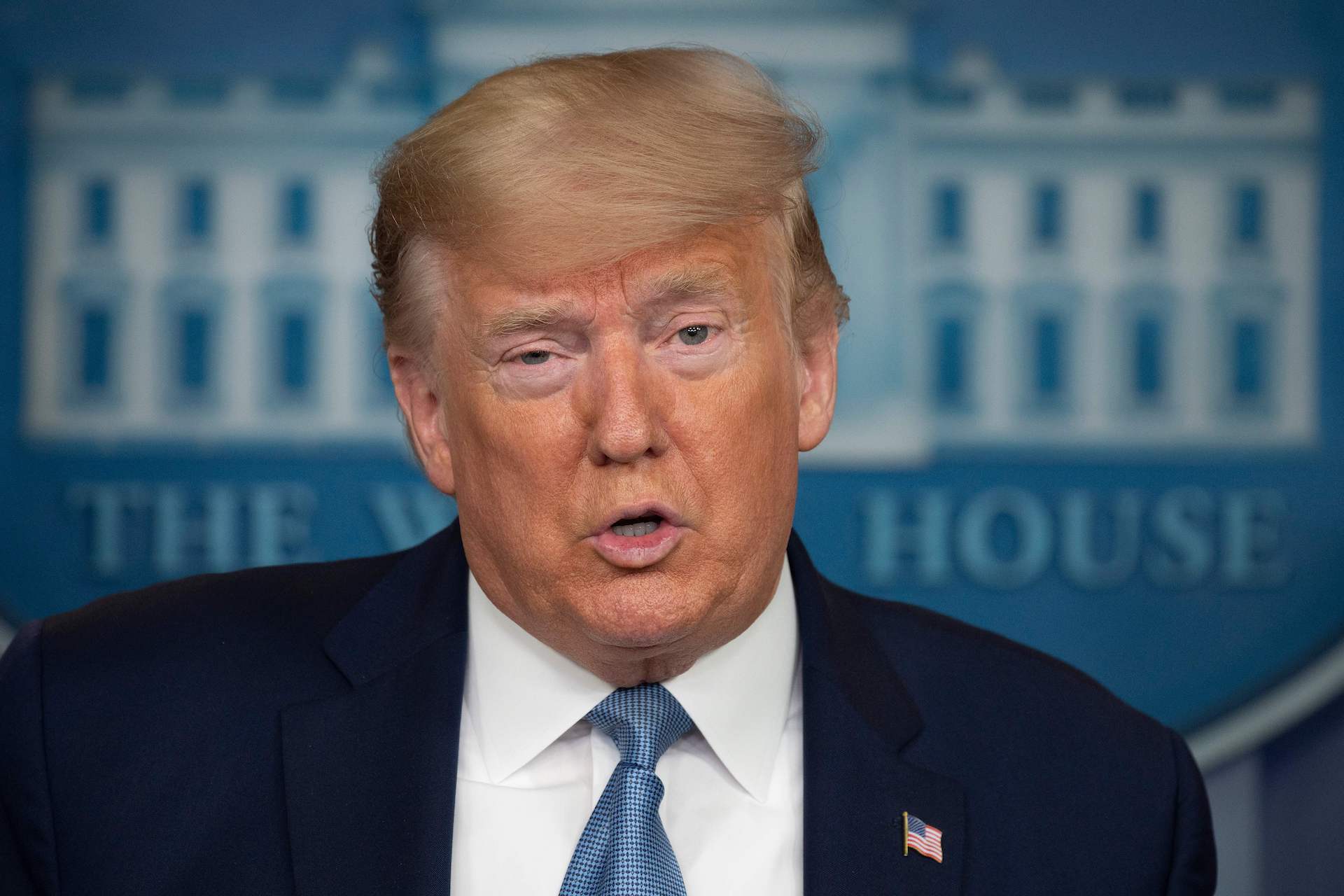 The U.S. Now Has More Coronavirus Deaths Than Any Other Country