The World Health Organization (WHO) confirmed another 4,777 U.S. cases on Saturday, up from 10,442 total cases the day before. The number of cases in New York State, the epicenter of the country’s outbreak, jumped by more than 3,000, bringing the total to just over 10,000. That means about two-thirds of confirmed cases in the country are in New York State, although Governor Andrew Cuomo has repeatedly stressed the increase likely comes from more testing. New York City alone now has almost half of the nation’s confirmed cases, with 3,000 positive diagnoses.

“We’re about 10 days away now from seeing widespread shortages of ventilators, surgical masks, the things necessary to keep a hospital system running,” New York City Mayor Bill De Blasio said on CNN on Sunday morning. “We have seen next to nothing from the federal government at this point.”

Worldwide, another 32,000 new cases of COVID-19, the respiratory disease caused by the coronavirus, were confirmed on Saturday, up from 24,000 the day before, according to WHO. Italy saw 5,986 new infections; Iran confirmed another 1,237; in Germany, new cases almost doubled, up 7,324 in a single day. China, which had reported no new cases for three days, reported 46 new COVID-19 cases and six deaths on Saturday. China has silenced doctors who tried to blow the whistle on the severity of the coronavirus crisis in the country, and, according to the WHO, 116 new cases of COVID-19 were confirmed in China.

In the U.S., about a quarter of all Americans are now under lockdowns of varying levels of severity which restrict their movement or operations of businesses deemed “non-essential.” Five of the U.S.’ most populous states have issued the orders: California, Connecticut, Illinois, New Jersey and New York.

But the World Health Organization’s leading expert on emergencies has warned that ordering people not to leave their homes might not be enough to fight the spread of the virus. The U.S., however, is also facing a shortage of tests and the chemicals needed to complete them.

“What we really need to focus on is finding those who are sick, those who have the virus, and isolate them, find their contacts and isolate them,” the WHO’s top emergency expert, Mike Ryan, said in an interview on the BBC’s Andrew Marr Show. “When those movement restrictions and lockdowns are lifted, the danger is the disease will jump back up.”

Cover: Photo by: John Nacion/STAR MAX/IPx 2020 3/21/20 Triage centers are set up in Elmhurst Queens to test for Coronavirus. 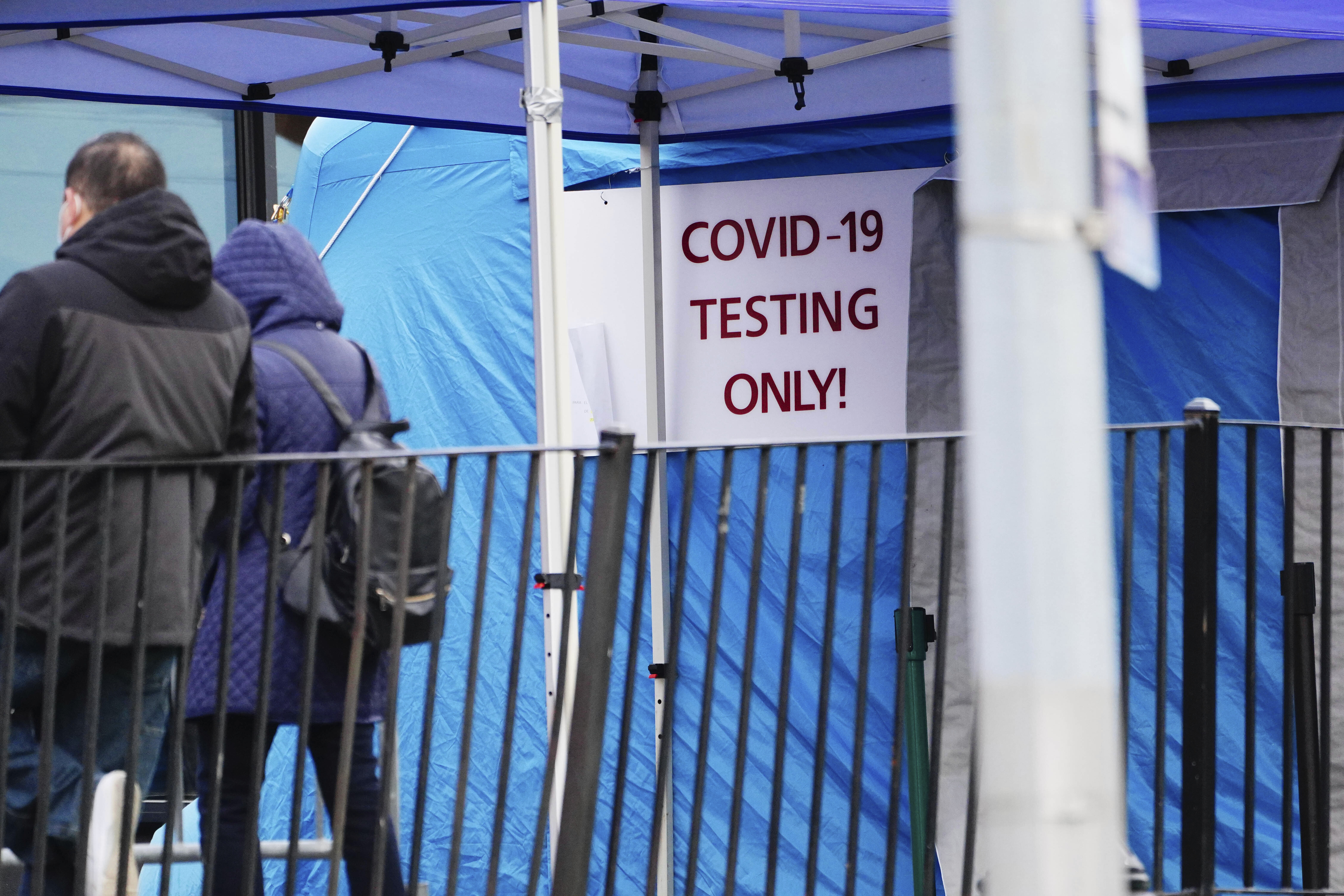 ‘Why Don’t You Act Like a Young Lady?’: Video Shows Cop Slamming a Woman into a Car