The Mediterranean Sea is situated in Southwest Europe, with regions extending from the shores of Croatia to Spain’s southern coast. It is a place rich in culture and beautiful scenic destinations. Some of its most touted wonders include its ancient history, breathtaking landscapes, and exquisite cuisines. It is, therefore, a popular destination for any traveler, and it’s no surprise that luxury Mediterranean cruises are in almost everyone’s bucket list today. A number of companies are offering luxurious Mediterranean cruise itineraries, spanning from Celebrity Cruises to the Royal Caribbean, to the Azamara Club cruises like the Azamara Journey-class ships. Most of these Mediterranean cruises depart from either Barcelona or Rome (Civitavecchia). 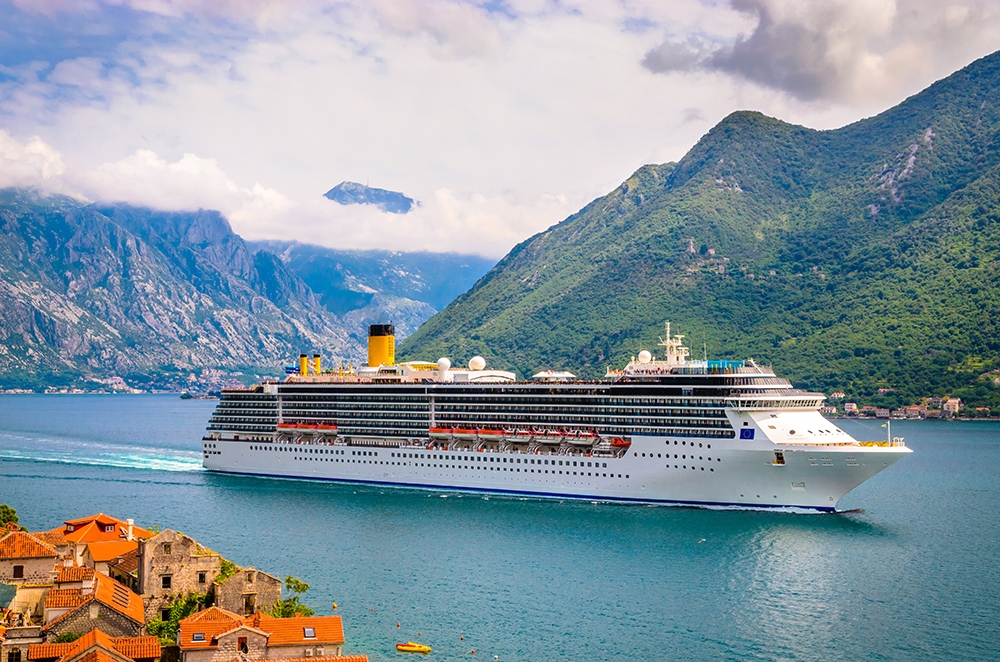 Highlighted below are some of the chicest places you can visit while on luxury Mediterranean cruises:

This is one of the most iconic islands because of its blue-domed churches resting on the cliffs of the extraordinary caldera and overlooking the Mediterranean Sea. Even if you could only visit Greek Island for a day, you should not leave without spending some time in the Oia village. A trip to Oia will definitely let you see why it is one of the top places to visit during your Mediterranean escapades. For instance, the whitewashed buildings atop each other on the steep side of the caldera, which can be viewed from the church’s roof, is just one of many exquisite adventures you can experience.

The Oia village also provides scenes such as the top of the submerged volcano that culminates into the unique aesthetic view of Santorini. The Oia village also provides you with a great place to watch the sunset, especially if your cruise ship can stay at the port a bit longer. As a practice, it is vital to make a reservation early with your cruise agency in case you want to watch the sunset from Oia.

Barcelona and the Buildings of Gaudi

The city of Barcelona is a place worth visiting on your cruise, especially if it is a tour of the architectural building by Antoni Gaudi, one of Barcelona’s most famous architects. The works of Gaudi have gained global prominence, with structures characterized by curved lines and gothic attributes. One of the most striking masterpieces of Antoni Gaudi is the Sagrada Familia cathedral. The work was not yet completed by the time he passed in 1926, but his vision is still being championed, and it is estimated that the church will be accomplished in the year 2026. These kinds of architectural adventures are some of the most magnificent sceneries in Sagrada Familia. Inside Antoni Gaudi’s architecture, you’ll be wowed by the sunburnt inspired ceilings, abstract structures, and gothic exterior that make this architecture full of splendor.

Cinque Terre is one of the most incredible places in Italy, as well as the Mediterranean sea. It is also one of UNESCO’s World Heritage sites. It got its name from the five small villages that make up the “five islands.” The five villages are lined with cliffs and beaches since they border the coastline. Adding to the village’s appeal is the existing trail connecting all the five communities. This trail offers an exquisite view of the sea as well as the surrounding farmsteads. Most travelers prefer hiking the trail, while others choose to take a convenient train between the towns as they have fun.

Venice is a classical wonder because of its water-based landscape. With buildings that are constructed over the canals and on stilts, it is referred to as the Italian city on water. Cruise Agency Australia lists it among the must-visit sites while on your voyage.

Taking a “gondola ride” through the canals while in Venice is typical of any new visitor, but more than that is taking a tour of the 11th century St. Mark’s Basilica, wherein the rooftop provides you with a birds-eye view of the city. Parallel to St. Mark’s Square, you will also find Doges Palace, which once served as the home of the rulers (doges) of Venice. Consequently, another place you can visit is the Bridge of Sighs, which is situated over a canal and is characterized by ornate details and white limestone exteriors. The Royal Caribbean cruise line has port calls in Venice, so you will most definitely find Allure of the Seas and Explorer Of The Seas, its famous class ships, here. So if you are riding the Royal Caribbean cruise, Italy should be part of your travel plans.

Anyone who has been here will tell you that the French Riviera is a conjurer of boardwalks and beautiful beaches, with the field of lavenders offering a convenient spot for visitors to enjoy their wine. The French Riviera is also famously known as the Côte d’Azur. It is home to multiple cruise ports like the cruise dock in Nice, Marseille, and Cannes.

Nice, for example, is popularly known for its extensive boardwalks lined with rocky beaches and luxurious shops complete with excellent restaurants overlooking the sea. Cannes, on the other hand, is mostly famous for its film festival. You can also have a pleasant experience here walking down the beautiful Rue d’Antibes or window shopping. While at Marseille, you can take your ventures to the Calanques National Park or you can also visit the sophisticated Notre Dame de la Garde.

Located on the south coast of Sicily, Malta is an island nation in the Mediterranean Sea. Most Celebrity cruises such as the Celebrity Edge and Celebrity Infinity are mostly found and operated from Malta. Its capital city is Valletta, recently named the Europe’s 2018 City of Culture. Such recognition definitely answers the question of why Malta needs to be in your bucket list as a top cruising destination.

The history that abounds in Valletta is evident from the old town’s gates, as well as the baroque and the modern influences that give the city its unique aesthetic. This ancient building is always a beehive of activities, complete with bustling shops and restaurants where you can serve yourself a taste of the local delicacies. You can also get a glimpse of museums and exhibits in art galleries about Malta’s history and culture, which are on open display. In the end, you will agree that Malta is an island full of beauty and natural wonders anyone would love to check out.

The southern coast of Spain is another area you should not miss while on your luxury Mediterranean cruise, with the beach of Costa del Sol in the Andalusia region of Spain offering a perfect place for beach lounging and relaxation.

Alternatively, you can take an excursion in one of Andalusia’s highly breathtaking sites, the Alhambra. This is a palace and a fortress in Granada, Spain that provides a magnificent example of Moorish architecture. Alhambra, was once the royal residence of the monarchs of Granada, with buildings dating back to the 12th century. The structures were well built and meticulously planned. Any visitor touring the Alhambra will be fascinated with its dreamy rooms, beautiful halls, as well as confounding tile works.

Cruising is a great way to tour many locations in a short span of time while traveling in the utmost luxury. The best thing about cruising is that you get to unpack only once. While on a Mediterranean luxury cruise, some of the places you can visit are Oia, Santorini, Barcelona and the Buildings of Gaudi, Venice Italy, Malta, the French Riviera in France, and Andalusia, Spain.