Indian police have been accused of beating a man to death for violating the country’s coronavirus lockdown, as citizens report a wave of police brutality in enforcing the new restrictions.

Lal Swami, a 32-year-old resident of West Bengal’s Howrah district, was beaten with long police batons known as lathis when he left his home to buy milk Wednesday, his wife told Indian media. He was taken to the hospital and declared dead on arrival.

His family say it was the injuries from the beating that killed him, while police say he died from a heart attack.

The alleged fatal beating is the most serious in a string of attacks by Indian police, many of them documented on camera, against people discovered out in public since the government imposed an unprecedented 21-day lockdown Wednesday.

Many clips circulating on social media showing officers beating people with lathis — sometimes ordering them to do humiliating tasks like push-ups in the street as they assaulted them.

Public anger was only exacerbated by a video tweeted, and then deleted, by a police superintendent in Chandigarh, which showed an officer spraying his lathis with disinfectant before going out to enforce the lockdown. The video, which was subsequently reposted by other Twitter users, was captioned: “Full tyari” (full preparedness).

Amid growing reports of police brutality, politicians and business leaders called on police to show restraint and allow for the delivery of essential goods such as food and medicine, which are permitted under the lockdown rules.

Shashi Tharoor, an MP for Thiruvananthapuram, tweeted that he had been getting reports from across the country that police were beating delivery people and people leaving their home to buy essential goods, with lathis.

READ: Indian doctors are being thrown out of their homes over fears they’ll spread coronavirus

“I appeal to [Delhi police and] police everywhere to stop this violent harassment,” he wrote. “Controls are OK. Violence is not.”

Krishnan Ganesh, the entrepreneur behind a number of major online food and medical goods retailers, told India’s NDTV that his delivery people were being beaten up by officers who were apparently unaware of the lockdown exemptions for food and medicine delivery.

“The cop there does not know that it’s an essential service, he has no mechanism to allow and disallow somebody,” he said. “In many cases, they are being harsh, they are beating up people. In Kerala, one of our health workers going to service a patient was arrested.”

In response to the reports, India’s central government said it would take steps to allow for the smooth delivery of essential goods, and Delhi’s Chief Minister Arvind Kejriwal said his government would issue digital passes to drivers delivering necessities to prove they were allowed to be outside.

Prime Minister Narendra Modi’s announcement of a “total lockdown” Tuesday gave India’s 1.3 billion people just four hours’ notice that they were being restricted to their homes for 21 days in a bid to stop the spread of coronavirus.

While Modi has assured the public that they will not face shortages of essentials, the lockdown announcement triggered outbreaks of looting and panic buying, and has led to widespread confusion over how people can meet their basic needs for three weeks.

Even before the lockdown was announced, K. Chandrasekhar Rao, chief minister of the southern Indian state of Telengana, signalled a hardline approach from the authorities Tuesday when he warned he might issue a “shoot on sight” order if people continued to breach a nightly curfew.

“Please don’t let it come to this,” he said. “The administration cannot stop everyone and I will have to call in the army or issue ‘shoot at sight’ orders.” 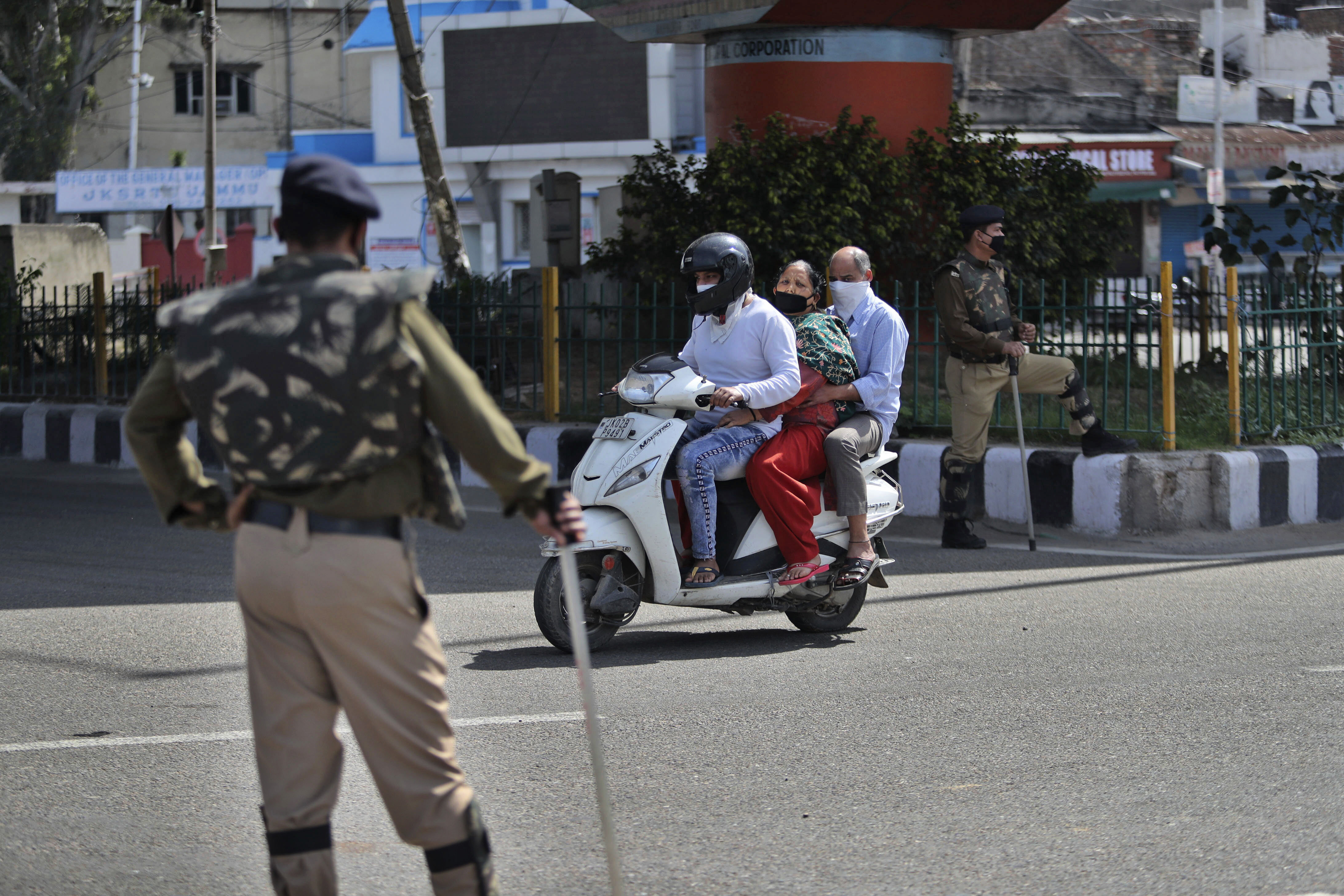 U.S. Coronavirus Cases Just Jumped By Almost Half in a Single Day