Venezuelan President Nicolás Maduro and several high-ranking members of the Venezuelan government were hit with drug trafficking, weapons, and narco-terrorism charges in the United States on Thursday, according to an indictment unsealed by the Department of Justice.

In addition to Maduro, the U.S. charged the chief justice of Venezuela’s Supreme Court, the leader of the country’s Constituent Assembly, and former leaders in the Venezuelan military.

“For more than 20 years, Maduro and a number of high-ranking colleagues allegedly conspired with the FARC, causing tons of cocaine to enter and devastate American communities,” Barr said. “Today’s announcement is focused on rooting out the extensive corruption within the Venezuelan government — a system constructed and controlled to enrich those at the highest levels of the government.”

The U.S. recognizes opposition leader Juan Guiadó, a member of Venezuela’s Constitutional Assembly, as president of the country. Earlier this month, Guaidó claimed that Maduro’s government tried to assassinate him.

The State Department is offering $15 million for information leading to Maduro’s arrest and conviction, as well as lesser rewards of $10 million and $5 million for Maduro’s alleged co-conspirators.

“While Maduro and other cartel members held lofty titles in Venezuela’s political and military leadership, the conduct described in the Indictment wasn’t statecraft or service to the Venezuelan people,” U.S. Attorney Jeff Berman said. “As alleged, the defendants betrayed the Venezuelan people and corrupted Venezuelan institutions to line their pockets with drug money.”

Asked if he ever expected Maduro to see the inside of a U.S. prison, Barr said he “expects eventually” to bring Maduro and his alleged co-conspirators into custody, and will “explore all options.”

“Hopefully the Venezuelan people will see what’s going on, and attempt to regain control of their country,” Barr said. 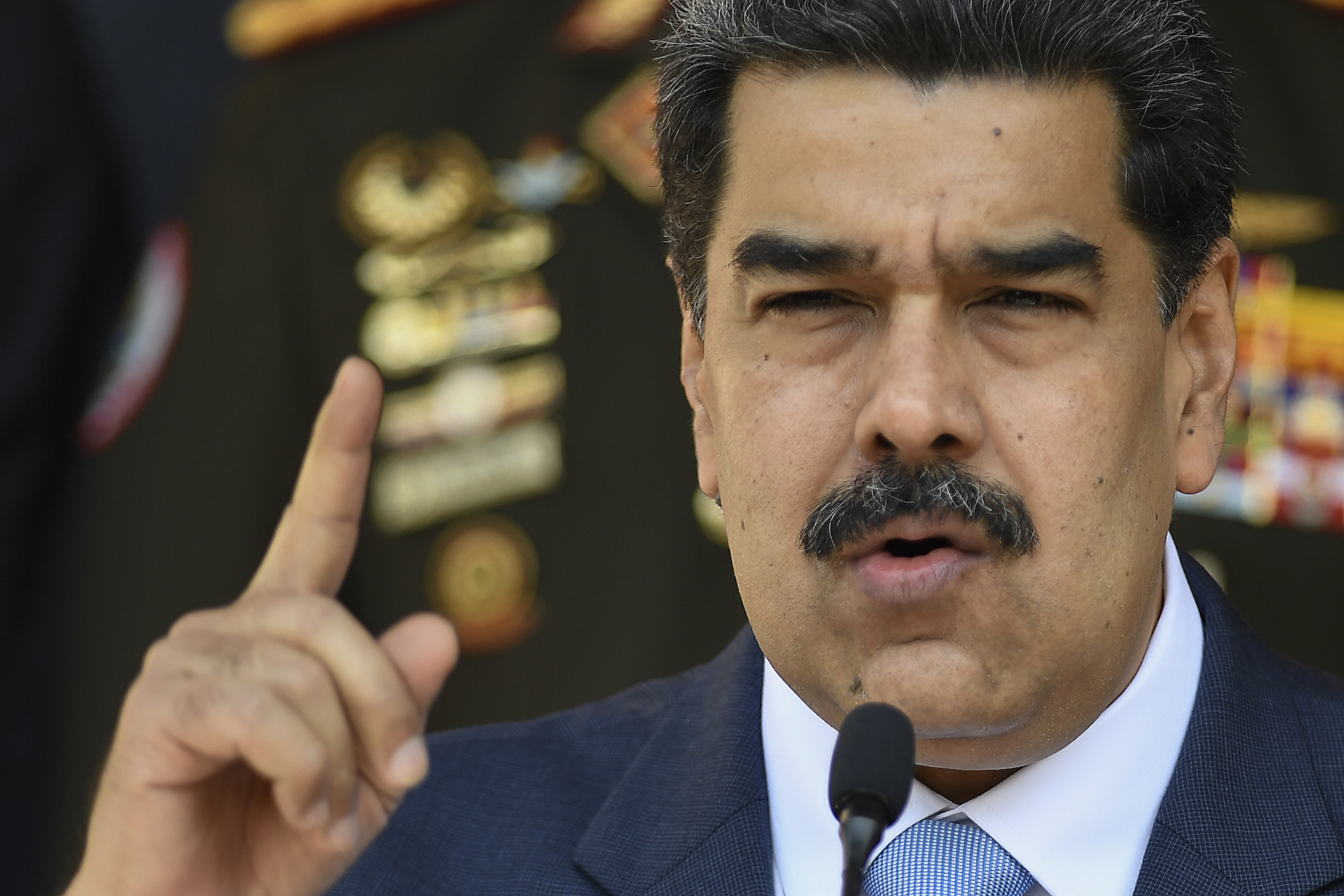