Thanks to coronavirus decimating the economy, more than 10 million people in the U.S. have filed for unemployment benefits in the past two weeks, and countless others couldn’t even file — because the nation’s system for claiming benefits is a chaotic and completely overwhelmed dumpster fire.

From Pennsylvania to Michigan to Texas, local media outlets report that newly unemployed people face a fresh hell of laggy websites, hours of trying to get someone on the phone, or, for gig workers, being plainly denied benefits despite a new federal aid package guaranteeing their care.

States were just woefully unprepared for this many people to be unemployed at once. In Pennsylvania, for example, more people filed for benefits in the weeks since the state closed all but “life-sustaining” businesses than did in the entire year of 2019, according to the Philadelphia Inquirer. And in Texas, the state’s workforce commission is fielding more than a million calls a day, when it used to handle 20,000 at most, according to the Texas Tribune.

In Florida, meanwhile, auditors had even tried to warn Gov. Ron DeSantis last year the state’s unemployment website experienced major issues on a good day, according to Tampa Bay Times. The website frequently crashes, and the alternative — getting on the phone with an actual person — can be just as arduous.

Michigan, Florida, and other states have urged the unemployed to be patient, saying their benefits are coming eventually. But that doesn’t help people who need money now. So Twitter is awash in their pleas to fix what appears to be an immensely broken system.

“I’m gonna lose my fucking mind dealing with Florida unemployment. Their website keeps fucking up, their phones keep hanging up. I’m done with this fucking virus and all of its bullshit. I just want to go to work and make my fucking money like normal,” one person said on Twitter Monday.

“NC unemployment is a joke. You can’t access the website. You can’t get anyone on the the phone. There’s thousands of people without jobs. THIS IS HORRIBLE,” another person wrote the same day.

Cover: In this March 18, 2020 file photo, visitors to the Department of Labor are turned away at the door by personnel due to closures over coronavirus concerns in New York. A record-high number of people applied for unemployment benefits last week as layoffs engulfed the United States in the face of a near-total economic shutdown caused by the coronavirus. The surge in weekly applications for benefits far exceeded the previous record set in 1982. (AP Photo/John Minchillo, File) 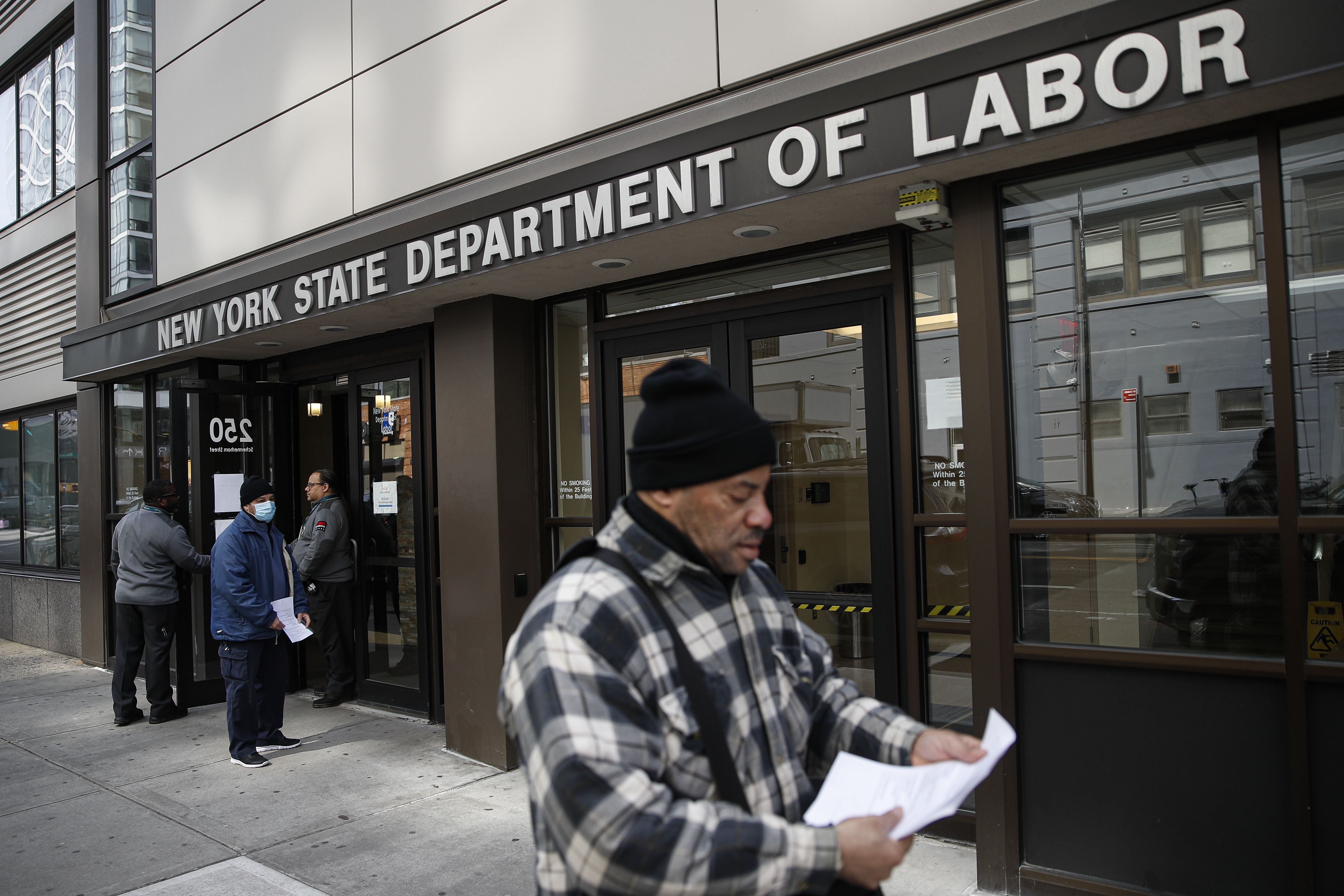